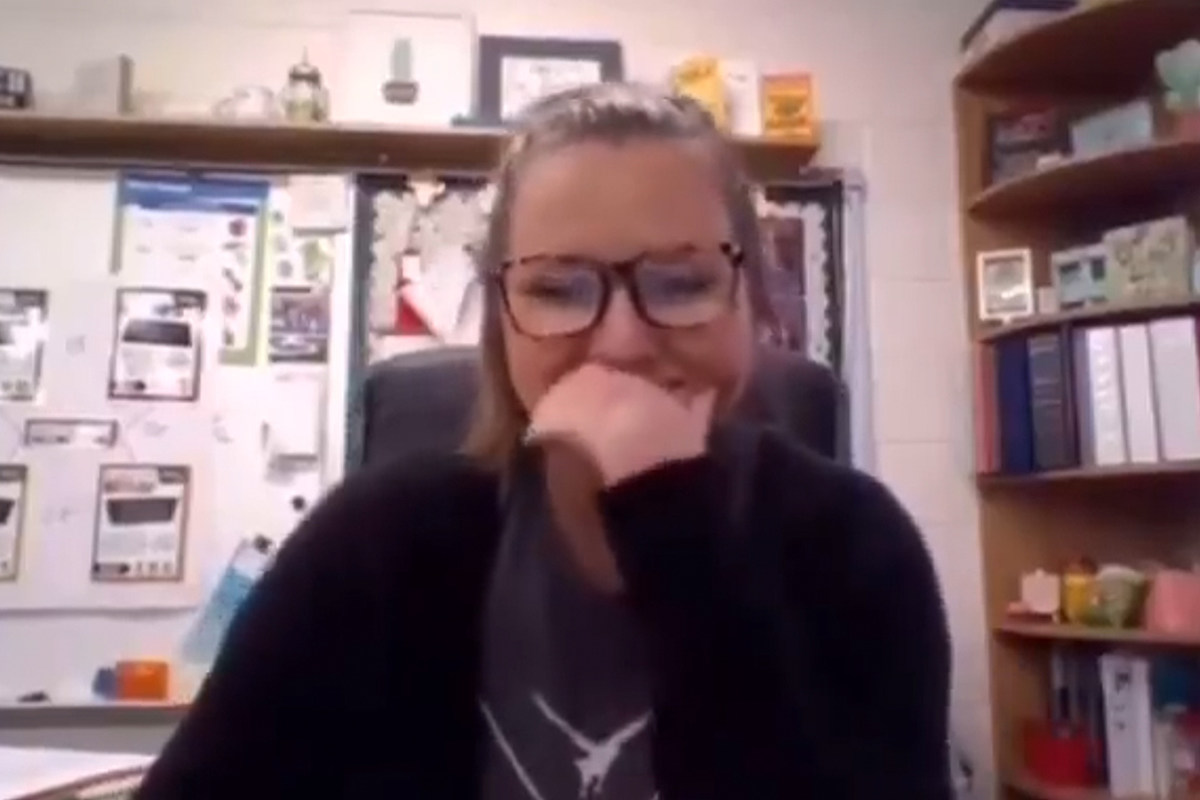 Emma Ginder, a third-grade teacher in Topeka, Kansas added some much needed comic relief to her virtual class by seemingly letting out a “toot” during a session, which resulted in an eruption of giggles from her eight year old students via webcam.

Ginder had just instructed her students to take out a book when an unexpected sound exploded into the silence — a massive fart.

“I think she farted,” said one of the kids.

“That was a big one,” another added.

“I don’t know who that was,” Ginder said, trying hold back her own laughter.

“It was you,” another student replied.

“I don’t know who it was but whoever it was might be a little embarrassed, so let’s stop,” she empathetically requested of her class.

“I still blame you,” a student replied.

But it turns out, the fart was faux and the noise was played solely to put a smile on her students faces.

“Some days you just have to play a toot sound during class to lighten the mood,” she wrote on the Facebook post. “Way too good not to share. Also, I apologize for having the maturity of an 8-year-old boy.”

“They’ve gotten to know me and they know that I’m one they should be comfortable with and they can joke around with,” Ginder told news outlet KSNT. “I love that we have that relationship with one another and I love that we can all laugh at a toot because it is funny no matter how old you are.”