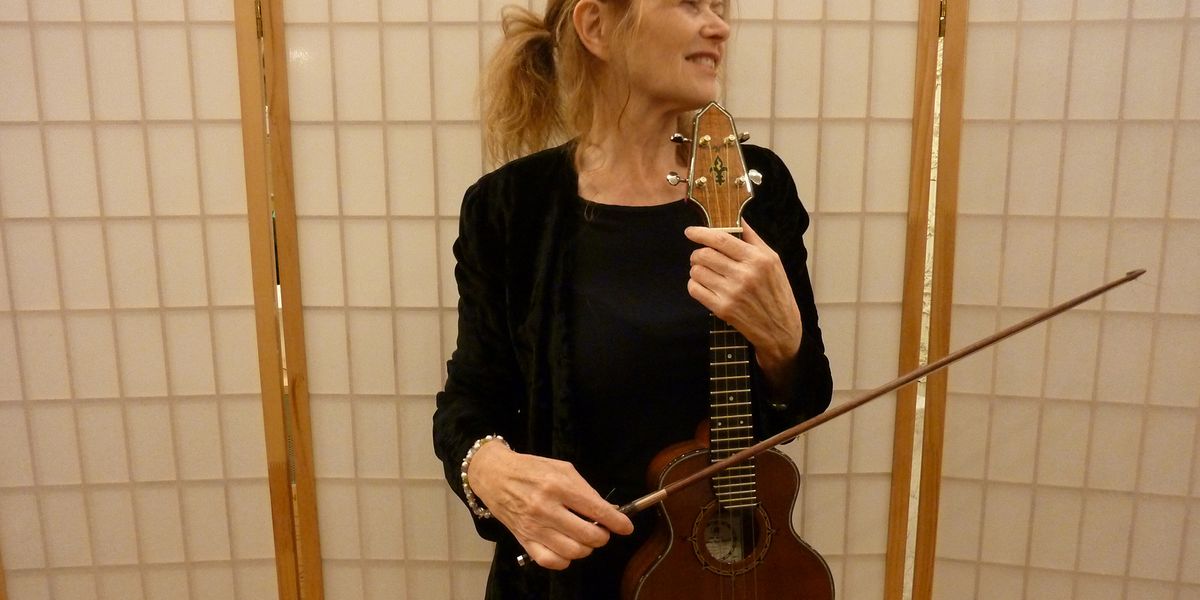 “It started with a bunch of broken bones and went down from there,” says music journalist and musician Sylvie Simmons. Speaking with PopMatters from her San Francisco home, the veteran journalist returns 15 August with her second album, Blue on Blue. Like her debut album, Sylvie (2014), the new collection was produced by Giant Sand’s Howe Gelb.

The road to its release was painful, in the most literal sense: The night that sessions began, Simmons was involved in a serious accident that involved a prolonged recovery. “It’s something I don’t really even like to talk about,” she says. “Very English. Sort of put a bow on it, and it’s done.”

“The whole story would go back to the first album I made,” she adds. “It was sort of an act of madness. I went into denial until the label announced the album. I thought, ‘I better tell everyone it’s coming out.’ You shouldn’t make an album if you’re a music journalist and don’t use ukulele to do it. I was expecting to be quite humiliated, and it was quite the opposite. It was an absolute wonder to me.”

She points to the early encouragement of Gelb and Leonard Cohen. She’d served as the latter’s biographer, spending several years writing I’m Your Man: The Life of Leonard Cohen. Touring behind the book, she took her ukulele with her and began performing some of his songs. “It struck me in a strange way as being less difficult to do than keep reading to strangers from a book that you’ve written,” she says. “It took on a life of its own, and as a result, I got less nervous when I was absolutely petrified before that.”

She and Gelb soon contemplated a sophomore effort, but as work on a Debbie Harry book took some unexpected turns and suffered delays, Simmons’ return to the studio was pushed back. Then, suddenly, she and Gelb had holes in their schedules to allow for tracking.

She went to Tucson and, almost from the moment she arrived, there were frustrations, starting with when Gelb picked her up at her hotel. “He has this Barracuda, a great old American car,” she says. “The second he picked me up, the car blew a tire. It was Sunday; he didn’t have a spare. Nothing was open in Tucson. We lost half the day, went into the studio, and did a series of first takes. It turned out to be a magical first session. Then things changed.”

The accident that occurred that evening ultimately altered her ability to play the ukulele and brought about a prolonged period of recovery. Friends, back home in San Francisco, cooked meals and offered musical gifts. “They brought things they thought I could play with one hand,” she notes. “The one thing that wasn’t broken was my right hand. Anybody who plays a stringed instrument knows that you really need you’re left hand if you’re a right-handed person. They kept bringing things, which was sweet, but it just made me even sadder. But I didn’t tell them that.”

In the end, she adapted her ukulele style to fit with her abilities post-accident. “There were songs that took a lot more movement of my hand than I was able to do,” she says. “But they’ll be on the next album.”

Mention of a third album prompts the question of whether she was aware she’d be making a second one after the first. Simmons says that her recording career was not merely about dipping her toes into the world of performance. “It seems that that was the other half of my personality,” she adds. “The music is entirely a separate being from my being a music journalist. I’m constantly writing, and until lockdown, I was constantly doing shows, albeit not the size of Woodstock. The music has become a part of everything.”

Although live performance became constant in her professional life, the first time she stepped out with voice and ukulele provoked some internal anxiety. “There’s a video of me online from I think the second of the shows I did in book shops. Leonard Cohen was on tour, so I thought, ‘I’ll go on tour too.’ My friend Rob Laufer came and played guitar. We did two songs, but you can see in that video, I’ve got a pale face and a smile. It’s sort of a three-year-old’s smile.”

She adds, “It’s not as easy hiding behind a book as it is hiding behind a ukulele because people are looking at it and thinking, ‘That’s curious. What’s she going to do?'”

Teenage aspirations of life as a singer-songwriter were quickly supplanted by her career as a music journalist, which has involved bylines in Sounds, Kerrang! and,Mojo. With scores of credits to her credit, she remains of the premiere music journalists. “I became a journalist because I couldn’t be a rock star.” But, she adds, experience and time helped her build confidence. “I think things get easier as you get older. You don’t get as terrified. The Leonard Cohen thing went down so well, people sitting there in hushed silence, was somehow gratifying.”

That gratification has carried her to Blue on Blue, a record that is both succinct and breathtaking. The former quality, she notes, is partially informed by the decades she’s spent as a listener/critic. “Over the years of writing books as well as journalism, you become your own editor,” she offers. “If you’ve got any pride in your work, you don’t want somebody else editing your work. The whole thing about killing your darlings happens. I remember that on the first album, the song ‘Moon Over Chinatown’ had an extra verse on it. Howe said, ‘It’s probably better if you don’t have that other verse.’ I said, ‘It’s kind of short that way.’ He said, ‘Yeah, leave them wanting more.'”