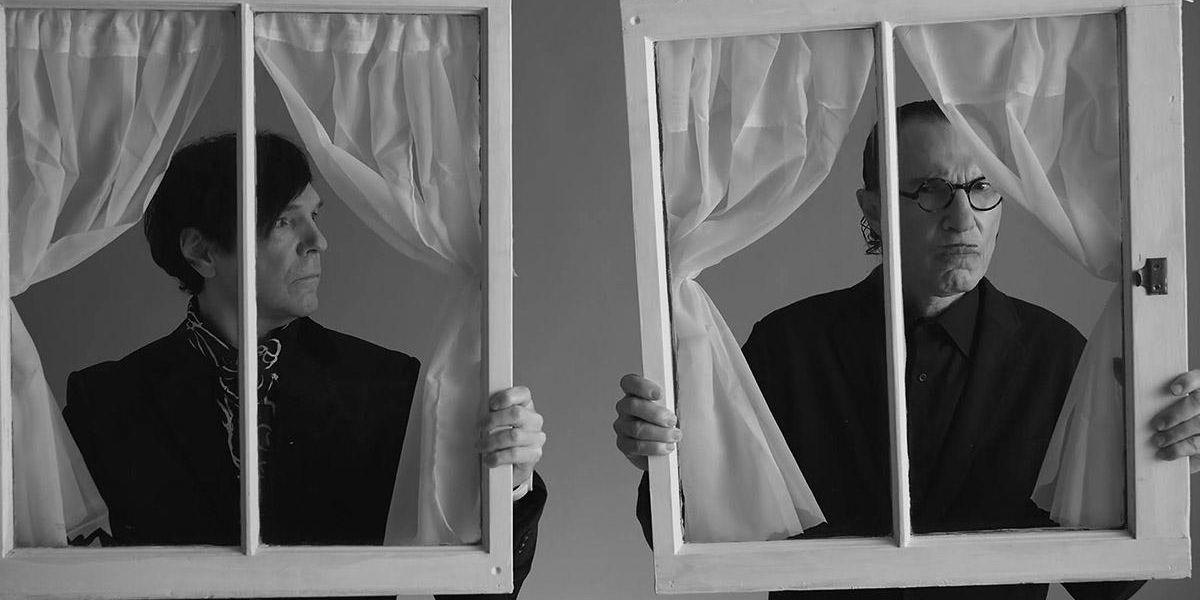 Edgar Wright’s bulky new rockumentary The Sparks Brothers—premiered at this year’s Sundance Film Festival—exposes a band not at the vanguard of pop experimentation at any point in their career, but drifting through separate eras of underground cool since 1967: from glam rock and proto-punk to synth-pop and electronic dance music (and beyond). Ron and Russell Mael are underappreciated veterans of an industry built around ephemerality, still somehow delivering music to a relatively modest but implausibly devoted fan base after five decades of service. Wright’s film, which acts as a full-throated initiation and an all-star tribute, seeks to finally give them their due in a way that aims to be as quirky and bold as the band itself.

But while the music of Sparks may defy archetypes, The Sparks Brothers embraces them. At over two hours long, the documentary goes big in trying to appeal to dedicated fans and introduce new audiences to the wayward world of the Mael brothers, diverting its priorities in the process.

The film’s overarching structure is based on a chronological breakdown of the history of Sparks, from their L.A. upbringing to their early recordings as Halfnelson to their compulsively evolutionary career as a commercially and critically revered staple of left-field pop radio to their continued success in the present. Wright assembles a pop-cultural menagerie of celebrity talking heads as his backup fanclub: Beck, Flea, Giorgio Moroder, members of Duran Duran, New Order, Sex Pistols, and Sonic Youth, actors like Jason Schwartzman, Mike Meyers, and Fred Armisen, and more. Wright clearly wants newcomers to understand that Sparks is beloved like few other bands, and he wants fans to know that they’re respected and appreciated by mainstream artists—even though it sometimes may not seem like it.

There’s a style to The Sparks Brothers that’s unshakable. Wright, the director behind distilled genre exercises like Hot Fuzz (2007) and Baby Driver (2017), doesn’t superimpose his signature rapid-cut editing or pulse-racing energy on the project, but elements of his sleek sensibility and especially his versatile humor foster the film’s light and welcoming touch.

In his interviews with the Mael brothers, Wright emphasizes both the band’s uncanny creative approach and their weirdo sense of humor, but that spirit stretches into the entire film. Interviewees, for example, are often introduced with cute, jokey lower thirds, and discussions on important Sparks songs—”The Number One Song In Heaven”, “When Do I Get to Sing ‘My Way'”, “Balls”, “Dick Around”, etc.—are preempted by title cards that give often ironic dictionary definitions to words in the title. A couple of segments even adapt the format of viral, corporate-produced web videos, like Ron and Russell answering “frequently asked questions” or delivering fabricated fun facts about the band. These touches are silly and fun, but not exactly inspired flashes of creative storytelling.

Much more impressive and charming is the film’s unusual multidisciplinary approach that brings together collage, clay animation, and even 2D anime-style art—all used to depict major career moments—with traditional archival footage and the modern black-and-white interviews that form its backbone. It’s an adaptable style that captures the truth of Sparks as a “Hollywood” band with an obsession with European visual art like the cinema of Swedish director Ingmar Bergman and the French New Wave; on the one hand, you have the irresistible commerciality of the all-star talking heads, and on the other, you have an unconventional artistic tilt that transports you to new and unpredictable worlds without warning. That’s a contradiction that Sparks—or any other art-pop band—holds deep within itself.

[Interviews with Edgar Wright: “Expect the Unexpected: A Conversation with Sparks”, and Bang Bang Bang to the Beat: Edgar Wright on His Musical Approach to Action in Baby Driver]

But The Sparks Brothers runs into the same problem of nearly any long-form story about a decades-old musical project: the endlessly repeated arc of success and failure. Any band that’s transformed as many times as Sparks has is bound to have more ups and downs than a film could conceivably document. After hour-one of Wright’s film, that recurring theme starts becoming tedious; landmark albums like Kimono My House (1974), No. 1 In Heaven (1979), In Outer Space (1983), and Gratuitous Sax & Senseless Violins (1994) are all said to have been followed by periods of great change, fumbled collaborations, shattered projects, and wasted years, but Wright treats every misstep as a turning point and every comeback as a revelation.

It’s also unfortunate that a film about Sparks is so concerned with the band’s profit-making viability at any stage of their career. As the interviewees say, Sparks cannot be defined by their commerciality, but The Sparks Brothers spends a lot of time on it anyway. It certainly makes for a familiar narrative, but why should Sparks fans—or would-be Sparks fans—want a familiar narrative in the first place?

Any attempt to capture the Sparks’ long and varied history is going to be a difficult magic trick to pull off. How do you tell a story about a band that has hundreds of them? In its mission not to scare off newcomers, The Sparks Brothers turns out to be more of a documentary about a career than a personality, leaving you knowing more about the history and the music but not much about the singular minds behind it. But like the Maels’ tumultuous legacy, it still feels mostly like a (very bumpy) success. There are parts of it that make you want to listen to and make music, have fun, and create something. At the film’s best, you start to wish that all of your favorite bands had this kind of celebration in cinema. But then, not every band is Sparks.