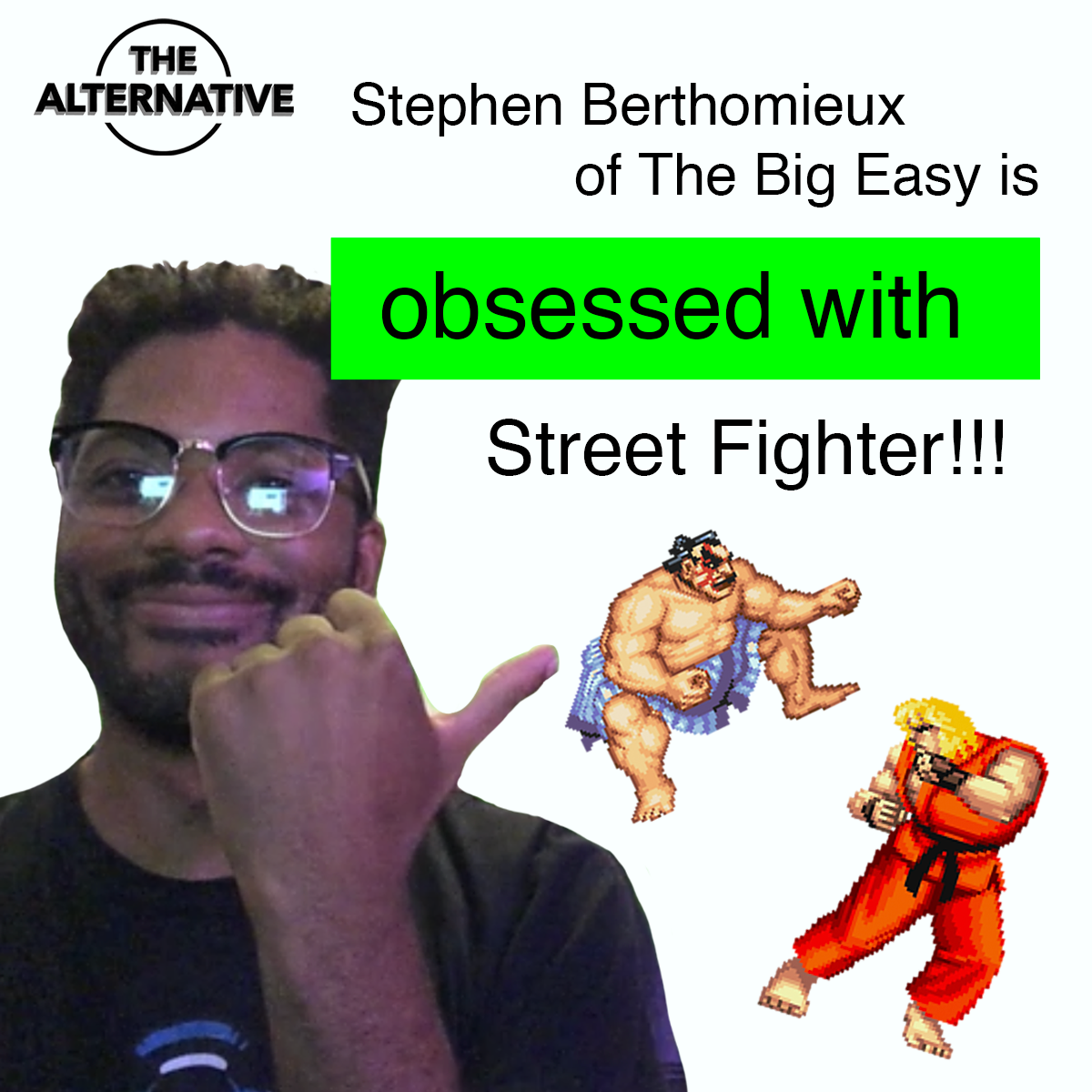 Stephen from The Big Easy Is Obsessed With Street Fighter

In our new video series Obsessed With, we ask musicians to wax poetic on the topics they’re most passionate about. On this episode, Stephen Berthomieux from The Big Easy (a band who The Alt writer Adam Parshall described as “the house band playing weekly in the dive bar of my dreams”) gives us the lowdown on the incredible power of the video / arcade game Street Fighter. An old-school one-on-one fighting game that was rescued from the brink of obscurity to become a huge esports franchise, Street Fighter granted Stephen endless hours of entertainment both at home and in the competitive NYC gaming scene.

Imagine a hot, sweaty, crowded arcade in New York’s Chinatown full of the sounds of people screaming and cheering as their favorite players complete battle moves like “lightning kick” and “cannon spike” and you basically have the right idea of Stephen’s adolescent Street Fighter experience. Stephen recounts his days at Chinatown Fair Arcade, and his experience watching the game go from local amusement to huge moneymaking e-sport franchise. He also ties in how similar the social scene of video gaming is to DIY music—basement hardcore shows and arcade fight nights aren’t so different after all.

Check out the full video above and subscribe to The Popdosemagazine’s YouTube channel for lots of tasty musical video content. Our debut episode of Obsessed With featured Avery Mandeville of Little Hag waxing extremely poetic on her love of the music from the year 2002.

And go listen to Stephen’s band The Big Easy on Bandcamp.

Obsessed With is a video series created by Madison Van Houten and Molly Mary O’Brien.