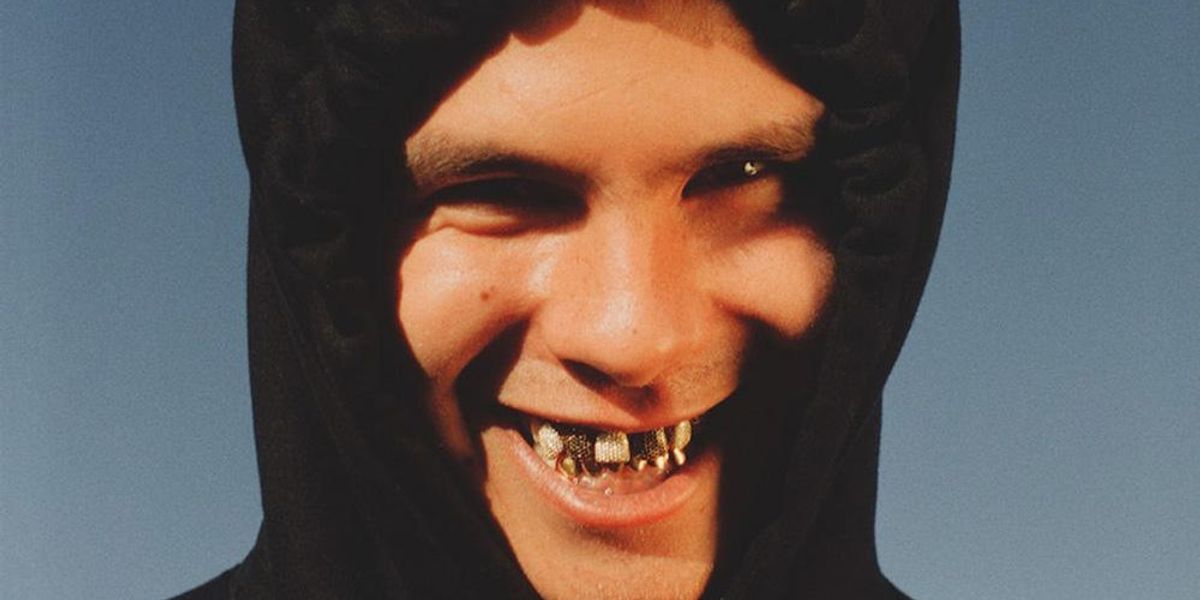 Like a lot of artists, Slowthai had a long time to himself to think about things. Lockdown has been the source of inspiration for many performers, and the Northampton rapper is no exception. The time between his new album, TYRON, and his last, Nothing Great About Britain (2019), has made him introspective and highly critical and self-aware of his behavior, particularly his destructive tendencies. Cleaved neatly in two, the first half of the record is blustery flossing, with sneering defiance; meanwhile, the second half of TYRON is emotional and sensitive, showcasing Slowthai’s vulnerability. The first half of the album is solid with virtuoso spitting, witty and imaginative wordplay, and engaging production. But the second half is brilliant, with Slowthai showing a sensitive and profoundly feeling side to himself.

With a public persona that mines punk attitude and rebelliousness, it’s no surprise that the first clutch of tracks on TYRON work as lyrical FU’s to standards of good taste and morality in society. The rage and contempt that he expresses for mores are evident in the lyrics, which can be obnoxious, boasting, and violent. But it’s undeniable that he also has a deep intelligence and a sharp wit.

“Cancelled” is particularly funny and audacious given the negative press he received due to his boorish treatment of comedienne Katherine Ryan and last year’s NME award show. Though for the record, Slowthai apologized, and Ryan has largely swatted away any righteous public indignation on her behalf. Slowthai trades verses with fellow rapper, Skepta, alluding to award shows and boasting of riches and career summits.

And the deliriously taboo-smashing “Mazza”, featuring the incredibly skillful A$AP Rocky, has Slowthai running his mouth, expressing sentiments like “Feeling like these drugs made me better than I was” and “Feel to revert to my old ways / Cricket tickets, wraps of cocaine / Sticky fingers, shoplifters.” He’s unapologetic and unashamed of evoking seemingly unseemly imagery like making “the place look like a murder scene”.

But as bracing as the first half of TYRON can be – and the rancor can be dizzying – it’s the slower, melancholic part of the record that is the revelation. Looking to melody and moody hooks, the ballads on the album are just as honest and unvarnished as the first half of the album, but the rapper takes pains to show his openness, and the truth and frankness are stunning.

“Terms” is a ruminative, slow number with some similar themes of “Cancelled”, with Slowthai, joined by Dominic Fike and Denzel Curry, simultaneously laments and is clear-eyed about his fame and its ensuing consequences. The song is autobiographical, looking at his past and commenting on his present (particularly how his public behavior seems to be censured by some arbitrator of good taste and class. And his past finds its way in the album’s loveliest moment, “Push” a nearly-folksy dirge with lovely accompaniment by singer Deb Never.