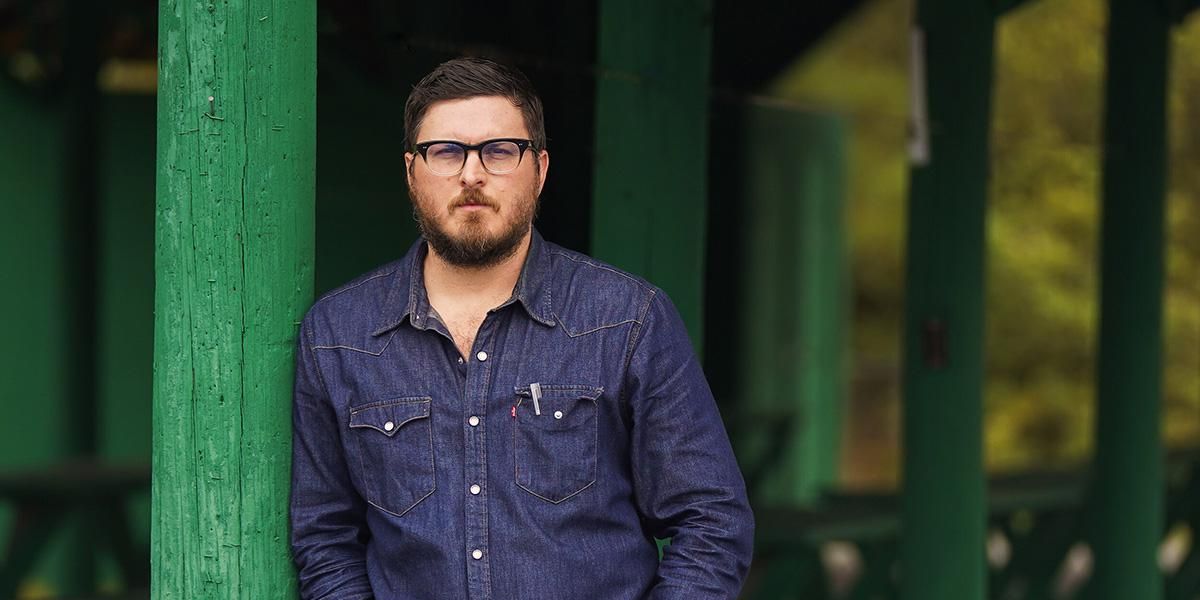 Calico Jim‘s songs take place mostly in rural North Georgia, where James “Pony” Bradshaw has lived for the past 15 years. The location is essential. It helps shape the characters’ temperaments and behaviors. It’s a place where people say things like “I’m bellied up in these blue hills”, “hog killing weather’s making its moves”, and “I ran like the dickens through the slack-jawed pines”. I’ve not been to North Georgia and have no idea if Bradshaw accurately records the way its denizens talk or if this is some sort of literary conceit. Sometimes, Bradshaw just makes up things, such as the plant with healing qualities called “Sawtooth Jericho”. He thought he read about it as a sort of ginseng-type flora, but after penning the song, Bradshaw is unsure where he learned about it and thinks he may have just imagined the herb.

Bradshaw uses the regional language (real or not) and other local distinguishing physical details to set the tone and further the plots of his absorbing narratives about sixth generation hillbillies, a snake-handling preacher, a crystal meth-addicted Mennonite woman with a lazy eye, and other eccentric folks. Their situations and are more important than their personalities. Georgia’s geography has a mythical role to play in his characters’ lives. Bradshaw uses the particulars to lure one into his imaginative world and provide context into how one is shaped by one’s environment. Bradshaw’s a fine craftsman who uses details to capture the spiritual aspects of quotidian reality: i.e., a moon is what “burns a hole into that restless sky”. Every person, place, or thing has a specific essence worthy of value.

Bradshaw says, “‘Calico Jim’ is about being a displaced Southerner, but not regretting it and not wanting to leave. Just embracing where he’s from and being okay with not being like everyone else. It’s not necessarily autobiographical, but there are some things in there that seep in from my own opinions and thoughts for sure.” Bradshaw’s Jim outsmarts the men in suits and snakeskin boots who spit lies and tobacco juice. Jim knows the transcendent value of where he lives and isn’t about to get cheated by big-city outsiders.

Besides writing all the songs and playing lead acoustic guitar, Bradshaw is the primary vocalist on every track. He sings with just a slight drawl. The Southern twang is understated for emphasis. Bradshaw knows how to twist a phrase to emphasize the action, so when a man “spit out a stream of the devil’s semen” (i.e., snake venom), Bradshaw accents and lengthens the words “out” and “stream” to suggest the large amount of poison involved. His characters are not the grotesques of Flannery O’Connor but more closely resemble characters from a Harry Crews novel whose eccentricity does not preclude them from living in the modern world.

The songs move to a rambling lilt that suggests the slower Southern pace of doing things. The music never drags, thanks in part to the tightness of the small band. Bradshaw’s accompanied by Cody Ray on various electric guitars and lap steel, Aaron Moehler on bass, Paddy Ryan on percussion, Philippe Bronchtein on pedal steel and Hammond B3, and Casey Collis on fiddle and banjo. They recorded in Little Rock, Arkansas, rather than the Peach State and lived together for a week to bond with each other. They let their music flow like the nearby river winding through wooded hills, never stopping or rushing on its way to its destination. As the characters in “Foxfire” note, taking one’s time puts one on the righteous path.

The ten cuts on Calico Jim may look backward and describe the richness of traditions, but there are also acknowledgments of more current ills like strip mining and not being able to find a job or live off the land. Like “Pork Belly Blossom”, the best songs combine dreams and reality to create a wondrous world of sulfur, mist, time travel and bawling at the moon. “We all end in a fugue state”, according to the cryptic moral of the song. The mystery of existence remains a mystery.

Bradshaw uses the Southern trappings of his tales to ground them, but these story songs are not limited to local color. The North Georgia elements function to enrich the tales, but he’s concerned with the larger questions we all face in the desire to find meaning and purpose in life. These compositions bounce around in your head long after the music has ended.