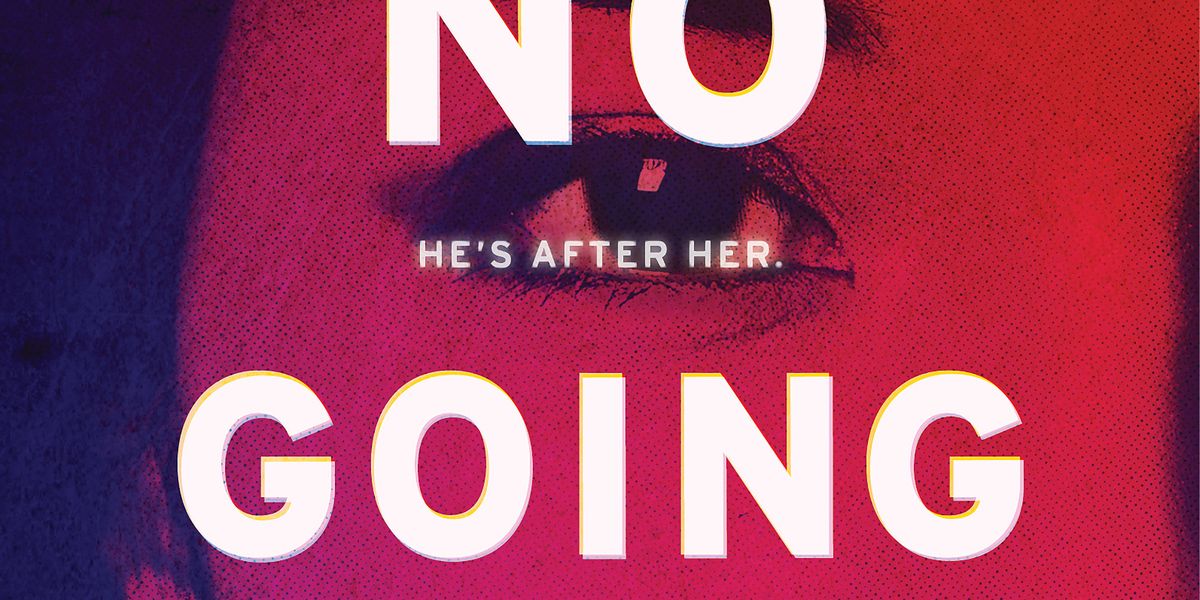 “Everywhere you look there is a story of a man terrorizing a woman for reasons of his own” (229). No Going Back by Sheena Kamal is not one of those stories. Kamal’s main character, Nora Watts, is simultaneously pursuing and evading the crime lord Dao in a circular game of cat-and-mouse. Dao is a powerful enemy. Embedded in organized crime, all his wrongdoings are abetted by wealth and social capital. It’s paramount that Nora stops Dao for more reasons than to save her own life: he’s also targeting Nora’s teenage daughter, Bonnie, as part of his revenge plot.

No Going Back finds Nora uncovering a shadowy criminal cabal where Dao is the preeminent conquest. Whereas the novel is listed as a mystery, there are no red herrings as Dao is the disputable antagonist. Kamal unfurls a thrilling plot inundated with tense action personified by a dynamic, albeit flawed, female protagonist.

Kamal’s novel utilizes crime-noir tropes but with purposeful deviations. Nora is the ultimate outsider. She wonders if she is the genre’s typical femme fatale, but she fails to fully recognize herself in the archetype. Obviously, she’s not the femme fatale, she’s the story’s hero, although she rejects that identification because she admits a hero-complex is problematic. She’s unable to maintain healthy familial and romantic relationships, “I have never a home or a good memory of family” (82). She realizes this would probably trouble many, but she accepts it as a vital characteristic.

Informing Nora’s fatalism are her struggles with sobriety, typical of crime noir’s antiheroes. Her alcoholism paints her humanity, especially as she watches her friends struggle with their addictions and relapses. Nora also knows she’s on society’s margins, “part indigenous, part Palestinian — two bloodlines were basic human dignity has been historically denied” (228). Despite this, Nora finds strength in her ability to track and read criminals. She’s shrewd and unapologetic, often in defiance simply because she’s confident in her decisions. Nora is absolutely formidable.

The crime noir genre became a popular form of escapism during the Great Depression, then resurged in the Nixon era. Crime noir’s characters operate outside mainstream society. Their discontent and rejection of authority are subversive in a way that’s impossible on a daily basis. It makes sense that Kamal revives the genre for this contemporary moment.

Dao is a member of the global elite, specifically the ultra-wealthy who garner wealth through criminality. When asked if she hates the rich, Nora sarcastically responds with “I eat the rich” (191). Here Kamal uses a single statement to construct a deep reference to Rousseau, Aerosmith, and the protest cry of economic inequality activists. No Going Back centralizes; economic inequality is defined, then censured. Through Nora, however, Kamal strips the wealthy-elite from their power, possible as part of the plot but seemingly futile in real life.

No Going Back‘s characters are primarily people of color, with several identifying as queer. In Kamal’s hands, her characters no longer reflect societal taboos but are affirming individuals who’s literary presence challenges systematic whiteness. Simone is Kamal’s most well-developed secondary character. A computer analyst and drag-queen, Simone meets Nora at Alcoholics Anonymous. Simone’s contributions to the plot are through her technology skills, intelligence, and self-awareness. Her gender performance is situated as only a part of her identity.

It’s through Simone, though, that Kamal also complicates Nora’s character. Nora finds Simone mid-relapse. At this point, she’s not in drag, and Nora is “seeing for the first time her alter ego, Simon” (149). What follows is a thoughtful internal monologue where Nora contemplates pronoun use and worries about getting it wrong. There’s no judgment towards Simone. Rather, Nora’s hesitation is with understanding a new element of their relationship and not wanting “to upset this friend of mine, who is going through something I understand all too well” (149). This is precisely what sets Nora as a multidimensional character, never eclipsed by her flaws, but striving for betterment.

In relation to her flaws, Nora is also equipped with a multitude of talents. Beyond her intellectual alacrity, she’s a talented singer. It’s through music that Nora develops connections with other people. She uses music to emote in a way she cannot otherwise display. As such, Bob Marley, Leon Bridges, and Aretha Franklin are referenced, as well as general references to Motown and the Blues. Artists and genres identified for the powerful of their conveyance of emotion. Fredric Chopin’s “Nocturns” frequently play as background music, serving as a tangible subtext throughout No Going Back.

“Nocturnes”, translates into “songs of the night”, thereby reiterating crime noir’s association with the night. Figuratively, “Nocturnes” embodies an emotional paradox similar to Nora’s character development. In a comparison of composers John Field and Chopin, Franz Liszt describes the latter’s nocturnes as expressing an incommunicable emotion. He suggests the pieces are “harmonies which are the source of our most ineffable delights, but likewise, the restless, agitating bewilderment to which they oft give rise” (Wagenheim 18). It’s an apt parallel to Nora’s behavior and psyche.

Whereas No Going Back is a successful thriller, Kamal takes two-thirds of the narrative to build the tension. It can be said this is the marker of a slow-burner. But her reliance on minuscule detail decelerates the storyline. The quantity of secondary and tertiary characters muddies the story while burdening the pace. The sheer quantity of characters engendering the billionaire criminal archetype is tedious.

No Going Back is the third installment of the Nora Watts series, with book one and two concretely placing all these characters. Despite this, No Going Back is readable as a standalone text, but a series reading would certainly mediate the novel’s inconsistencies.

Regardless of one’s familiarity with the Nora Watt’s series, No Going Back is an engaging psychological thriller. Kamal’s writing is canny. Her avoidance of an ahistorical crime-noir retelling is praiseworthy. Hopefully, this isn’t Nora’s finalé, as she will undoubtedly continue to beguile and intrigue.