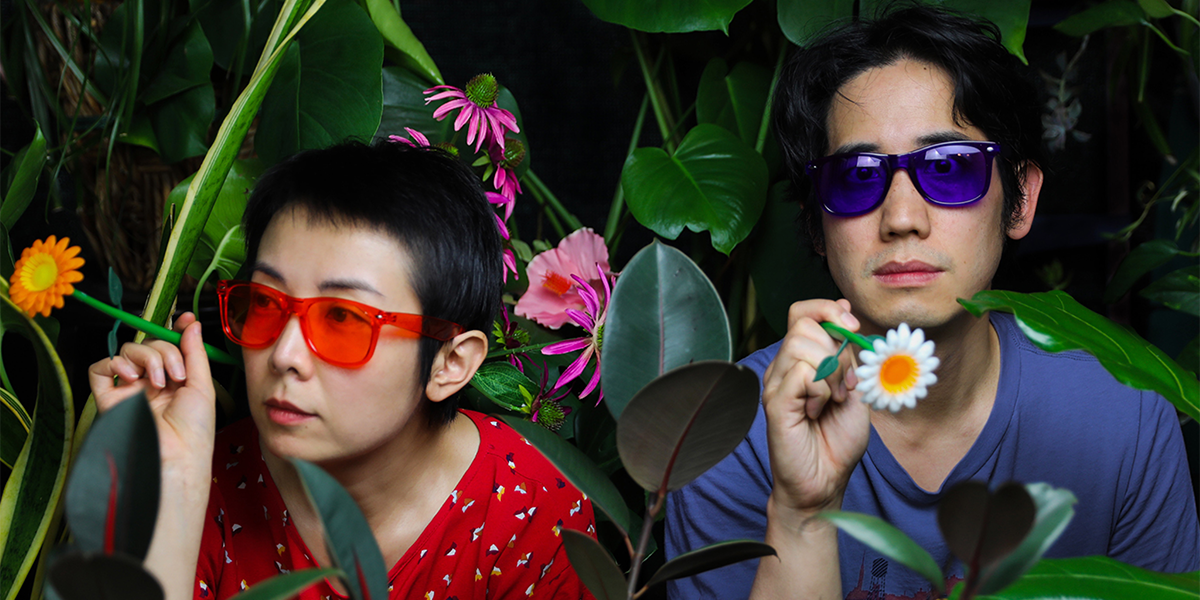 The worlds that the Shanghai Restoration Project create are unfailingly sublime. Soothing, the group intrigue with their intricacies rather than overwhelm. Over the last 15 years, the duo have moved from Shanghai’s streets as reimagined on their 1930s jazz-influenced eponymous debut both upward and outward, exploring mythology and nostalgia in past, present, and future. Last year’s Flashbacks in a Crystal Ball saw them play with this sense of temporality in new ways, looking back but making music firmly rooted in newness. Now, as the inside world becomes a more integral part of the day-to-day human existence than ever before, they return with Brave New World Symphony.

Brave New World Symphony begins solemnly, electronic signals floating through the vastness of space over a legato backing drone and eerie rolling winds on “R0”, a track that blurs melancholy and serenity in smooth liminal space. The composition picks up speed on “Involuntary Prophet”, which takes on more moving parts as it goes on. Spaced-out electronics build into thicker and more concrete patterns, finally leading into flurries of bright, terrestrial keys: the distinct feeling that something alien has landed on the surface of our bustling planet.

In Shanghai Restoration Project’s hands, the planet in question is a place well worth exploring, especially in the midst of overwhelming change. The album’s first buoyant vocals on “Present Continuous” look inward at pandemic life with a spirit of curiosity as they describe a world that is, if not obviously brave, undoubtedly new. “Faces gathered on screen / With a slight delay / All month, same pair of pants / And no more need for shoes.” It’s a typically quirky examination from the duo that explicitly places us in a space and time we know well.

The rest of the album sees the Project world-building on a smaller scale than usual, but one no less touched by a sense of wonder as the duo responds to a world in upheaval with complex effect. “Quest for the Silver Bullet” shimmers with urgency beneath sedate overtones; “Hart Island Hymn” is a gentle, wordless elegy in apparent commemoration of the bodies buried on the titular island floating just outside the Bronx, including the unclaimed, the unknown, and victims of pandemics and epidemics throughout time.

Warmth permeates lively “Balcony Garden”, with synths as lush as its name implies. “Positive Disintegration” carries the heat of social change, celebrating the results of struggle and breakdowns of unequal systems. The pulsing beats of “Night Odyssey” hearken back to the group’s early work in reimagining and remixing nostalgic visions of early 20th century Shanghai, bringing to those earlier conceptions the refinement they have developed since that first eponymous album. It fits perfectly into the album’s overarching story, a breath of refreshing pop air, a reverie of self-care and sweetness. The final track, “Zoom Christmas”, features a chorus of wordless vocables and eccentric synth sounds, a slowed down celebration with an edge of longing: an end to the year and the album.

Imagination has always been the Shanghai Restoration Project’s beating heart, and it has perhaps never been more timely than on Brave New World Symphony. Through this collection of carefully constructed melodies, the Project once again offer us an innovative alternate reality just close enough to bask in for a while, well-crafted electronic comfort for an increasingly digital age.