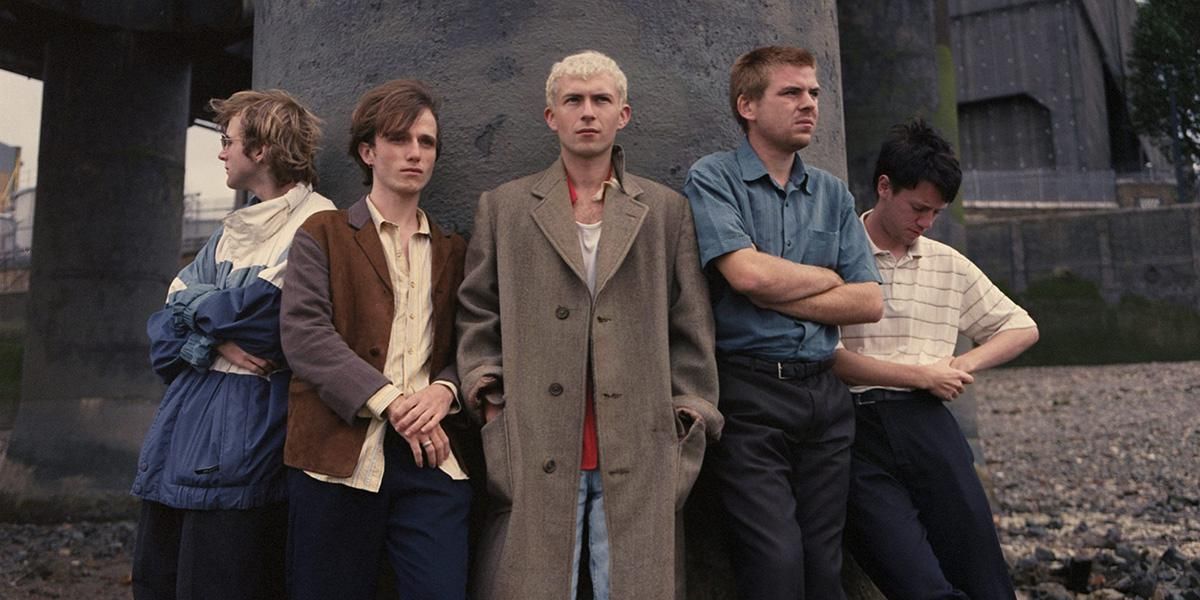 “I think the idea of the leather jacket-wearing, womanizing, drug-fuelled rock star should be burned,” Charlie Steen, the frontman for London’s Shame, told The Guardian back in 2018. It was just a few days before their debut, Songs of Praise would lead to a torrent of adulation from the British music press. Steen’s stance wasn’t uncommon for a post-Cobain punk band. Still, it was ironic considering what Songs of Praise and its subsequent tours made evident. Steen is a magnetic performer who calls to mind many names while still offering his brand of iconoclasm. In so many words, he is a rock star.

I saw Shame just a few months later, and Steen ran the show, leading the band through a blistering set that very nearly destroyed the upstairs of a dingy West Philly dive. (I mean that: it was the first time I’d ever literally felt a floor buckling. See for yourself.) Throughout it, he screamed and gestured like some crazed big-tent preacher. It was part Iggy Pop, part Guy Picciotto, part methed-up uni drop out. It was fantastic.

It seemed apparent that their follow-up would capitalize on that spirit, but Drunk Tank Pink isn’t an obvious record. For starters, the band has mostly abandoned the reverb-drenched post-punk anthems of their debut and instead gone digging into a grab bag of unexpected influences. There’s highlife, krautrock, 1970s funk, and cheeky 1990s alternative. “A good writer writes, a great writer steals,” Steen sings on “Great Dog”. Throughout the album, it becomes clearer that Shame are the latter.

More surprising, though, is that Steen sounds less like a frontman and more like a band member, with producer James Ford pushing his vocals down in the mix. Steen’s performances are just as great as they were on Songs of Praise, with his delivery striking a menacing balance between anger and absurdity. But Ford’s mix effectively renders his voice as another instrument. That leveling-off allows for the band to come into their own. Eddie Green and Sean Coyle-Smith’s guitars shriek and shimmer over walls of percussion and jittery synths on “Born in Luton” and “March Day”.

“Nigel Hitter” and “Snow Day” rely on the interplay between bassist Josh Finerty and drummer Charlie Forbes, whose angular grooves and breakbeats push the band’s post-punk into territory the younger group on Songs of Praise didn’t sound capable of reaching. There’s no better example than the back-half medley of “Great Dog” into “6/1” into “Harsh Degrees”. Finerty and Forbes are frantic and relentless, providing a motorik beat that sounds like Neu! on speed. Steen screams distorted koans and allusions to Hamlet like he’s performing his own exorcism. It sounds like a powerful, unstoppable machine.

If you’d told me shame’s sophomore record would be anything other than an opportunity for Steen to take center stage, I would’ve told you it was a fatal error. I would’ve been very, very wrong. Drunk Tank Pink is a record that emphasizes something that’s become even rarer than a rock star: a legitimately exciting band.