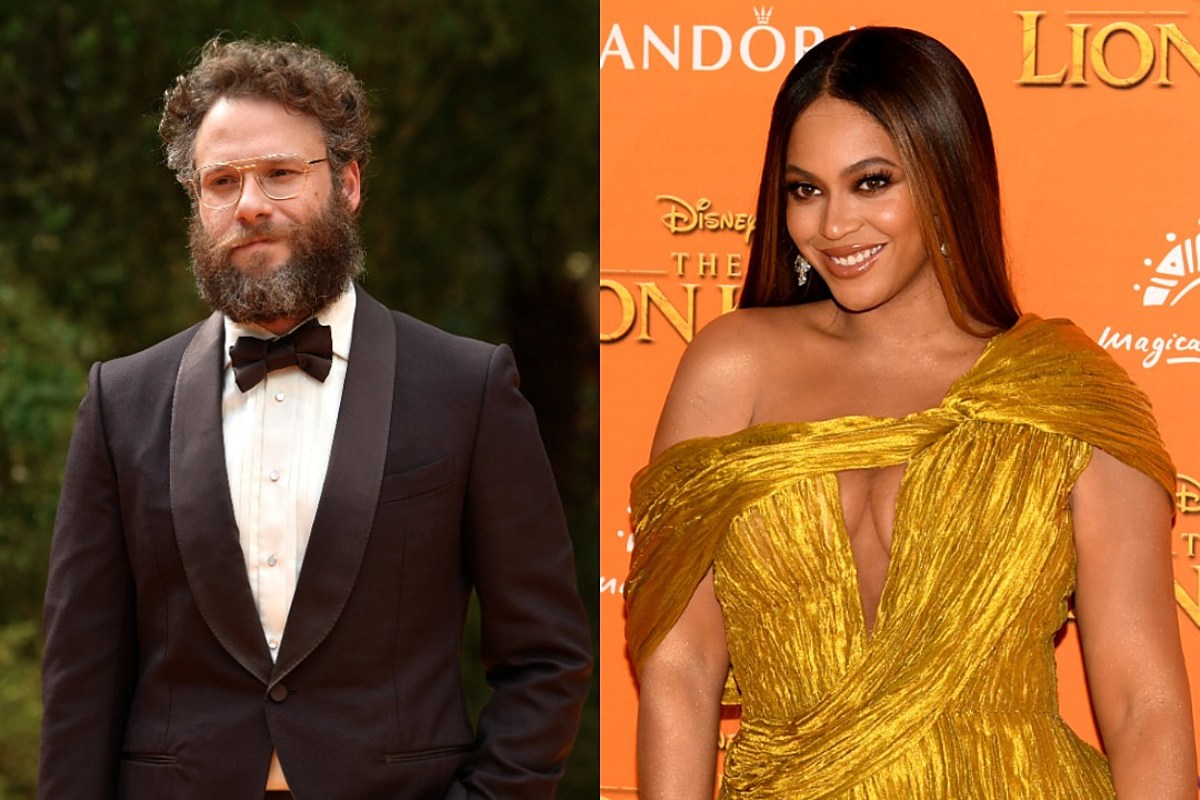 Seth Rogen attempted to meet Beyoncé and was left with a stained suit.

Although Rogen and the “Formation” singer voiced acted in Disney’s remake of The Lion King, at the time, the co-stars never met or worked together.

“I saw Beyoncé at the Grammys with Gwyneth Paltrow actually and they were together,” he recalled to E! Online. “I charged over. Instinct took over.”

Queen Bey’s security team stopped him from approaching the pair.

“I was hit so hard by her security guard that I spilled a drink,” he continued. “I got what I deserved…I was humiliated and I didn’t get to meet Beyoncé.”

Unfortunately, the hit spilled his screwdriver cocktail all over his suit. He was scheduled to present an award at the Grammys but he managed to hide the stain from the cameras by careful arm placement.

Rogen said that his new memoir, “Year Book,” goes into more detail about the encounter.

“It’s not everything. There is more but it’s probably more than I should have written,” Rogen admitted.

Eventually, Rogen got to meet the iconic singer. He recounted their meeting and his first failed attempt to meet on Jimmy Kimmel Live! back in 2019.

“It was terrible,” he said, before sharing his actual moment with Beyoncé. Rogen said that his wife was “losing her mind” over the moment. Instead of being the first to approach her, he hoped and waited for her to come to him backstage.

“I wasn’t going to go up to her, mostly for fear. Last time I approached her was at the Grammys around eleven years ago… it was terrible,” he shared.

“So I was wary of going near her because I look like someone who you would want to keep away from Beyoncé in general,” Rogen said. “I waited for her to approach me, which they teach you. She was very nice and my beard actually got stuck in her sequin a little bit. If you look closely, you’ll see some gray hair on her shoulder.”

Celebrities Who Had Scary Encounters With Fans