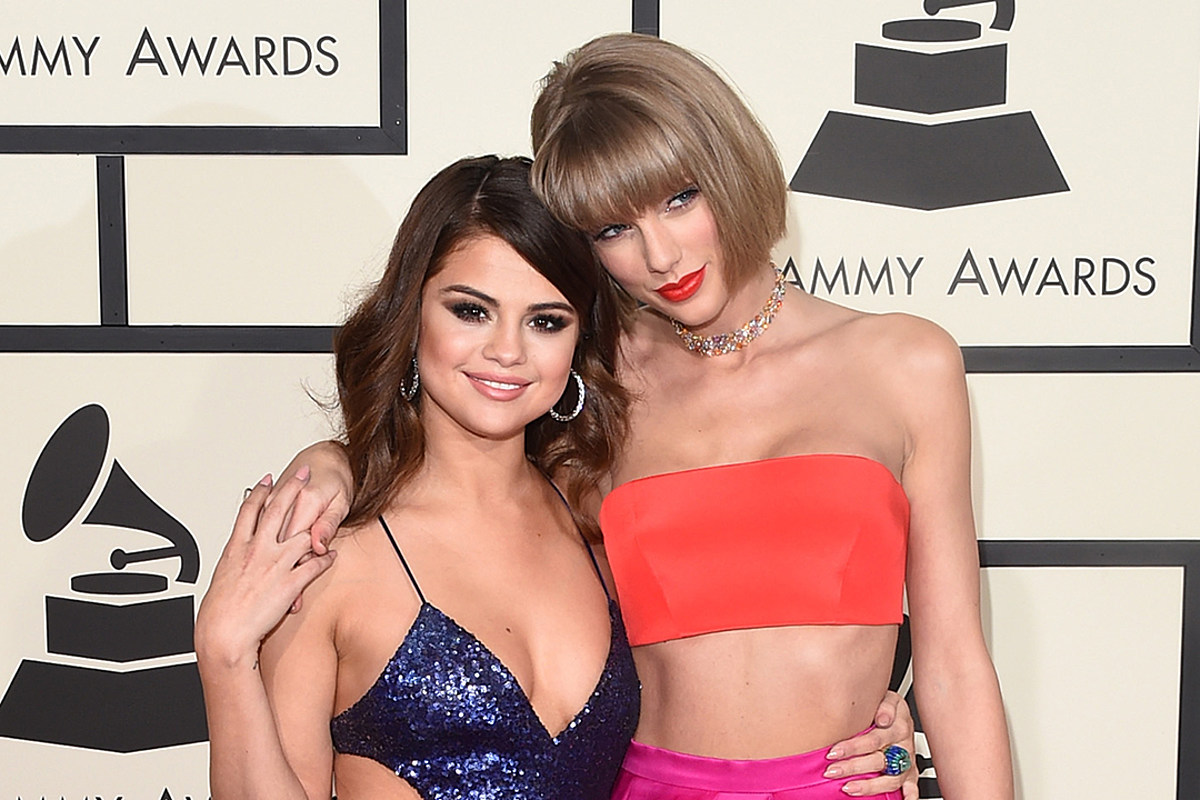 Selena Gomez misses Taylor Swift… and her cat, too.

On Monday (Mar. 22), the former Disney Channel star posted a series of rare throwback photos with the Folklore singer on Instagram.

“Kinda missin this one,” Gomez wrote in the caption.

The duo solidified their status as “friendship goals” in the slideshow of selfies where they can be seen cuddling with Swift’s cat Benjamin Button. Gomez shared other photos from the same shoot on her Instagram Stories back in 2019.

The Instagram post has sent Swifties and Selenators swirling with theories of a possible collaboration between the two.

While both stars have admitted to wanting to work together in the past, nothing has been confirmed. Gomez is currently filming her upcoming movie Only Murders in the Building in New York City and Swift has been busy re-recording her old music.

Tay and Sel have been incredibly close for over a decade, all thanks to the Jonas Brothers.

“We actually dated the Jonas Brothers together! It was hysterical,” Gomez, who previously dated Nick Jonas, told KIIS FM UK. At the time, Swift was in a relationship with Joe Jonas.

“It was amazing, because she was the girl with the big curly hair and all the bracelets and the cowboy boots. And I was definitely up-and-coming, and we just clicked. It was the best thing we got out of those relationships,” she added.

Though they don’t post much about their friendship on social media, the two agree that their bond has transcended into more of a sisterhood over the years.

“There’s so much of my friendship with Taylor that people don’t know about because we don’t necessarily feel the need to post about everything we do,” the “Lose You to Love Me” singer told WSJ magazine last January. “She has showed up for me in ways that I would have never expected. Flown in because I was hurt and was going through something. Stuff that was going on with my family. It’s been proven year after year and in every moment of my life that she is one of my best friends in the world. We don’t agree on everything, but we respect each other with everything.”

“There has always been this quality of sisterhood, and I don’t say that in a basic way. I knew from when I met her I would always have her back. In my life, I have the ability to forgive people who have hurt me. But I don’t know if I can forgive someone who hurts her,” Swift added.