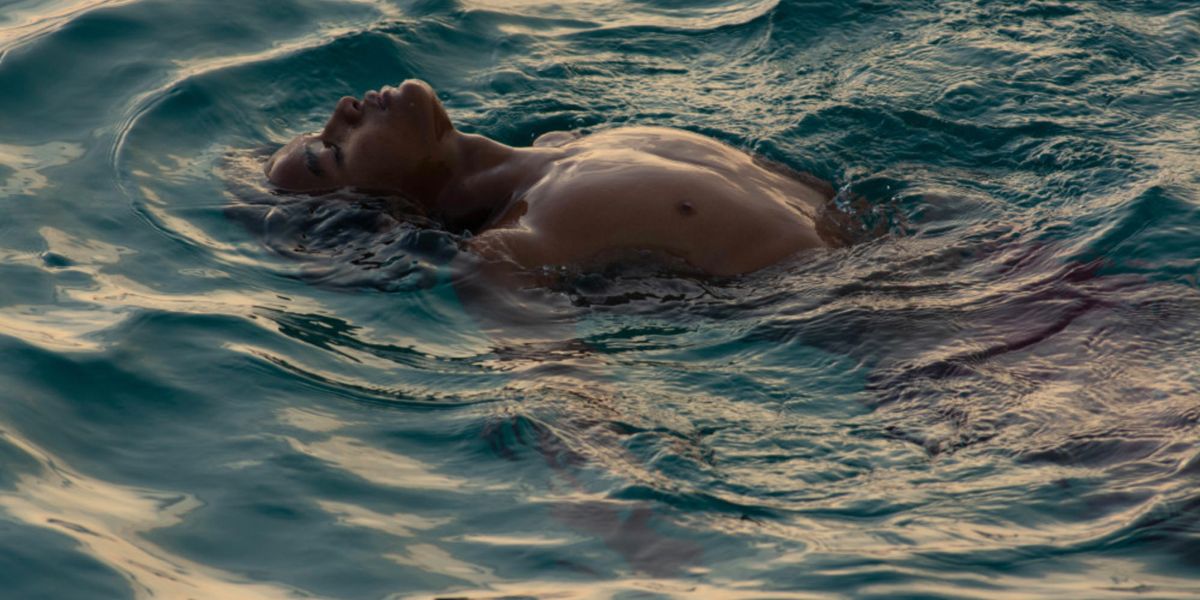 Buoyancy (2010) is a powerful story about the plight of 14-year-old Chakra (Sarm Heng), who is sold into slavery and is trapped at sea, where he’s forced to trawl fish for long hours and meager meals. His story begins in the Cambodian rice fields, where his desire for independence is exploited by a broker who says he can find Chakra work in a Thai factory. It’s a ruse, and once in Thailand, he and his new friend Kea are sold to a fishing captain as slaves. Watching as the other slaves are tortured and murdered by the captain to weed out the “weak” ones, or those with thoughts of escape, Chakra decides he must take control of the trawler.

Rodd Rathjen’s previous credits include the short films:
The Stranger (2010), Tau Seru (2013), which was a nominee for the Discovery Award at the 2013 Cannes Film Festival, and Sweat (2015). In conversation with PopMatters, Rathjen discussed tempering his expectations of creating change through the film, and his hope of provoking conversation and shedding light on the inhumane experiences of the voiceless men and boys.

Why filmmaking as a means of creative expression? Was there an inspirational or defining moment for you?

…I was always interested in film when I was younger. The idea of project work, of always working on a different film or story appealed to me, rather than doing something day in and day out, the entire year round.

I’ve always enjoyed the process of writing, so there was never a lightbulb or definitive moment. It slowly evolved from my teenage years.

I grew up in the country here in Victoria [Australia] and I didn’t have any mentors. There wasn’t anybody who could tell me what I should do, or how to approach a career in film. So I had to find it myself, and I was fortunate enough to get into the Victorian College of the Arts in my early 20s. I’ve been okay since, but before then, it was tough for me to work out how to form a career as a filmmaker. And now, here we are.

How do you compare and contrast short with feature films?

As a filmmaker, shorts are great. It sounds terrible, but they were great for making technical mistakes and understanding how a film set functions. A lot of my shorts were made when I was at the VCA. We did six shorts over three years, and we also crewed on each others films. It was a practical learning curriculum that was invaluable.

If I’m going to festivals, I’ll go and check out the shorts programme because there are so many interesting films, in particular coming out of Europe. A lot of emerging European filmmakers treat the short form as its own thing.

Moving on to a feature, you’re not only doing different things in terms of the story, but it becomes a commercial reality as well with features. So it changes your approach [laughs], and you’ve got to think more about your audience. It provides a whole different set of challenges.

Discussing Insidious: Chapter 3 (2015) with Leigh Whannell, he said: “…it is really all guesswork, and any scene that you see in any film is really just the director or the writer’s best guess at what will be entertaining. …What I try to do is use myself as the barometer. So if it is moving, scary or funny to me then I’ll go with that. Ultimately in a lot of ways we are all very similar in terms of our hopes, fears and loves.” Would you describe the filmmaking process as instinctive?

The process is totally instinctive, and even though I just said that, I didn’t think about the audience at all with Buoyancy, on some levels.

We could have been very explicit with the violence, but we tried to have a lot of it happen offscreen and let the audience imagine it for themselves. This was something that again came out of instinct because people aren’t going to sit there and watch gratuitous violence with a film like this – it’s hard enough to watch as it is.

Subconsciously I’m approaching it in a way that I could watch it and you’re the most important audience. I think that’s where Leigh Whannell is coming from thinking about instinct. You’re totally dependent on instincts when crafting a film.

The worst possible question that comes up in the development process is, “Who is your audience?” You’ve got to come up with an age bracket, a demographic, a gender and an ethnicity for your film [laughs]. I don’t approach it in that way and I don’t think about those things. I approach it as a human being – what you would want to go see and what you’re interested in.

The question about the three versions of the film is quite familiar. I didn’t feel that with Buoyancy because I had to be so organised with the challenges of the actual production. I had the whole film storyboarded and it was a very tight ratio because we only had limited days [to film]. From the script to the actual film, there’s not much on the cutting room floor, and so the actual version is relatively close. There were a few scenes in the script we couldn’t do that I wanted to.

In the edit you shape it and find the rhythm, because it’s all about pacing and making sure the emotional beats hit and it doesn’t lag. You have to maintain the energy and ensure the character’s point of view isn’t getting lost, and a lot of those things become overt.

With the entire process of making the film I was fortunate to have collaborated with likeminded people in terms of the approach to the aesthetic. I was on the same page with everyone. It was Graeme Pereira, the editors first feature, but we have very similar tastes in film, and so we were able to bounce ideas off each other and be objective.

In terms of those stages, there’s one when the audience sees the film and brings their interpretation to it as well. But for this film, I wouldn’t say it’s that different to the script. It was purely through limitation because we just didn’t have the budget to shoot the stuff – it was really tight.

It was also interesting with our film because there’s not a lot of dialogue, and that’s where the pacing and rhythm becomes important. The sound design and the music also become essential in expressing those emotional beats, and the emotional evolution of the young boy. This was critical with the edit because some of those shots that are in the film we could have let run for three or four minutes, but it would have crippled the film. So it’s a very fine balance getting the pace right.

The absence of dialogue allows the audience to emotionally enter a film by emphasising our need to see and to feel, rather than the dialogue explaining the experiences and emotions. Much of this film relies on sight, feeling and sound, which asks us to be active viewers.

…The emotional shifts of Chakra the young boy in the film, without having dialogue to explain how he’s feeling is challenging. But this is where casting becomes so important. Sarm is incredibly natural and uninhibited in front of the camera. He has a very proud persona and it was harder to get him to be more emotionally vulnerable in scenes.

You have to be conscious of what you’re doing with each scene in the film when there’s no dialogue. You have to be sure of his expressions and that you’re feeling with him, and you’re hitting those emotional beats that’s gradually accumulating and building in the narrative.

For some reason I love films without dialogue. I’m drawn to them, and aesthetically I find it interesting to watch a character evolve with the narrative, and for the audience to be asking what he’s experiencing? There’s no easy out for the audience. It’s about being in the moment with the character and experiencing what he’s experiencing, and determining for themselves what’s actually happened, rather than having it explained to them.

Modern slavery suggests that freedom is a privilege and not a human right. Before we can create change, we need to openly express and acknowledge the reality before change can happen. Is cinema a tool that can make change possible?

Any art is a great platform, but Buoyancy was never about making an issue based-political film. It was all about trying to engage an audience with the human cost of what it means to be exposed to this world.

…When I first started reading about this issue years ago, I thought, ‘Is this really going on? It’s not that far off the north coast of Australia.’ I interviewed so many of those survivors and hearing their stories, it’s unbelievable what’s taking place in this day and age. The estimate is around 40 million people are in slavery, in different industries and parts of the world. It’s devastating and the incredible thing is that this issue in Southeast Asia has been going on for decades. It hasn’t just happened in the last few years and there has been barely any awareness from the western media.

The hope is that by making a film about this world, it will open up a conversation and inspire some change, and it can even be a small change. For audiences, my hope is that we can all become conscientious consumers in the west, in particular with the kinds of products that we’re consuming, and hopefully that will lead to greater ethical traceability in our supply chains.

It’s a complex issue and we were never going to solve the issue by making a film, but certainly bringing more light to it was fundamental. Cinema is a great platform for bringing exposure to these voiceless boys and men that have been exposed to this deplorable and inhumane world.

Filmmaker Christoph Behl remarked to me, “You are evolving, and after the film, you are not the same person as you were before.” Do you perceive there to be a transformative aspect to the creative process?

…Not only have I got a lot more grey hair now after making the film, but it was the most rewarding experience to meet all these survivors, and to collaborate with a diverse cast and crew made up of people from Australia, Thailand, Cambodia and Myanmar [Burma].

Learning about everyone’s stories was an overwhelming experience, and when we finished the film it was so sad. I obviously still keep in touch with a lot of the people that were involved in making the film.

I transformed and hopefully I’m a better human being after the experience. I’m forever grateful to all those people I collaborated with and got to know, and in particular the survivors who had been through the most extreme, unimaginable torture and cruelty. Those guys just opened up their hearts to me, and to hear their stories, for them to share their stories with me, they’re incredibly courageous and generous. I hope the film does those stories justice.