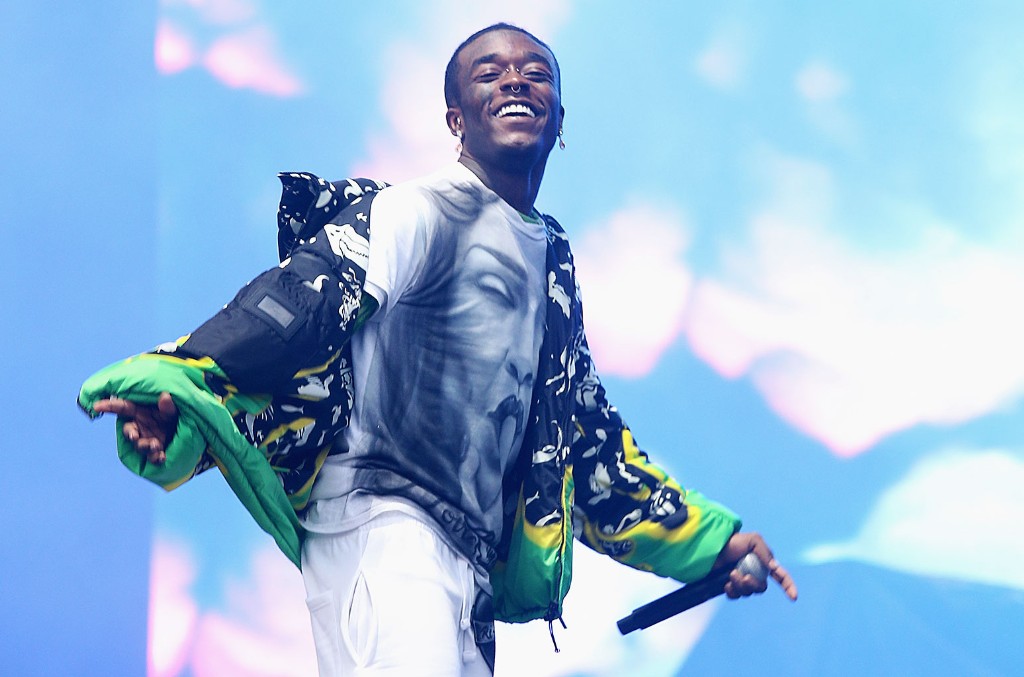 With coronavirus hysteria running rampant across the globe, Lil Uzi Vert has stepped in to at least temporarily cheer us up. The Philly native ended his musical hiatus and released the much-delayed Eternal Atake last week, but he wasn’t done feeding his starving fan base.

Uzi returned on Friday (Mar. 13), with a deluxe edition of his new album — but not your average deluxe, as he reloaded EA with another 14 tracks. When combining the 32 tracks into one, he says the second half serves as the sequel to his 2016 Lil Uzi Vert vs. the World project.

The 25-year-old’s star-studded deluxe is the ultimate fan service, as he packed the extended edition with prized leaks that fans had savored on YouTube, and mega collaborations pitting him alongside his industry buddies like Young Thug, Gunna, and NAV. Even the artwork is the next evolution of the 2016 project’s cover.

After sifting through the EA deluxe, here are our rankings of every song from the bottom all the way to the top.

Cinematic production sets the stage for a grand appearance from Uzi, but his vigilant rhymes lack the same charisma and lively energy he usually brings to the table. “I Can Show You” could’ve used another take in the studio.

Uzi croons about a certain woman in his life that he just can’t get enough of. At the end of the day, the Oogie Mane-produced track fails to measure up to what the rest of the deluxe has to offer.

More Pi’erre Bourne production that will lead listeners into a peaceful trance. Baby Pluto meets the OG Pluto here, as Future fits in with the alternate universe theme displayed on Eternal Atake. With hip-hop being no stranger to death, Uzi gets serious for a second and realizes he has to keep going, because there’s no returning to his old neighborhood.

Who even peels a strawberry? The three-headed monster of Thug, Gunna, and Uzi reunites for the Wheezy-produced “Strawberry Peels.” Outside of Thugger chanting the track’s title like it’s his presidential endorsement on the chorus, the bombastic beat that would’ve been better left for DaBaby will probably end up a forgettable collab from the trio.

Lil Uzi cracks open the softer side of his creativity, which we assume to be from his Renji persona. “Come This Way” actually dates all the way back to 2016, and fans were pumped to get the finished product more than three years later. Between “Come This Way,” “Trap This Way,” “That Way,” and “The Way Life Goes,” Uzi could create his own “Way” series.

You know when there were two close kids at school that you wouldn’t have expected to be homies? That’s Lil Uzi and NAV. The eclectic pair collides once again for another smooth collab. The Canadian rapper sets the tone with slippery rhymes about his lavish lifestyle before handing the baton over to Uzi to take the spacey track across the finish line.

Nudy, Uzi, and Pi’erre Bourne behind the board make for a lethal combination. Following their first connection on Nudy and PB’s Sli’merre album, the trio is at it again. Uzi laughs off all of the try-hards in rap who can’t touch him, as he makes all of his success look so effortless.

21 Savage kicks off this woozy record with his usual menacing rhymes. The ATL rapper even lets us know that he’s charging $100,000 for a feature these days. Uzi takes centerstage and puffs his chest out at those that think they have beef. This marks the superstar duo’s first collab since appearing in the now-classic 2016 XXL Freshmen cypher together. Could Uzi be returning the favor on the highly anticipated Savage Mode 2 that’s supposedly dropping in April?

Uzi takes off the Auto-Tune mask and enters Durkio’s world of drill. The 25-year-old skates over the ominous organs and faces off with the Chicago native. Uzi’s hostile bark makes you almost forget about his 5’4″ frame, as he compares himself to the athletic physique of Dave East, who has over a foot on him.

Another uptempo, melodic beat that is right in Uzi’s wheelhouse. The record’s tropical sound also could’ve fit seamlessly on Thugger’s So Much Fun album, which makes this tag-team effort more of a no-brainer than Rey Mysterio and Batista teaming up to win the WWE tag titles on Smackdown in 2005.

Another track with 2018 origins. Uzi aggressively attacks the starry production here with his ranging singsong flow. As far as the content, it’s the usual mix of romantic war stories, the luxury brand of watch on his wrist, the sports car he’s whipping around, and even a shout-out to his unisex wardrobe. There’s always a time when someone out there is in dire need of the sad boy raps from LUV.

A salute to the late Kobe “Bean” Bryant. With Uzi providing the feline quickness, and Keef acting as Shaq with a canine attitude over Pi’erre Bourne’s roaring 808s, “Bean” is a layup as a fan-favorite. Uzi’s catchy chorus is sure to have fans chanting along with him “AP, Muller, my Rollie” without ever owning any such thing.

The opener to EA‘s deluxe version. “Myron” is a familiar track to Uzi stans, as snippets spread across the Internet as far back as 2018 under the title “Like Me.” The mastered version lives up to the hype: When Uzi said he’d take us back to 2016, it’s tracks like this that give us the feeling we’re back in SoundCloud’s golden era.

A Luv Is Rage 2 throwaway, which resurfaced thanks to fan pressure. Uzi dropped off an updated version of the 2017 track that’s packed with nostalgia. The “super-geeked up” 25-year-old utilizes a flow similar to that of breakout hit “Money Longer,” but his syrupy warble delivers a punch that still works in the EA world to make “Moon Relate” an instant classic.