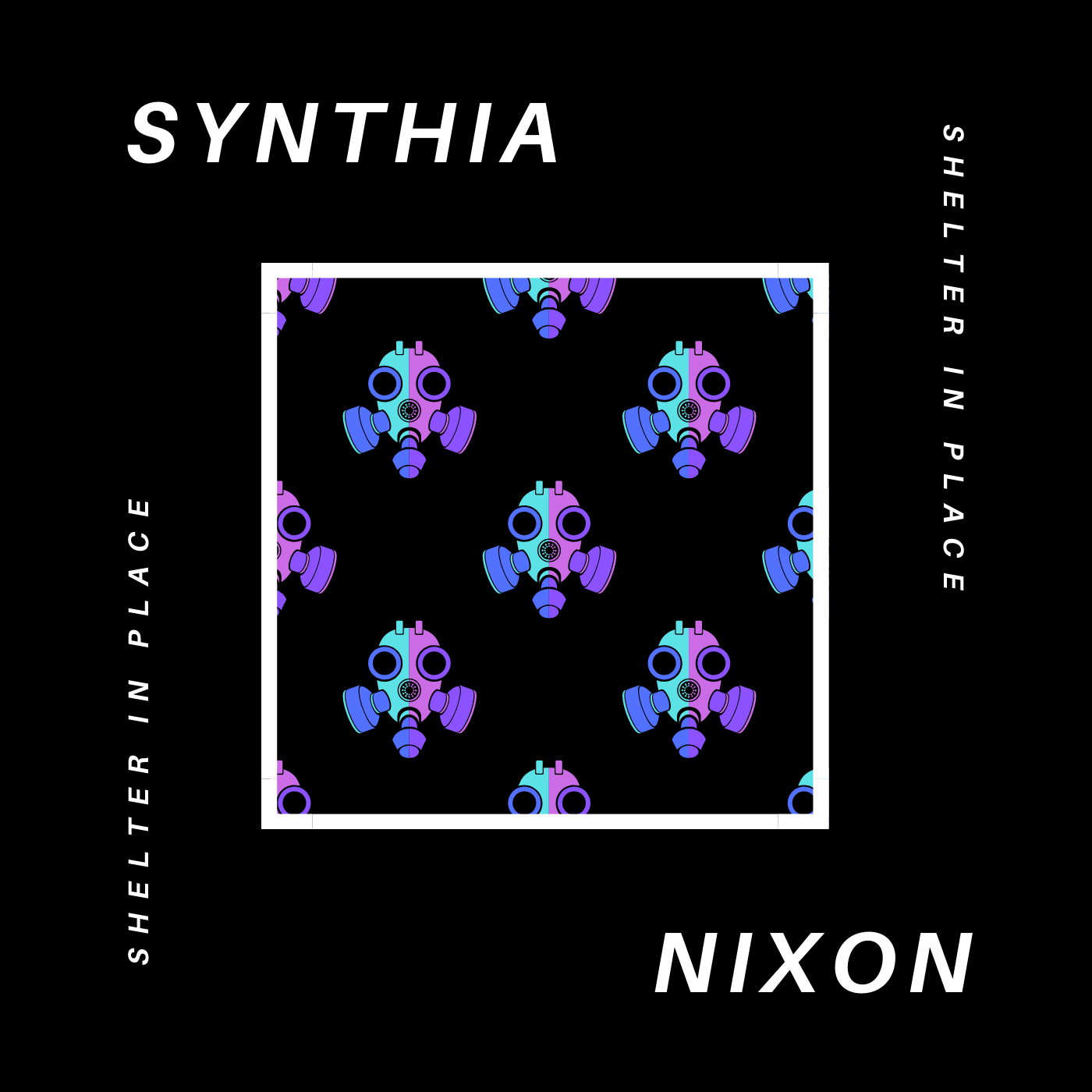 Shelter In Place?? I thought the lockdown was over!

Synthia Nixon is a genre-hopping dance music trio based in Dublin. Loosely defined as a band, they specialize in music that shouldn’t make sense, but somehow does

The lockdown has seen an explosion in their output, following up their previous single Quarantine #001  with this latest track Shelter In Place.  It’s dance music (apparently), layered with synthpop vocals and an egregious guitar solo, finishing on some harmony guitar action that would make Thin Lizzy blush. It’s not your standard short-back-and-sides single but given the chaotic period we’re in maybe it’s the thing we need?

The band have remained under the radar until now, but are starting to get some attention  for the puzzling soundcraft. It’s a unique combination of soaring vocals rooted in a deeper synth sound that is clear from the groups earlier instrumental work. It hovers in that nice sweet spot between  ‘genuinely good headbopping’ and ‘what am I even listening to’.

Shelter In Place  was written in total isolation and lyrically set against the backdrop of a global pandemic where our hero tries to resist the advances of a young, possibly chemically high young lady who is attempting to partner up for some Shelter In Place. The whole shebang, home delivered pints and Joe Exotic, what a trip.

“It starts with the name. Everything else grew from there”. Starting with a name before a song has even been written may seem a bit horse-cartey to you but in Synthia Nixon  the lads knew they were on to a winner. “It just fucking works” says the band’s front man and cartoonist Gaz. “It mixes the name of a key ‘Sex and The City’ actor with our main instrument of choice. What’s not to like?”. A door slams and in walks another of the 3-piece, Orin. “You talking about the name again? Give it up. He doesn’t wanna hear about all that”. But I do. I wanna hear about everything. From upstairs I can hear the creaking of a bed and the heavy sound of feet hitting the floor. All hell breaks loose around the kitchen table. “You’ve done it now,” says Gaz. “He’s awake”. Seeing the looks of fear on the two men’s faces I start to make my excuses to leave. “Now where do you think you’re going?” comes a husky voice from the bottom of stairs. That’s how I meet the last member of Synthia Nixon. Tiernan is covered only by a ratty old tea towel and a colourful ladies blouse and immediately I know that the rumors are true. What follows is the strangest night of my life. They play me everything they’ve written. We dance and sing until the sun comes up and then I make my leave, knowing one thing for sure… You don’t make omelets without breaking a few legs.