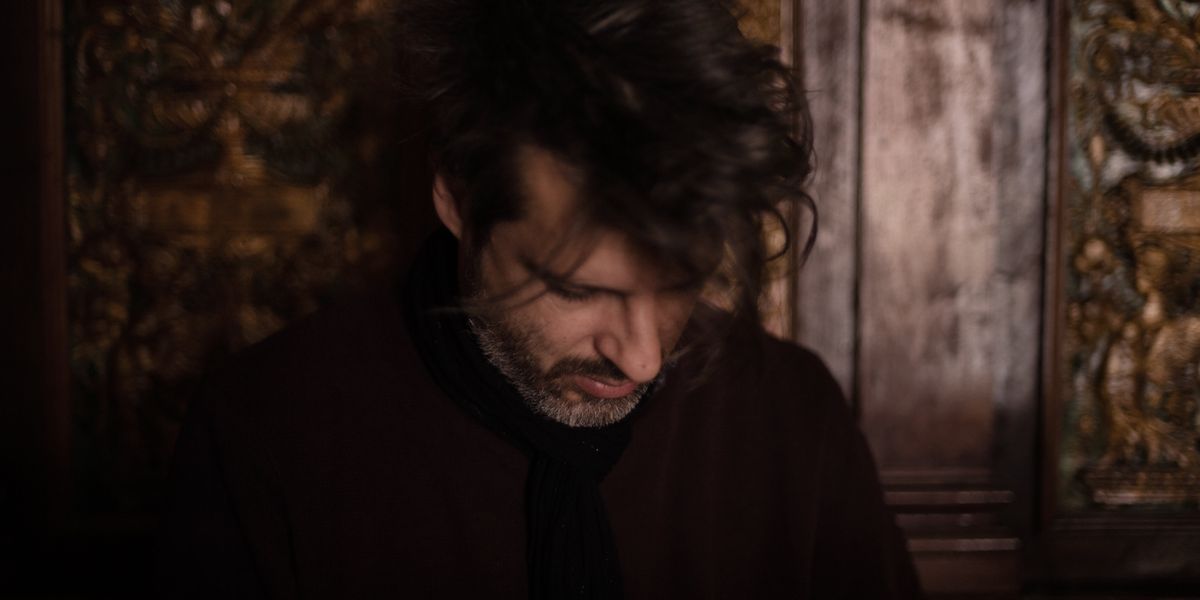 The concept is simple and filled with exciting possibilities: creating new music by “plundering” unexpected historical sources such as classical piano pieces or chamber orchestra music. The idea was developed by Horst Weidenmuller, founder of the label 7K!, as part of a proposed series. The debut album in the Plunderphonia series has been created by Berlin-based artist PC Nackt, known for his work in the electronic group Warren Suicide as well as his collaborations with Apparat, Jose Gonzalez, and Albanian singer Fatime Kosumi (a.k.a. ANDRRA).

It’s not necessarily uncharted territory — this type of deconstruction could arguably be traced back to Wendy Carlos’ 1968 Switched-On Bach album or, more recently, Max Richter’s thrilling 2012 “recomposition” of Vivaldi’s The Four Seasons. Fortunately, PC Nackt possesses an inventive and restless musical mind that prevents the project from coming off as pretentious or shopworn. Moreover, he has some capable hands assisting: music supervisor Hania Rani selected the classical piano compositions to be used, and the scores were played into MIDI by pianist Antonis Anissegos. Then the “plundering” takes place with processing and live performances by PC Nackt using two Yamaha Disklaviers.

It sounds like a lot of work, with a result that has the capability of coming off cold and impersonal. But what PC Nackt and his partners in crime have devised with Plunderphonia is mysterious, thrilling, and an oddly respectable way to turn classical piano music on its ear. Opening track “Space_Schubert” kicks things off in a manner that is equal parts joyous and mysterious, as the sound of a prepared piano is mixed with ethereal sounds of outer space, underscoring the song’s title. All of the album’s titles include references to various layers of the earth’s atmosphere. “Exosphere_Schubert” is yet another tribute to the 19th-century Austrian composer, and this time around the otherworldly sonics are mixed with sounds of children and a syncopated feel that owes more than a little to PC Nackt’s electronic music background.

Other composers plundered here include Domenico Scarlatti, on the tense and heavily percussive “Exobase_Scarlatti”, Johann Sebastian Bach — “plundered” with beautifully synchronized piano and synthesizer on “Karman-Bach” — and Mozart, who is given a low-key yet positively spooky treatment on “Ozon_Mozart”. The decision to limit the adaptations to just five composers — the work of Robert Schumann is also explored in the lovingly ambient “Mesosphere_Schumann” — is a wise one, as it tends to keep the material consistent and focused. The performances are odd and occasionally unsettling but never wear out their welcome.

The idea of giving a futuristic, sci-fi spin to traditional classical compositions gives this timeless music a wonderful relevance. It also brings to mind a sort of Kubrickian majesty; it’s not a stretch to imagine the fractured reconstruction of “Stratosphere_Bach” playing alongside orbiting spacecraft in 2001: A Space Odyssey. What’s more, these gorgeous and exciting adaptations certainly bode well for the rest of Weidenmuller’s series. If the remaining entries are even half as entertaining as what PC Nackt has devised, there’s a lot to anticipate eagerly.