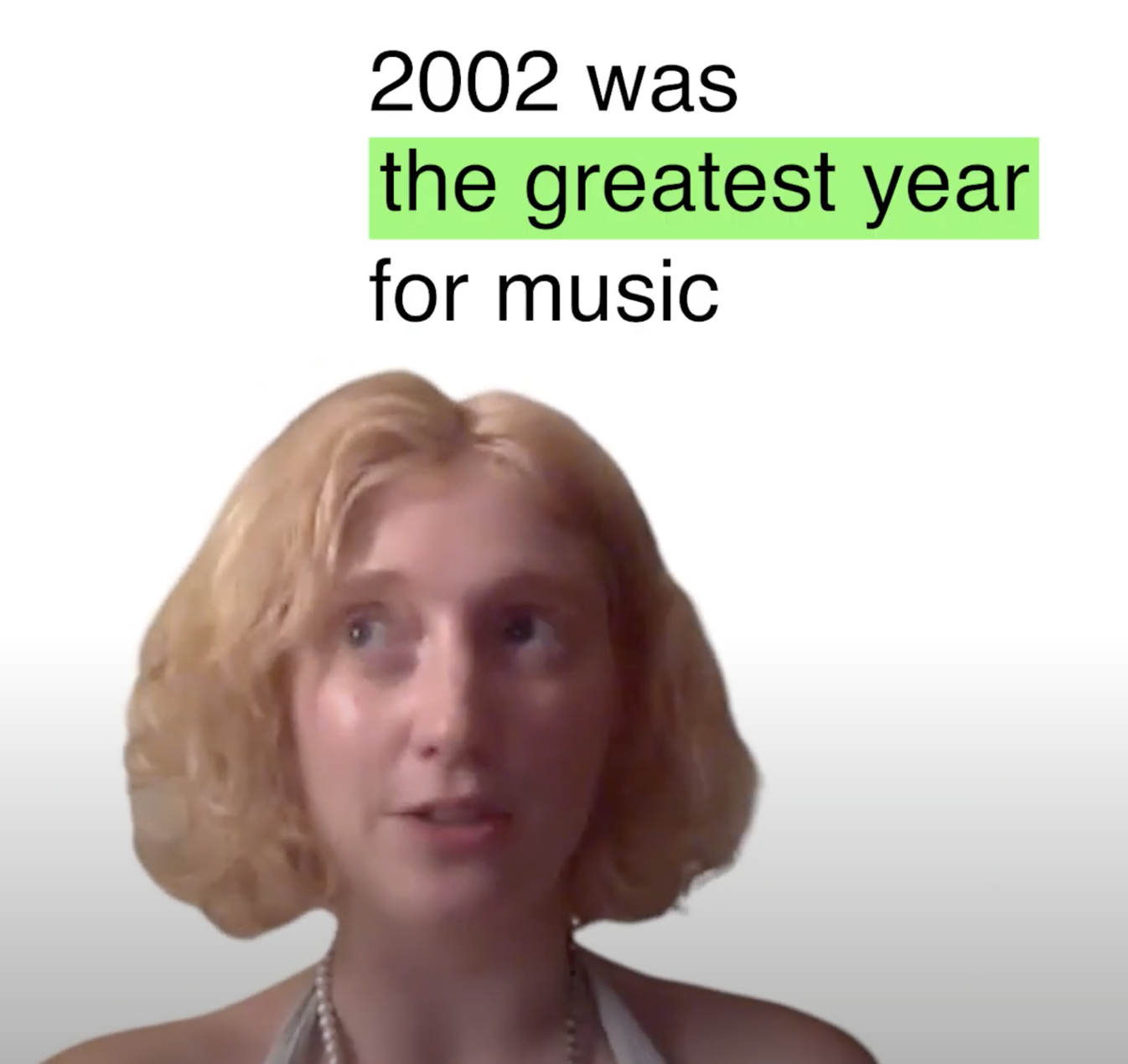 In our new video series ‘Obsessed With’, we ask musicians to wax poetic on the topics they’re most passionate about. On this episode, Avery Mandeville from Little Hag presents her thoughts on the rich musical landscape of the year 2002 — a world of boy band breakouts like Justin Timberlake’s Justified, indie rock third-album triumphs like the Breeders’ Title TK, and pop behemoths like Christina Aguilera’s “Dirrty.” Plus of course, it is impossible to ignore the presence of Adam Levine from Maroon 5, whose vibe in 2002 was probably fodder for many a young person’s…romantic awakenings?

Watch the video above to see Avery’s incredible spiel about 2002. And why not subscribe to our channel while you’re there — there will be plenty of new episodes of ‘Obsessed With’ to come, featuring new artists and new personal obsessions.

Little Hag just put out a suite of tunes called Breakfast that you can check out over on Spotify, and Avery’s 2002 playlist is right here.