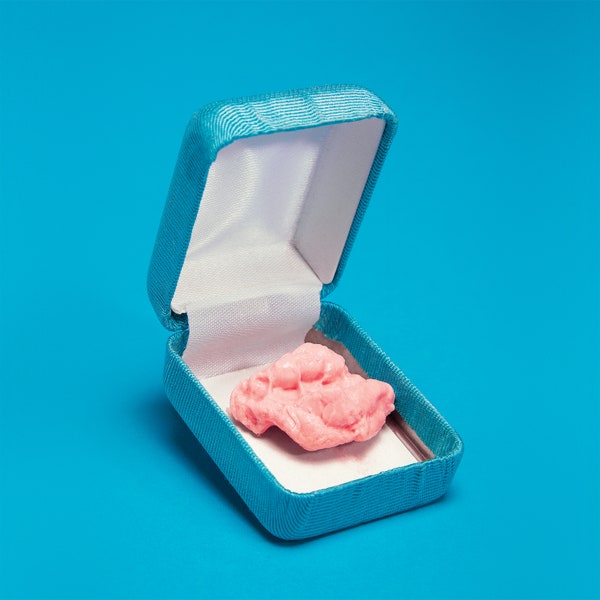 You hear the faint crackling of gravel beneath your feet as you walk down the sidewalk. Light streaks of sun cast themselves over concrete as it peaks its head between the trees, welcoming in the day as it welcomes you. It’s early — perhaps too early, but there’s a sense of peace breathing in the world when first awoken from its slumber. At this hour, a haze envelops the buildings, clouds, and even life itself. It’s a haze that belongs to you and the strokes of nostalgia that paint your mind. It’s all so fleeting, but it’s there— the nostalgia for love, the nostalgia for youth, the nostalgia for life. But, it seems easier here. It seems more digestible amid a bird’s greeting or a rustling of leaves as the city slowly opens its eyes. This is how Kississippi’s new record, Mood Ring, feels. Sometimes, making the leap from indie-rock to synth-pop can feel stilted for an artist. Yet, that doesn’t seem to be the case here. Instead, Reynolds plucks the foundational pieces of the genres she’s tied roots to and weaves them into the album’s soundscape. These give a slight edge to her pop trip — creating fusions featuring confessional lyricism, moody undertones, and driving guitars. Pieces of this poke through, instantly, in the unapologetically bright opener of the album, “We’re So In Tune.” From its start, Reynolds makes it blatantly clear she’s submerging herself in the pop landscape. It has a confident swagger to its melody overtop electrifying synths. The playful, gang vocals bolster the track’s energy while the feverish harmonies are a rush for what’s to come. The track becomes even sweeter when one learns that Bruce Springsteen inspired it. Reynolds passed a mechanic shop and saw a sign that read “Get in Tune,” and remembered Springsteen’s music video for “I’m on Fire” (a lyric from the song even being referenced here: “I’ve got a bad desire”). Thanking Springsteen, directly, for this killer opener seems almost obligatory at this point.

The song then bleeds into a love child between CHVRCHES and Michelle Branch; “Moonover” is a pop-rock sweet spot that brims with the hazy mirth of youth. The production is slick, even bringing about enjoyable background blips like a satisfying pop of a Yerba Mate can lid. Following a rose-colored lens, there are tender lyrics that personify love in that of memories — of time lost with another like, “Hold out forever, your scintillating light flows through whomever / Moons over your voice tonight.” It’s hard to listen to this song and not instantly transport yourself to an old playground, kicking back and forth on the swings, seeing yourself from a different age.

Elsewhere, “Around Your Room” is one of the instant replays of Mood Ring. Although it’s easy to see the influences of Taylor Swift’s 1989 here, there’s much more to say. Its delicate, futurepop wash and colorful words connect it to the wider era of 2014 pop music. It’s an era that feels stamped in time with dazzling synth tones hung up on dopamine highs that past love can bring. With lyrics such as, “I’m feeling just like a child, starstruck, wallowing. Spellbound in reverie, can you take it away from me?” we see poetic longing and searching with a brighter melody that could’ve sat between any of the Top 5 from that year. To be honest, the track already feels like a classic in Reynolds’ discography for years to come.

Yet, the highlights of the album are the last two tracks: “Big Dipper” and “Hellbeing.” Both slower ballads, they marry all  Reynolds cultivated Kississippi to be, fleshing out her musical prowess and lyrical mind. The former is the most complex pop song on the record. Wedged in between moody keys and a boundless soundscape, Reynolds’ vocals are precise but powerful. The subtle inflections that tumble through certain verses evoke the most emotion on Mood Ring, causing a listener to feel what she’s feeling, beneath the ribs, towards love (lyrics such as: “I’m a meteor shower turning blue” further display this). Moreover, the climax is the slow burn to the last minute of the song as it finally drops, gifting one the biting bridge that amplifies the final chorus. “Hellbeing,” on the other hand, taps into the raw honesty of Liz Phair-esque lyricism. Not the first track to highlight insecurities, it’s the first to do so in a way that pulls out Reynolds’ heart and hands it to you. It’s an atmospheric, guitar-laden tune that feels like pages scrawled out and crumbled up and addressed to someone, asking them to “burn your daylight on me. An eyesore… A hellbeing.” The vulnerability and the sharply observed words reflect growth from the album’s opener to now, it’s closer. The album journeys the personifications of each high and low of being lovestruck.

Kississippi’s Mood Ring is an album about love, but it isn’t just about the syrupy goodness that love creates. Mood Ring embodies all that love is; all its facets and all its faces. Sometimes, it comes in the form of longing nostalgia. Sometimes, it’s felt in fits of laughter late at night. Maybe even in the familiarity of a hometown road after time away. Other times, it brings out moments of guilt and insecurity. Other times, it looks like scattered pages of half-finished projects or grief accompanied by passing scents in grocery stores. Love holds endless definitions, and Reynolds knows this. She created an album of love songs that don’t necessarily have attribute themselves to a person to resonate with. Anyone can just feel it the moment they flip the record on, and that’s where her sophomore effort shines.

All in all, Mood Ring is chalked full of earworm pop hooks, soaring vocals, and a range of genres that, ultimately, feel the most authentic to who Reynolds is. There’s a theme of youth-like hopefulness that runs through the record, living up to its name. Like a physical mood ring, the album bleeds from one emotion to the next, riding the brightest colored highs while dipping with even the slightest scale of grey. Yet, even in its darker shade, there’s a tentative rush that keeps one holding on to see its inevitable shift back to lighter-toned days. An album full of heart, attachment, and vulnerability, Mood Ring might be a leap into something different for Kississippi sound-wise, but it is still glowing the brightest of purples.