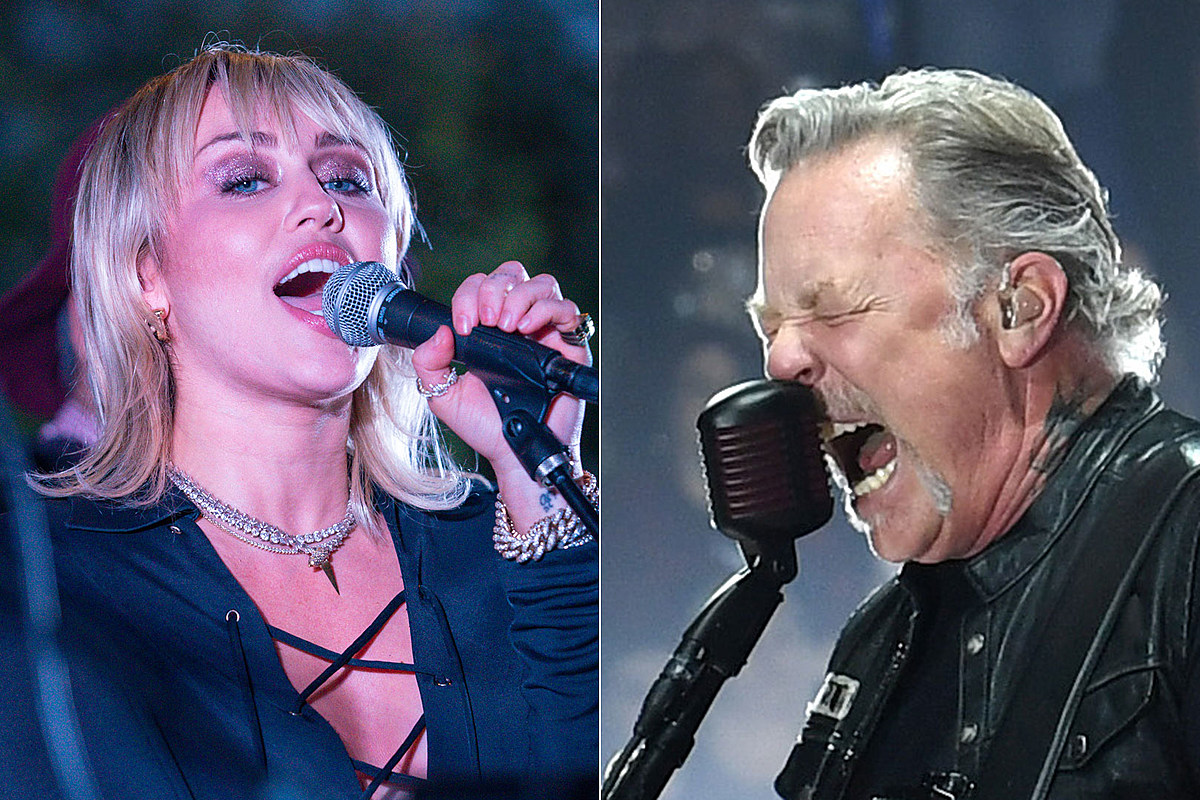 If you caught Miley Cyrus at the #SOSFest over the weekend, she covered both The Cure and The Cranberries, but for her next cover of significance she's going for something heavier — a Metallica cover. In fact, she's currently working on a full album of Metallica covers.

The pop star was speaking with fashion designer Rick Owens for an Interview magazine piece when she revealed the news. “We’ve been working on a Metallica cover album and I’m here working on that," she stated, adding, "We’re so lucky to be able to continue to work on our art during all of this. At first, it felt uninspiring and now I’ve been totally ignited."

This wouldn't be the first time Cyrus has tackled Metallica, pulling out a cover of "Nothing Else Matters" during an appearance at the 2019 Glastonbury Festival (see below).

While Cyrus is best known for her pop hits she has shown a knack for paying homage to rock as well. In the Interview piece she also adds, ”People ask me who I’ve studied for my movement onstage, and I always say Iggy Pop.” The vocalist also delivered a memorable performance at the Chris Cornell: I Am the Highway tribute show belting Temple of the Dog's "Say Hello 2 Heaven."

While Cyrus stated that she's working on the Metallica covers set, no other details including the potential release date were revealed.

In a recent interview with PopCrush, Cyrus talked about her rock influences. You can hear how Chris Cornell and Nine Inch Nails factor into her new music in the video below starting around 6 minutes and 50 seconds in.