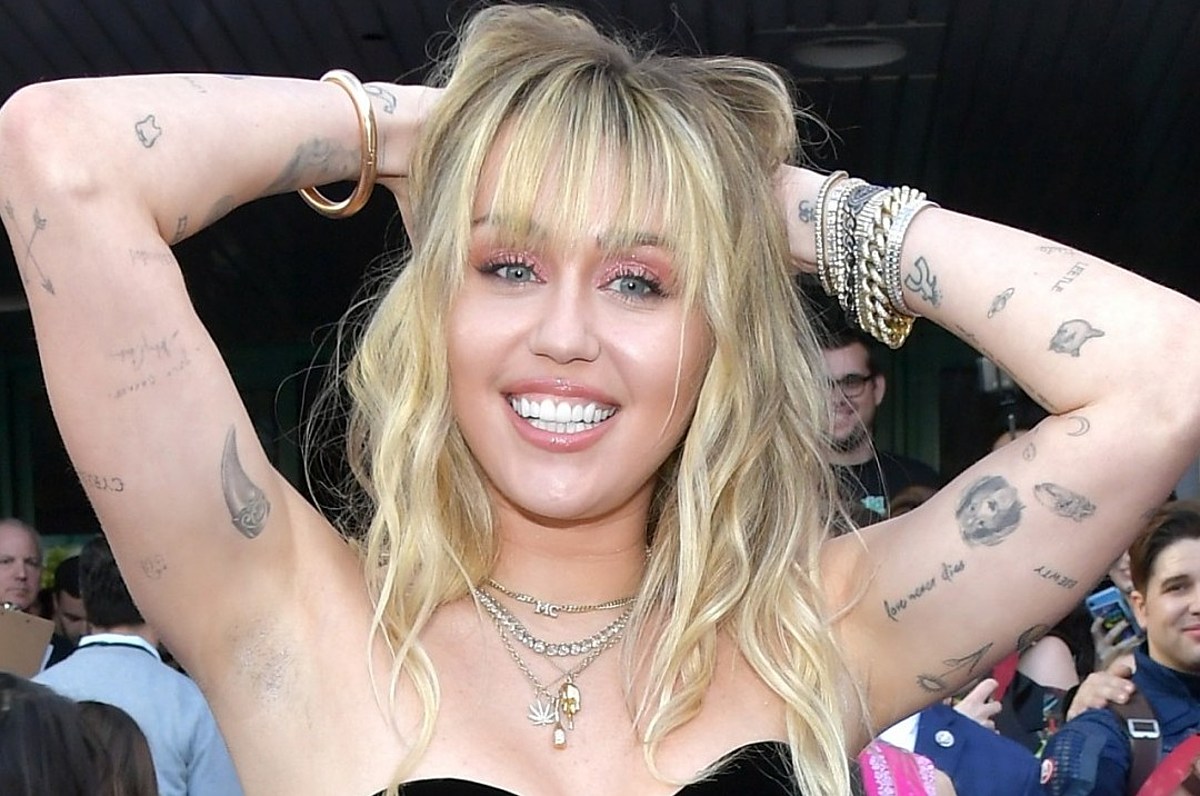 The "Midnight Sky" singer has been commenting on videos that use one of her songs or fans that pose a question to her. The new trend has become "If Miley Cyrus comments on this I'll do ___."

One fan asked Cyrus to give her a tattoo idea, but Cyrus had something else in mind. "How about the time and place of our first date?" she replied. Another fan asked what he should get tattooed on his butt. "LET'S (left cheek) Ride (right cheek)," Cyrus said. A third fan asked for a tattoo and Cyrus suggested the phrase, "Yes. I've worn the golden G-string."

"If Miley Cyrus comments on this I'll do whatever she tells me to do," another user wrote. "F–k someone in your parents' bed," Cyrus responded.

A fan named Michaela asked Cyrus what she should name her daughter, who is due on Valentine's Day. Cyrus suggested the name "California."

Cyrus also gave hair advice to a handful of fans. She suggested pulling a "Bangerz Miley" and shaving one fan's head while the other she suggested dying his hair half-black and half-pink.

"It would be pretty cool if Miley Cyrus commented on this. I'd let my class have a party in the U.S.A.," a teacher wrote. "Put your hands up! Play MY song," Cyrus commented.

Finally, Cyrus encouraged a couple to get married and gave them some advice. "Hope it goes better for you two than it did for me. Congrats," she concluded.

See all of the comments, below.