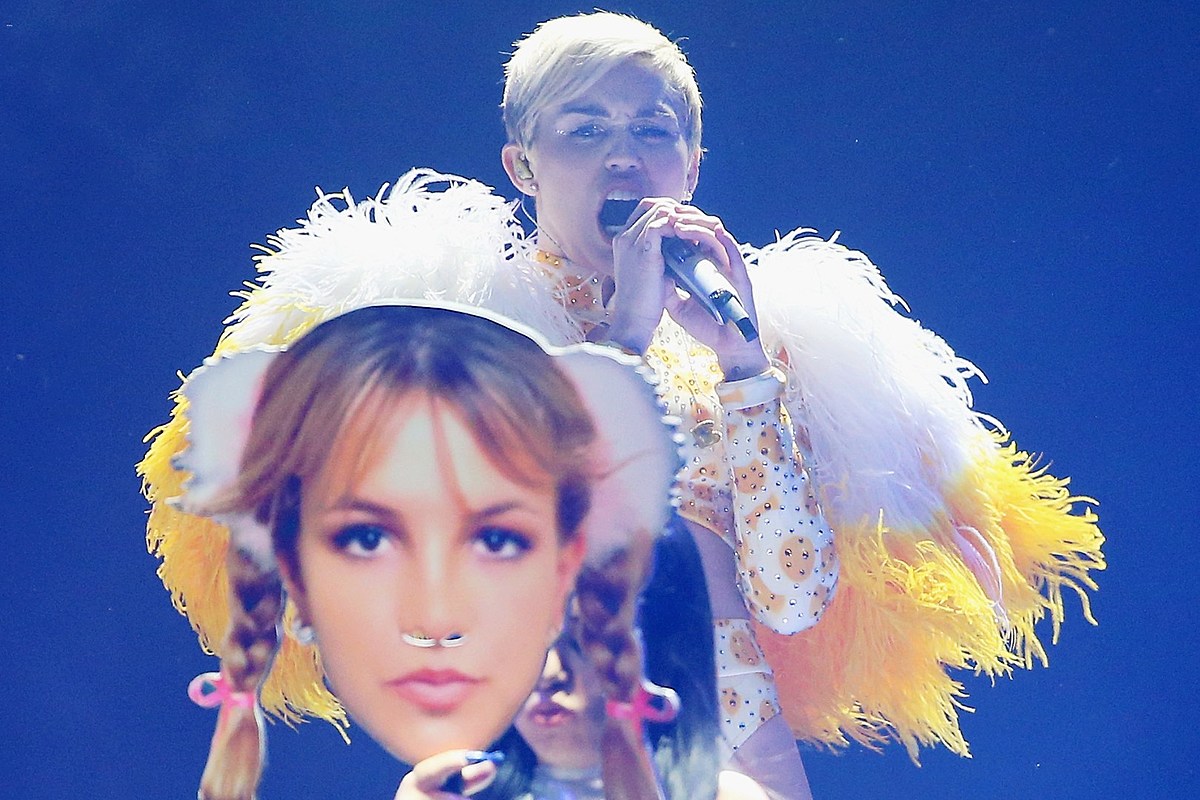 In a new interview with iHeartRadio to promote her latest single "Midnight Sky," the 27-year-old singer elaborated on her support for Britney Spears after she yelled "Free Britney!" onstage at the 2019 Beale Street Music Festival. The shout-out came amid an explosive social media campaign led by Spears' fans to investigate the "Toxic" singer's ongoing conservatorship that's been in place since 2008.

“I think, you know, from a public’s point of view, it would be really hard to kind of relate, and because I don’t personally know Britney that well, I feel like I’m just another public speculator," Cyrus explained on August 14. "And I always kind of check myself too… is this my place? Am I just sitting from the outside, thinking that I know details I don’t know, just kind of like I complain how the public does to me?”

The ex-Hannah Montana star added that while she is on the outskirts of the situation, she wants the best for her fellow pop star and previous Bangerz collaborator. “It’s a treat others the way you wanted to be treated kind of thing. I definitely don’t know her personally enough to know any of the details," she added. "I scream a lot of things at my show. I also think Britney, like anyone else, should have the freedom to live the life that’s most authentic to her."

Jamie Spears, Britney's father and one of the main figures in charge of her conservatorship, recently gave an interview to The New York Post in which he referred to the #FreeBritney movement as "a joke."

“All these conspiracy theorists don’t know anything. The world don’t have a clue,” he detailed. “It’s up to the court of California to decide what’s best for my daughter. It’s no one else’s business.”

Spears, on the other hand, is still just having fun on Instagram, posing in her favorite outfits and lightheartedly showing off her many awards with her boyfriend Sam Asghari.

Check out the music video for Miley Cyrus' new single "Midnight Sky" below: