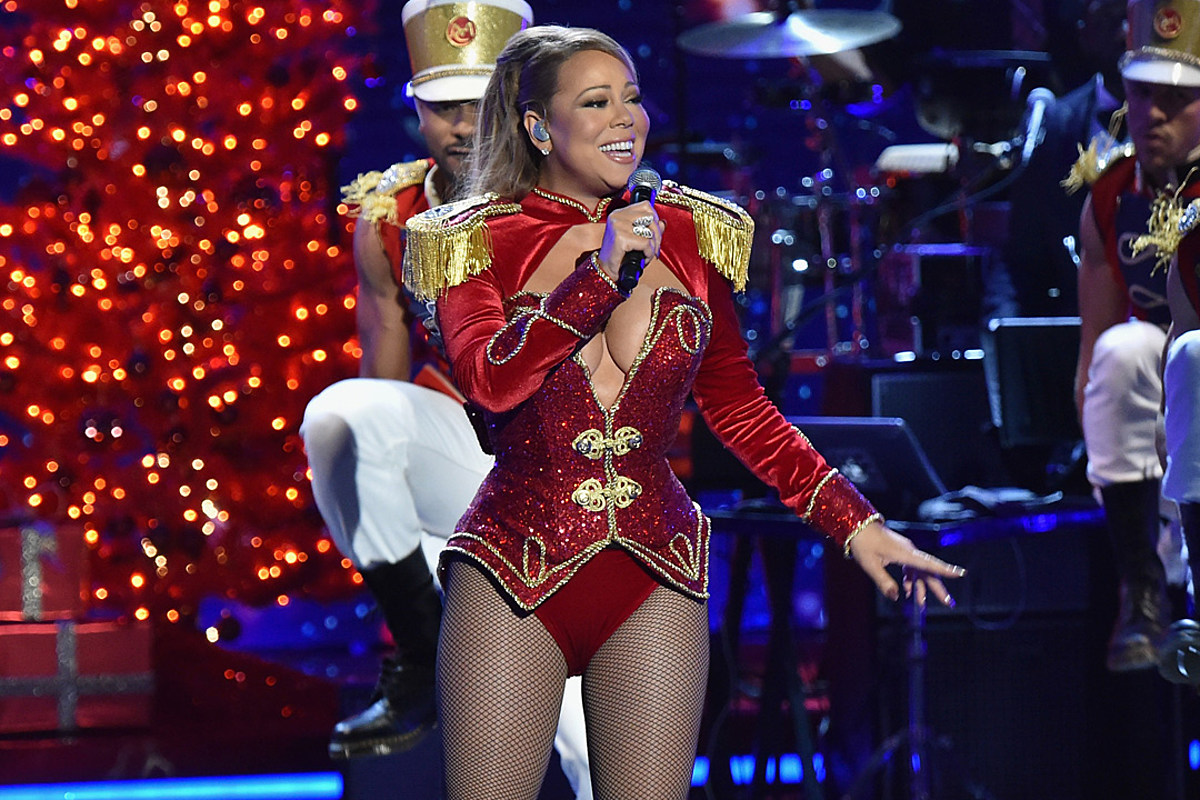 The second the clock struck midnight on Nov. 1, Halloween festivities officially came to a close. Spooky Season is over and done with for the year, but there’s still plenty to look forward to. For example, Mariah Carey hopped online to remind us that another holiday season has officially begun.

Thanksgiving is coming up later this month, but the self-described Elusive Chanteuse has another celebration in mind: Christmas. She welcomed the start of the holliest and jolliest time of the year with a festive video on social media.

Dressed in a bedazzled red dress and matching heels, the holiday hit-maker sneaks outside to her front porch, which is decorated for Halloween. Three pumpkins in the middle of the spooky tableau read “It’s Not Time.” Using a candy-striped bat, Carey takes out the middle pumpkin so that the display now reads “It’s Time.”

That’s when her defining anthem “All I Want For Christmas Is You” starts playing. After changing into an equally bedazzled Mrs. Claus look, Carey welcomes viewers into her living room, which is decked out in full Christmas regalia.

There’s no arguing with the undisputed Queen of Christmas. So if Mariah Carey says it’s time to deck the halls, then we won’t stand in her way. However, even she agreed that there is a caveat to the celebrations.

“It’s time,” text reads on the screen. Time for what? According to Carey, it’s time “to smash that pumpkin and treat it as pie… Cause we still gotta get through Thanksgiving!!!” Fair enough.

It also appears that the siren is teasing an upcoming release in the video. Eagle-eyed viewers will notice that a box in the background is emblazoned with the date 11/5. It’s possible that’s the day she’ll announce a new festive project? We’ll have to wait and see.

Watch her usher in the start of the holiday season on Instagram below:

While Carey is clearly ready to focus on Christmas, some on social media are not ready to hear “All I Want For Christmas Is You” on repeat for the next two months. A viral photo from an unnamed venue in Dallas, Texas laid out rules for how often the song can be played on their jukebox this year. According to the photo, it is not allowed prior to Dec. 1 and can only be played once a night after that.

Carey took the rules with a sense of humor. After a fan asked if this was the “war on Christmas,” she replied by sharing a photo of herself dressed for battle. Fans will likely recognize that the photo is from her cameo in a 2015 Game of War commercial.

No rule will likely be able to stop the song’s takeover. After finally topping the Billboard Hot 100 in 2019, Billboard reported that it claimed the pinnacle position again in 2020. Keep an eye out for it to dominate the charts again in 2021.