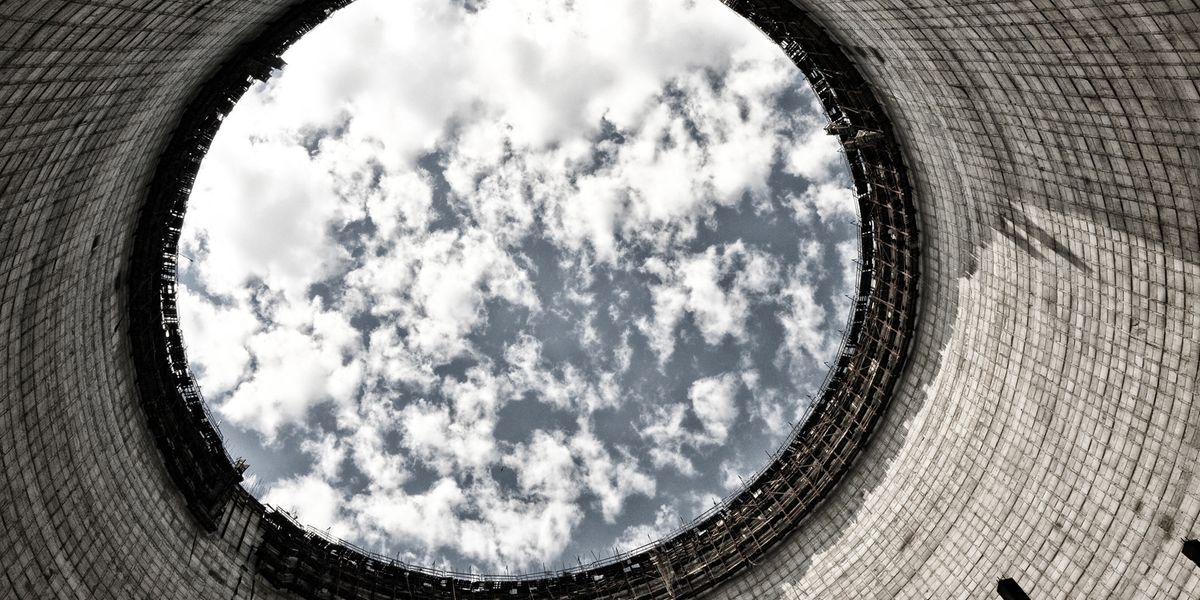 Kate Brown’s Manual for Survival: An Environmental History of the Chernobyl Disaster builds on her expertise in the 1986 Chernobyl nuclear disaster and its consequences. Her previous books, most recently Dispatches from Dystopia: Histories of Places Not Yet Forgotten (2014), all look at the convergence of history, technology, and society, as does Manual for Survival. Brown conveys the history of Chernobyl with strong scientific reporting and explanations, but also through telling the stories of the strength, dignity, and fears of people who suffered through the disaster.

As the book opens, Brown notes that not only is the official report of 54 deaths from the Chernobyl disaster an absurdly low number, but also that we will never know the final death toll. She sets out to explain how the consequences of the nuclear disaster were minimized, misunderstood, and miscalculated. One thread that Brown follows is the outcome of decisions not to resettle residents from Pripyat — the city built to support the nuclear facility — initially, and later, to not resettle those living in the areas in Ukraine and Belarus where nuclear fallout was most intense.

Central to the lessons Brown highlights is the denial among officials across the Soviet Union that the people living in regions of intense nuclear fallout suffered devastating physical consequences. Moving from one region to another to collect now-declassified reports and talk with scientists and doctors, Brown details the increases in cancers, miscarriages and birth defects, anemia, heart disease, and enlarged thyroids. Officials in Belarus offered up an argument that will be hauntingly familiar to those tracking the spread of COVID-19: “There was, they said, too much medicine: ‘The acute increase in illness…is explained by the improvement of medical care.'”

Scientists, activists, and survivors who wanted to disseminate information faced the near impossibility of refuting the stance of the Soviet state. Anyone with a differing opinion was marked as a hoodlum, deviant, or troublemaker, and silenced through a variety of unpleasant means ranging from having your job taken from you, your family imperiled, or being sent to prison or a work camp. These realities were commonly known outside of the Soviet Union at the time, but knowing of a situation does not mean being able to change it.

Brown was in the USSR in 1987, the year after the Chernobyl accident, to study in Leningrad (now St. Petersburg). She writes that she did not pay much attention to the rumors of radioactive food. She did not dwell on the post-event health problems and protests in Kviy and surrounding areas either, assuming, as many did, that activists were exaggerating the effects of the disaster. Her research decades later proves otherwise.

Manual for Survival is also, inevitably, a Cold War story. With the gradual opening of the Soviet Union under perestroika, the World Health Organization and scientists and physicians from across the world joined efforts to understand the impact of Chernobyl’s radiation on human beings and the environment. Brown includes stories of researchers who collected data as concerned citizens, finally available for longitudinal study after being secreted away.

Yet that was the exception. In 1990, the newly-formed United Nations Atomic Energy Agency (IAEA) organized two small groups to visit the disaster-contaminated lands. Brown reports that Soviet scientists who had information regarding radiation levels and doses were under strict orders not to release the data to visiting scientists. The ongoing distrust between the IAEA and the Soviets, along with embedded KGB agents, finally came to a head in Summer 1990.

Two computers and a stack of floppy drives were stolen from the Institute of Radiation Medicine in Minsk. The apparent inside job was revealed as such when the computers were recovered but the hard drive was erased and the floppy disks were never found. Further devaluing these new studies, the IAEA scientists did not trust the expertise of their Soviet counterparts and dismissed their scientific findings, as well as their observations about the daily habits of people living in Belarus and other areas affected by Chernobyl fallout. Villagers ate locally-grown berries and mushrooms, drank milk, and cooked with wood, all carrying radioactive particles. Ingesting these particles led to constant cycles of contamination and disease. The final report from the IAEA was misleading, determining that there were “no health disorders that could be attributed directly to radiation exposure.”

Brown’s ethnographic research shows that a scientific, political narrative is also fundamentally a human story. She details her visits with doctors, politicians, researchers, and survivors. In the Ukrainian city of Chernihiv, for example, Brown visits a wool factory where she meets with Tamara Haiduk, a shift supervisor who worked in the factory in 1986. “We sat on a bench outside in the sunshine,” she writes. “Haiduk looked every bit the sweet old Ukrainian grandma.”

Brown then recounts the story Hauduk tells about 21,000 tons of wool arriving at the factory from all over Ukraine, much of it radioactive. But after 1987, she tells Brown, hardly any wool was radioactive. Then Brown and her research assistant Olha Martynyuk are given a tour of the factory by Tamara Kot, whom she describes as “tall, robust, and warmly expressive.” Kot’s account is radically different from Haiduk’s. She and a friend began working at the factory in 1986. They were young, healthy women. But within a year, Kot’s friend was diagnosed with leukemia, a result of the radioactive dust inhaled by the factory workers. She died soon after.

Stories like these are a vital part of each piece of Brown’s work. Knowing how families, children, and communities were impacted by the Chernobyl accident provides a human connection to a scientific disaster, rendering these histories difficult to forget. The convergence of personal stories, scientific explanations, and political history offers powerful evidence of the impact of nuclear disaster on human life and the environment. There are more than 400 nuclear reactors in operation worldwide, and Manual for Survival can function as a cautionary tale for future potential disasters.