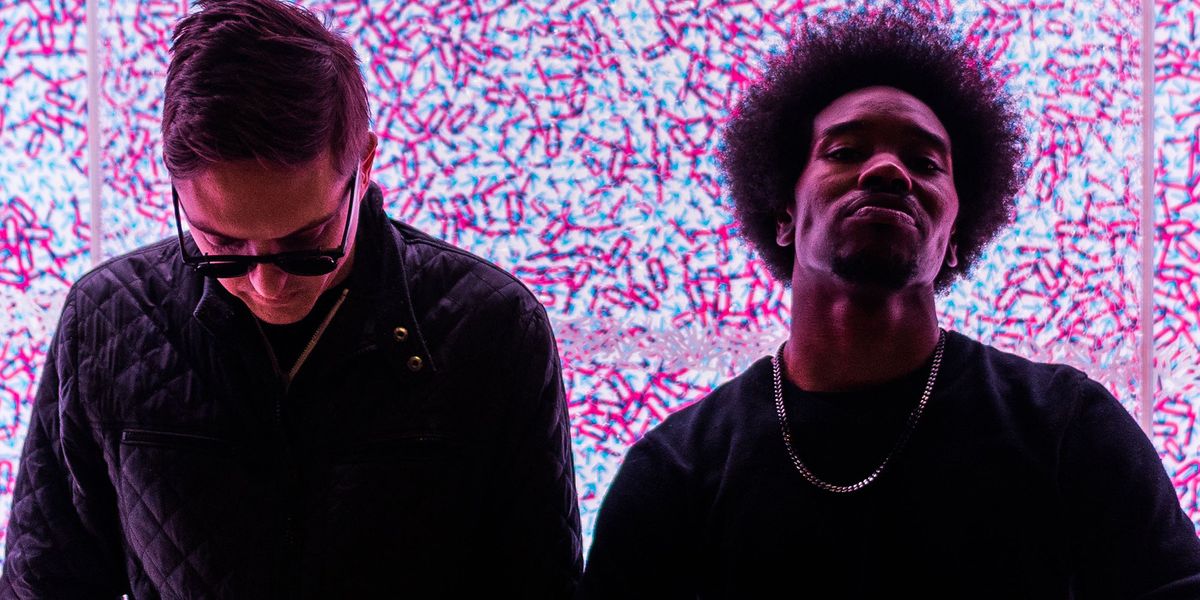 In just under ten years, music producer L’Orange has managed to make a much sought-after name for himself amongst hip-hop circles. His creative prowess, coupled with his work with some notable names like Kool Keith and Jeremiah Jae, has landed him in some of the most respectable spaces in music, including a buzzworthy label, Mello Music Group, as well as a stretch of high-profile live gigs across the globe.

L’Orange’s work has explored various styles and genres. His hip-hop generously takes in jazz, blues, and electronica with a curious, though never cautious, sense of experimentation, the musical exploits always re-imagining the rigid boundaries of hip-hop convention.

In 2018, L’Orange released
Marlowe, a joint effort with rapper Solemn Brigham (together recording under the name Marlowe). A furious mix of boxy hip-hop rhythms and inky blues, Marlowe simply affirms the producer’s uncanny way with samples and arrangement and instates Brigham as one of hip-hop’s newest and brightest hopefuls. As Marlowe, L’Orange and Brigham travel avenues that are essentially the genre’s backroads, traversing spaces of sound and poetry with a sense of purpose and adventure.

The numbers on that first album, like “Lost Arts” and “The Basement”, work a peculiar stratagem of locating heavy rhyme schemes within the sour blues where new ideas of sound and language are forged in the wide terrains of the machine-made music. L’Orange’s ability to employ a wide array of technology and still process them in such an organic and human way is not a skill many producers can boast of easily.

Photo by Sam Fu (courtesy of the artist)

While the producer’s other efforts, such as the notable 2015 collaborative effort with Kool Keith, Time? Astonishing!, may have earned him wider attention, Marlowe remains one of his most exciting projects. His second studio round with Brigham has bore him the fruit of a follow-up, simply entitled Marlowe 2.

Sourced from a straightforward, no-nonsense boom-bap, the 18 cuts on Marlowe 2 are preened with a cache of unusual samples that tune them anew with almost bookish resolve. L’Orange finds an inventive range within his production, interleaving the hip-hop with textures that bring his landscapes into tuneful definition. Pushing along the ascent with brutish determination, he broaches the trickier gambits in style to ply further his grooves with a rush of sonic colour. Indeed, there are some impressive designs here that, at times, rely more on sheer imagination than they do on technical prowess; L’Orange’s ability to create swirls of atmosphere that are deeply sensual – nearly mystic – are experiments to behold.

There is a blistering run of frenzied funk on numbers like “Spring Kick” and “Otherworld” that proliferate the artier schemes of sample-based hip-hop. L’Orange also manages to orchestrate some risky movements with some fairly suspect samples; the mariachi horns on “Paydirt” are worked ingeniously into the plodding boom-bap with skillful negotiation.

On “Dead a Lot”, a bruising guitar twang walks the rhythm with bluesy swagger, shouldering mightily against the hip-hop braggadocio with a cruel and sparkling elegance. The rubbery, Martian funk of “Later With It”, rings the air with alien synth riffs that edge in sideways on an itchy bassline. And on “Sawdust Underground”, a sensuous clatter of percussion circles the soundscape, superseding melody for the catchier exploit of a factory-churning groove.

In Brigham, L’Orange has one of hip-hop’s most def(t) rappers. There’s a banging resonance to Brigham’s rhymes and they span the atmosphere with soaring washes of colour. The rapper’s melodically-informed flow is a kind of poetry that dangerously scans an exhortative wordplay; he blazes through lines with exigent speed, a force honed and harnessed with the practiced tongue of a skilled wordsmith. But there’s also deliberation and measure in these poems, sincere stories that express the chaotic storms that are often the life of urban youth.

Brigham offers L’Orange a true ally in these dissentient experiments, someone who is fearless in helping capsize the mundane praxis that a lesser producer would too often be ensnared by. The two engage heartily in the trials of discovery, always furthering one another toward the precarious edge of these musical expeditions.

Though this album comes off the heels of an already lauded first effort, the duo seems new and fresh all over again, staking claims all over the grounds of hip-hop’s playing fields. Indeed, Marlowe 2 proves an astounding and revealing work: it does the near-impossible trick of introducing fantastic talents for the first time – a second time around.

How did you meet Solemn and come to do the Marlowe projects with him?

I first met Solemn over ten years ago. We have been friends for a very long time. We started making music together early and gradually shifted to being friends as he and I went in different directions. I was feeling pretty burnt out musically and I wanted to circle back to the beginning of my career and work with one of my best friends. Thus, Marlowe was created.

Tell me about the first Marlowe album and what kinds of ideas, styles and influences you were working with on that.

Marlowe was about embracing a sound that I hadn’t experimented with prior. Using international garage, surf, and psychedelic music was extremely new and exciting for me. That, combined with trying to complement Solemn’s style, led to some new areas for me creatively.

How has the new album developed from the last? In what ways does the second album diverge from the first?

We made it a point to not put too much pressure on ourselves. I was very particular about letting ourselves be creative and not forcing any progression artificially. We just had fun and let our chemistry and creativity speak for itself.

Solemn took a huge leap from the first album to this one. From technique to melody to songwriting and composition, Solemn took a step forward in production and style. Whereas I took a director/editor role in the first album, this time around I let Solemn’s approach lead us creatively most of the time and that let me be free to go different directions musically.

Please discuss some of the themes in your lyrics for this new album.

Identity status and redemption are some of the themes that I touch on. I wanted to dive further into who Marlowe is and speak on how people may be seen versus who they are. This was made for those who know us, those who don’t know us and those tryna find themselves.

You have an interesting style of flow and rhyme, which slips back and forth between sing-rap and clear-cut rhyming. What were the influences that helped to develop your style?

I’m old-school jazz and gospel influenced. I pay a lot of attention to voices no matter what the genre and I think playing to your voice is important. I’m a rapper by nature but never limit myself when it comes to getting feelings across. The goal is to have a broad range of emotion on every ride.

How would you compare the styles and sounds of the first Marlowe album from the second one?

I would say Marlowe 2 is more deliberate and focused, which is not just a reflection of the sound but of us as well. Marlowe 2 definitely goes more places range-wise, but they’re both equally raw and equally ambitious.