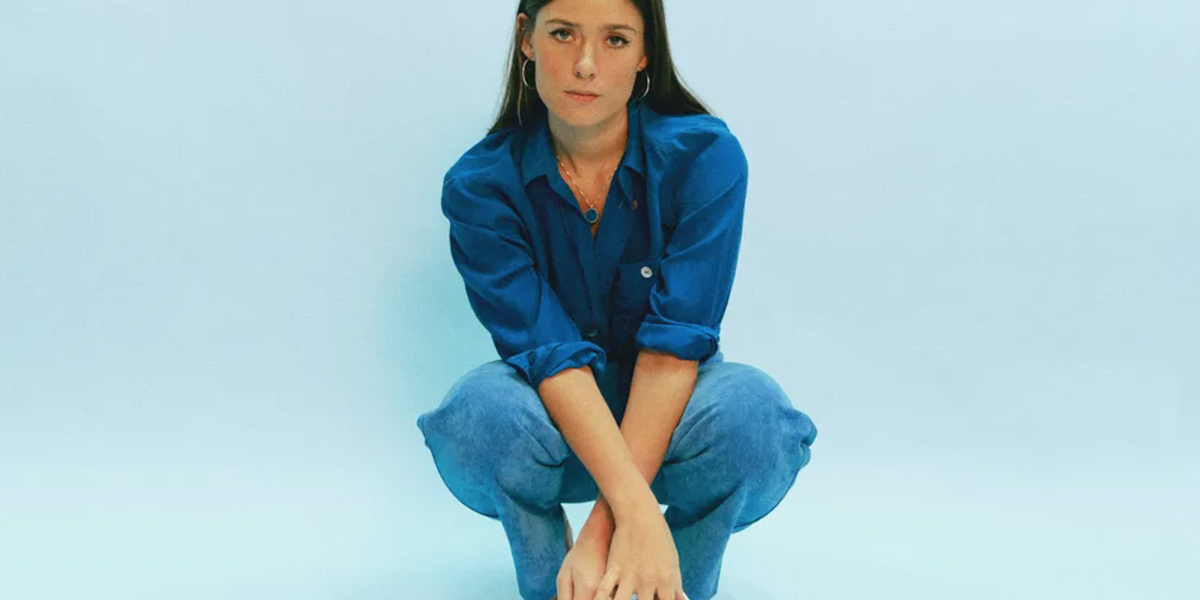 “I know I’m better off solo / Shouldn’t have to be this hard,” sings LÉON on her second album Apart, the follow-up to her 2019 self-titled debut LP which launched her to the forefront of the indie-pop conversation. Much like all of us, the Swedish singer—born Lotta Lindgren—has been grappling with both the social and emotional effects of the isolation that this year has brought, and in some ways, this record was born from that. But in others, Apart articulates the comedown from being out in the grand uncertainty of the world and attempting to heal from those wounds.

LÉON, who returned home from the tour in support of her self-titled debut just two days before last Christmas, knows this feeling all too well. Having parted ways with a longtime partner and moving into a new home by herself for the first time, the social isolation of 2020 could not have come at a worse time. “With all these different emotions, the year didn’t start out on a high for me,” she told PAPER. Apart, which was recorded entirely in her hometown of Stockholm with producer and old friend Martin Stilling, has a sound that is both similar and in stark contrast to her first record.

While the melancholy and nostalgia-infused lyrics that have brought her a passionate fanbase remain, her second album surely proves that the vulnerability present on her first album and previous EPs was not performative. LÉON is someone who genuinely feels passionately and intensely, especially during a year like this one, and it’s this quality that attracts listeners into a comforting atmosphere where we also feel free to feel intensely.

Apart also feels distinctly more personal than her previous work. While her first album was written in Los Angeles and recorded in London, LÉON had the privilege of making her second record in a studio close to her home. As a result, the music eschews any gimmicks and fancy hooks, for the most part. The only hooks that exist on Apart are the ones that flow naturally through the singer’s songwriting and production process. On the album’s opener, “Head and Heart on Fire”, she sets the stage for a body of work that is sure to trigger nostalgia and even lost memories: “Did I know you from before? / I think you had me from that moment / I wish I never let it go.”

Perhaps what she wishes she’d never let go of was what we all wish we had appreciated a bit more—a less isolated and divided world. While most of these lyrics are the singer grappling with the end of a significant romantic relationship, it appears that her new songs also resonate in a time where everyone has found their romantic relationships with the world forcibly changed. “Spending money on things I know I don’t need / Cut my hair to change me / I’m smoking, again / I know how much you’d hate it / But you ain’t here to tell me,” she sings on “In a Stranger’s Arms”. On “Chasing a Feeling”, she’s battling the same demons wishing for both a familiar and a new experience. “Sometimes, I’m saying / I don’t need you, but I don’t know / Is it my fault we’re changing? / Maybe time just got us both.”

Despite the album’s yearning for a time when things made sense, both personally and collectively, it appears that the singer achieved something that many of us take for granted. Speaking on the songwriting process for the album, LÉON remarked, “The process for this album was similar to how I used to write before I got into the industry.” It seems that we all want to experience more stripped versions of ourselves when we’re not trying to impress or appease others. While it would have been nicer to achieve this when the world wasn’t in a state of ongoing crisis, it’s still nice when we can lose the masks (the figurative ones, not the literal ones—keep those on, please) and speak and create freely, as ourselves. LÉON’s music continues to be a welcoming place to do that.