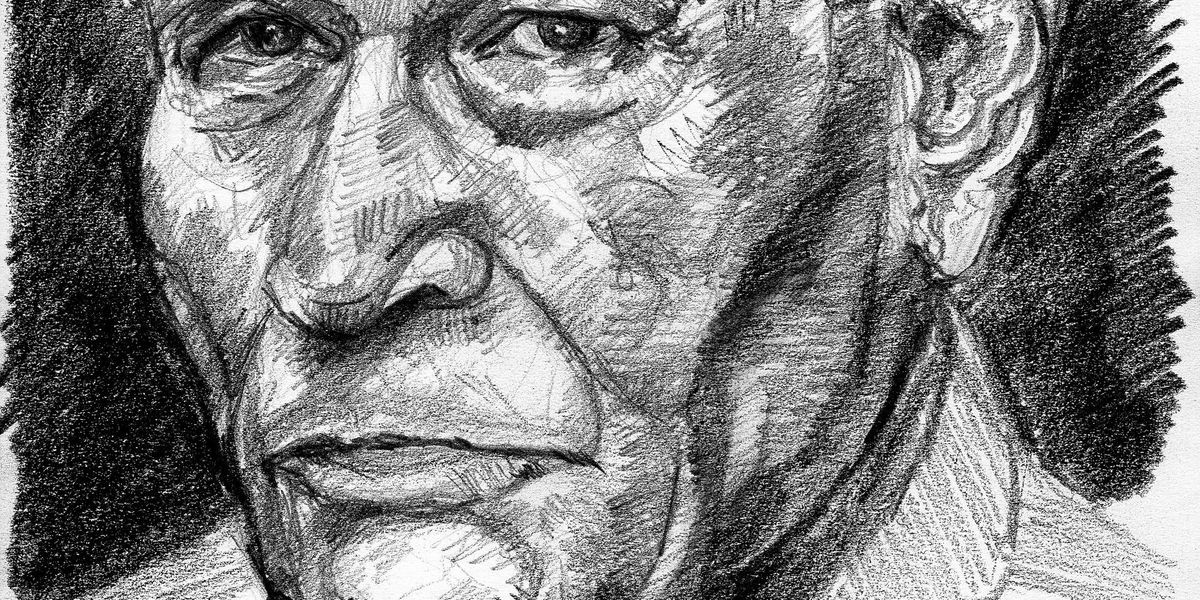 Once upon a time, wearing a Jacques Derrida T-shirt was a hip way to declare one’s cerebral aspirations but to do so now is more likely to be taken as an indication of age or quaint fidelity to a thinker who has passed out of the public eye (he died in 2004) and out of fashion. In the 1970s and ’80s, Derrida ranked as the unchallenged doyen of radical thinking and was received everywhere with respectful rapture.

Well, not quite everywhere. The buzzword during Derrida’s heyday was deconstruction and for his critics, it was a red flag to a bull. It signaled for them a horrible destructiveness that took the handcuffs off the meaning of meaning, restraints that had been voluntarily snapped on for the safety of thought and civilization as we know it. Abandoning meaning in favour of equivocality was seen as a recipe for irrationality; right-wing voices vehemently dismissed him as a charlatan without referring to so much as a sentence that he wrote.

In another age, Derrida the heretic would have been burnt at the stake, but 30 years ago such a condemnation had to adopt a less inflammatory form. It took the form of a letter to
The Times, signed by 18 academics, objecting to the award of an honorary degree to Derrida by Cambridge University. His work as a philosopher, they alleged, ‘did not meet accepted standards of clarity and rigor’ and his writings consisted ‘in no small part of jokes and puns (‘logical phallusies’ and the like)’. The pun they refer to is quite a good one, except Derrida never coined it and, like the 204 Cambridge dons who voted against the award (336 approved it), one wonders how many of the signatories had actually read anything by Derrida. Alarmingly, the mass murderer Anders Brevik cites ‘Derridean deconstruction’ as one of the enemies in the culture war he so lethally enrolled himself in.

J. G. Ballard was more candid when he asked himself, ‘Do I even partly understand him? If I’m honest, not really. For 20 years, I’ve been floating around Derrida like a space capsule whose landing instructions have got lost, and I have never really made contact. Only professional philosophers and Eng Lit deconstructionists can really explain him.’ Peter Salmon, author of An Event, Perhaps: A Biography of Jacques Derrida, fits neither category of explainers but, in producing a lucid account of Derrida’s intellectual development, his book provides the kind of landing instructions that Ballard couldn’t lay his hands on.

Derrida questions, ‘deconstructs’, patterns of thought that are taken for granted, and one of his targets is what is called the ‘metaphysics of presence’. This is the powerful and intimate sense of self-presence, the conviction of an inner ‘voice’ that belongs to each individual, securely encrypted for personal access only. This sense of presence privileges the spoken word, it is what we ‘listen’ to when thinking to ourselves, and when we talk aloud it is a guarantee of selfhood. By contrast, the written word can be endlessly reproduced, leaving behind the original subject. This makes it suspect when compared with the ‘purity’ of the spoken word and Derrida shows how philosophers from Plato onwards have created a hierarchy that downgrades writing for its lack of a ‘metaphysics of presence’.

The speech/writing hierarchy is a binary opposition, prioritizing the first term over the second, but its ‘logic’ is a constructed one. Derrida’s strategy is to expose such oppositional pairs – male/female; nature/culture; self/other – and ask what political or philosophical or cultural purpose is served by them.

Derrida’s intellectual development is adroitly unpacked by Salmon without bamboozling the reader or peddling dime-store psychologizing. His background is sketched in: born into a Jewish family in French-controlled Algeria, Derrida acquired French citizenship (denied to the country’s majority Muslim population) and attended the exclusive École normale supérieure in Paris. From then on, his life revolved around writing books that made him increasingly famous in the Anglo-American academy.

Salmon is not besotted with his subject and he gives short-shift to Derrida’s defense of his friend and intellectual comrade, Paul de Man. Four years after de Man’s death in 1983, it emerged that as a young man he had been a fascist and wrote for Nazi newspapers. He managed to hide his background and blagged his way into Harvard with a fictional master’s thesis. Salmon finds it hard to accept Derrida’s heartfelt defense that de Man must have been tortured by his past, asking, ‘Who has the right to judge it, to condemn or to absolve?’ Salmon responds: ‘To which one might answer, the law courts from which he fled and the victims of his propaganda.’

Given a subject who spent his life reading and writing, Salmon’s biography is necessarily bookish but in his later years, Derrida increasingly connected his thought with a world outside of texts. Ornette Coleman is not mentioned in this biography but Derrida interviewed him in 1997 when the saxophonist/composer held three concerts in France. Their conversation ranges over many topics and there is a moment when Coleman observes how ‘being black and a descendent of slaves, I have no idea what my language of origin was.’ Derrida empathizes: ‘I was born into a family of Algerian Jews who spoke French, but that was not really their language of origin … I have no contact of any sort with my language of origin, or rather that of my supposed ancestors.’ C

Coleman then puts a question to his interviewer: ‘Do you ever ask yourself if the language that you speak now interferes with your actual thoughts? Can a language of origin influence your thoughts?’ Derrida’s reply – ‘It is an enigma for me’ – is no surprise. He explored the inextricable link between thought and language in ways that expose the idea of unitary meaning as an artifice. Adam’s naming of animals in Genesis – ‘Whatsoever Adam called every living creature, that was its name’ (2.19) – is confirmation that in a state of paradise there is no struggle over how we use words. Communication, spoken, written, or visualized on a T-Shirt, is not so straightforward a business in a fallen world.