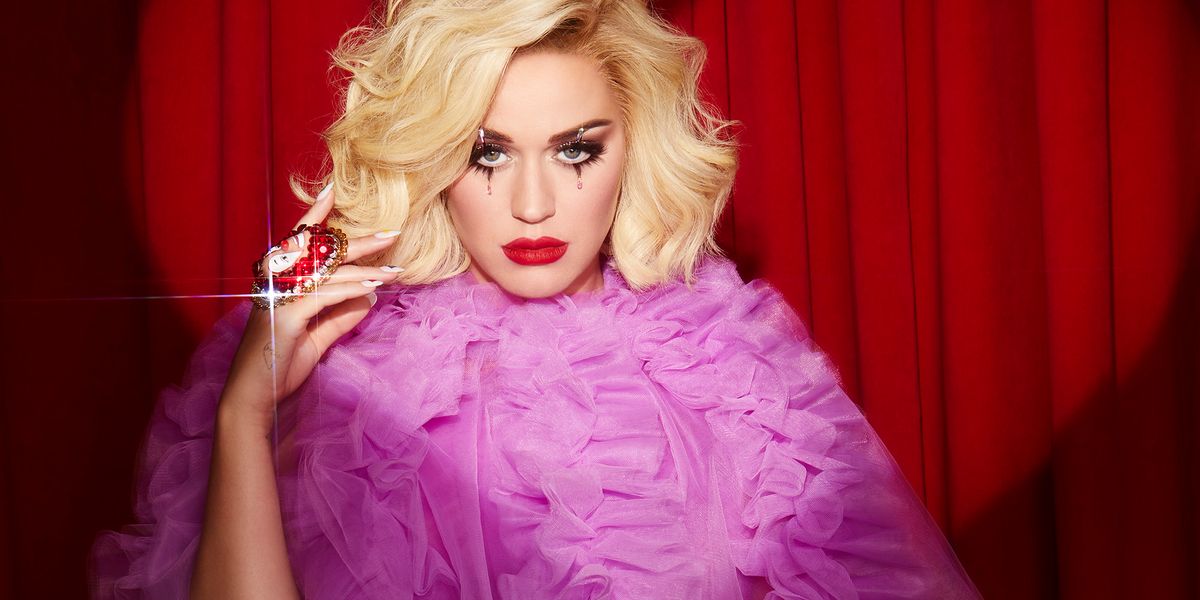 In order to truly, fully, and properly enjoy a Katy Perry song, there is only one rule to bear in mind: location, location, location. Several ideal locales come to mind: flying down the street while dancing through the sunroof of a moving car; immediately after ordering the shot you probably shouldn’t have ordered; the last three minutes of a cardio session; “treating yourself”; anywhere it would be appropriate to wear heart-shaped sunglasses; the beach; the mall; a road trip with your best friends forever.

A great Katy Perry album — of which there are many — swerves between carefree bliss, one-size-fits-all swaggering, flirty celebrations of love, and for the die-hard fans, some surprisingly introspective ballads.

What made her fourth record Witness such a jarring disappointment was that it didn’t check any of these boxes. Elsewhere in her discography, a song like “Swish Swish” would’ve been irreverent, funny, and cutting; instead, it offered limp disses that barely even registered. “You’re about as cute as an old coupon expired.” “Bon Appetit” might have had a lyrical clunker or two, but certainly not so many as to make it impossible to enjoy unironically. Deeper cuts were relentlessly mid-tempo, pensive, but full of platitudes, resulting in a humorless vacuum of vaguely pleasant house-lite tunes that not only had nothing to say but had no hooks. Silly as some of her past hits had been — from the corny rap-inflected “Dark Horse” to “Firework”, whose euphoric production worked like hell to offset its gutter-level lyricism — all could be forgiven if she brought that trademark Katy Perry fun. In this sense, Witness bordered on unforgivable.

As it followed, Witness invited cynical readings of Perry as a trend-hopping opportunist. The decision to make an album of so-called “purposeful pop” in the wake of her contemporaries pivoting to politically woke hitmaking seemed inauthentic to passersby. However, coupled with the album’s bizarre promotional campaign that included a near nonstop live stream of Perry’s private life — in which she seemed earnestly, profoundly miserable — the era’s biggest crime was legitimizing a truly alarming question. How can Katy Perry even be Katy Perry if she isn’t having fun?

Smile, the singer’s fifth album and first in three years, seeks to answer this question. Much like 4 sought to transition Beyonce into a more “adult” lane, redefining married life as exuberant and sexy, Smile attempts to find an appropriate lane for Katy Perry in 2020. She’s newly engaged, beginning motherhood, on the brink of stakes much higher than waking up to one’s Barbies on the barbecue à la “Last Friday Night”.

What follows is an album that rights the immediate wrongs of Witness with plentiful hooks and a snappier, more urgent production approach. But it still misunderstands what makes a perfect Katy Perry song: the ability to soundtrack three minutes of reckless abandon, embodying the feeling of getting out of your head and giving yourself to the moment. Smile is, by and large, in its own head. Preoccupied with the general public’s view of her career and persona, relentless self-affirmation, and vague notions of appreciation for times of struggle, a vast bulk of the tracklist scans as self-help babble that seems unlikely to resonate with anyone beyond those that choose the music for greek yogurt commercials.

Lead single “Smile” is the guiltiest of this crime, barely passing as a song, abandoning any momentum its irritating hook builds for a verse melody that may as well be “Hot Cross Buns”. Though it provides all the evidence the world will ever need that the phrase “humble pie” should never be used in a pop song, it comes off as a hollow jingle rather than any return to youthful, happy form. “Daisies” is an equally brutal cash-grab, a song you’ve heard about a million times before by voices far less capable than Katy’s. Sticks and stones abound, but it remains unclear what is being fought for other than her right to make a song that will sound the most rousing on the next season of American Idol.

Tracks like “Resilient” and “Not the End of the World” are less offensive, skating by on lyrics that center on nebulous “positivity”. Still, the production harkens back to highlights of her career in ways that will likely resonate with her truest fans. “Not the End of the World” is the overly ambitious sister of “Dark Horse”, anchored by an anthemic chorus and understated drop, but ultimately held back by lyrics that are too saccharine to hold any pathos. “You can make a wish, even on a satellite / On a plastic lash, or anything you like / You can tame a dragon if you’re not afraid to fight.” A much more successful experiment, “Cry About It Later”, invokes Tove Lo and Robyn for a surprisingly dark, claustrophobic thriller about dancing one’s troubles away — but its distance from an essential Katy-Perry-ness gives it an odd fit.

Those songs that redeem Smile, putting it leagues ahead of Witness (though a fair deal behind Prism), are those songs that are celebrations. Album opener “Never Really Over”, profoundly underrated upon its release over a year ago, is the stuff of which Teenage Dreams are made. The track has aged extremely well, soaring and anthemic, boasting a chorus that couldn’t be more energetic or earnestly fun if it tried. The song jams 100 syllables into a 20-second hook. Yet there’s an effortlessness to it that has eluded the stars of Katy’s caliber since the female pop boom of the 2010s. It’s hard to listen to and not long for a place to dance in a sweaty crowd. It succeeds in doing what the vast bulk of Smile was likely intended to do: accepting one’s shortcomings, then dancing them off.

“Champagne Problems” is one of Smile‘s newly released successes, straddling her trademark flirtatious lyricism and delivery while paying gleeful homage to her less chaotic life with fiancee Orlando Bloom. Her vocal delivery is infectious, straining for an emphatic “Give it to me!” on the hook, her slinking upward in a way that’s irresistibly fun with which to sing along. “Tucked” revels in the state of romantic fantasy before inconvenient reality sets in, and isn’t as obvious a hit. Its uncharacteristically understated production buries it in the tracklist at first, but the chorus is undeniable, as rousing and silly as some of the best Katy Perry deep cuts.