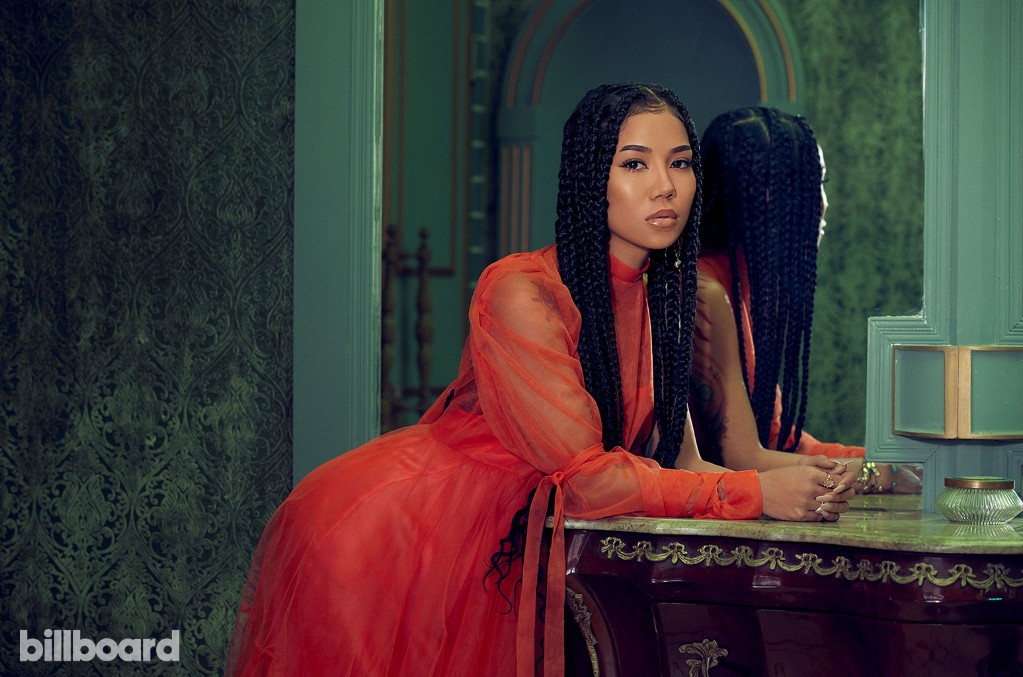 Jhené Aiko earns an impressive debut with her Chilombo album, which starts at No. 1 on the Top R&B Albums chart dated March 21. The project kicks off with 152,000 equivalent album units earned in the week ending March 12, according to Nielsen Music/MRC Data, her first time breaking the six-digit mark since Billboard shifted to consumption units from pure sales in late 2014.

Chilombo gives the singer-songwriter her fourth No. 1 on Top R&B Albums. She first led with her Sail Out EP in 2013, following with 2014’s Souled Out and 2017’s Trip. In addition, she topped the chart as a member of the Twenty88 duo, with Big Sean, and its self-titled release in 2016. All five projects reigned for one week each on the list.

As Chilombo arrives, nine of its tracks debut on Hot R&B Songs, led by a No. 5 start for “B.S.,” featuring H.E.R. Check the full list of entrances:

In addition to the nine new recruits, four more Chilombo cuts have already clocked time on Hot R&B Songs. Lead single “Triggered” peaked at No. 3 on the list last May, while “None of Your Concern,” featuring Big Sean, debuted at peaked at No. 7 in November. The latter re-enters the survey at No. 11 thanks to Chilombo activity. Plus, the set’s “P*$$y Fairy (OTW),” a former No. 6 success, returns to its peak, and, lastly, “Happiness Over Everything (H.O.E.),” featuring Future and Miguel, races 15-8 in its second week on the chart.

With her Chilombo haul, Aiko moves to 26 career hits on Hot R&B Songs since the chart began in 2012. She passes Rihanna, with 24 in that time, for the second-most among all female acts, behind Beyoncé’s 35.

Elsewhere, Aiko claims her first top 40 results on the Billboard Hot 100 as a lead act with “B.S” and “Fairy.” The former debuts at No. 24, easily securing a career-best debut among her dozen entries, thanks to its 20.8 million U.S. streams in the week ending March 12, enough for a No. 11 opening on the all-genre Streaming Songs chart.