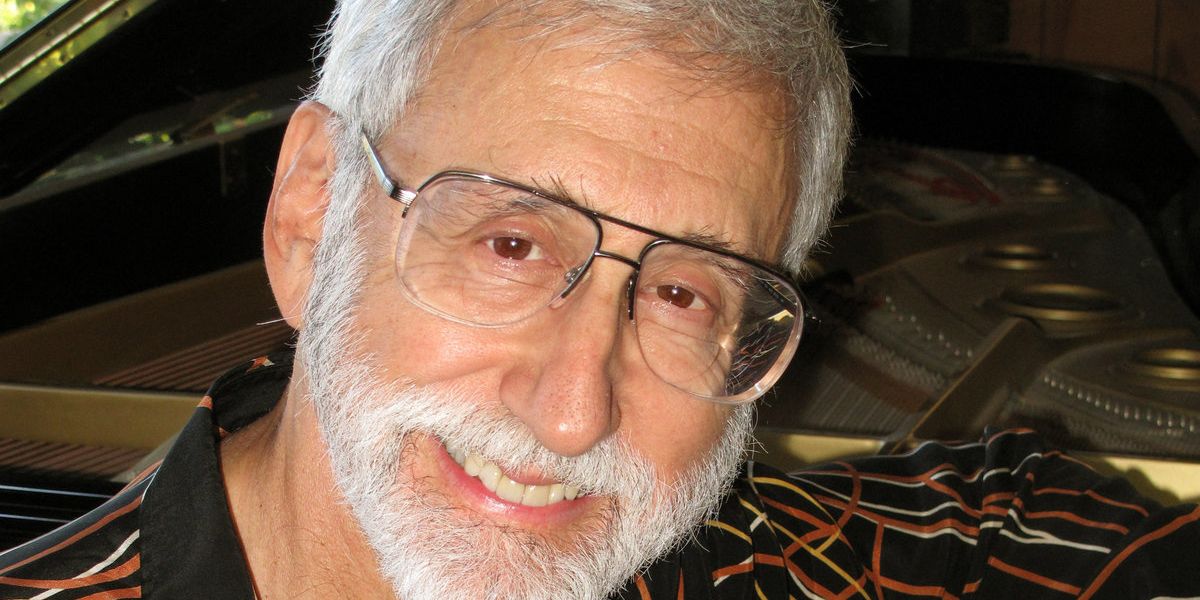 Pianist and still-practicing psychiatrist Denny Zeitlin doesn’t live in New York, the jazz capital of the world, but it is an event when he makes the trip. He has led a now-and-again trio with drummer Matt Wilson and bassist Buster Williams for 18 years. In May of 2019, Zeitlin got the boys to head down the steps into the intimate, labyrinthine Greenwich Village club Mezzrow to record their fifth album.

Mezzrow is a small place, founded and run by a jazz pianist, so it has always favored intimate piano performances—trios, duos, solo piano, or piano and voice. Zeitlin’s brand of pianism is perfect for the space—adventurous but squarely within the modern tradition, with subtleties in the harmonies, the countermelodies, the voicings, and the rhythmic interplay that benefit from an intimate sonic space. Mezzrow is an intimate place where audiences come to listen with care.

The program on Live at Mezzrow is built around three Billy Strayhorn compositions that play directly to the trio’s subtle strengths. Zeitlin was born only nine years after Bill Evans, and the two arguably share some musical DNA: a distinct feel for impressionist harmony and layered countermelody. Strayhorn’s “The Star-Crossed Lovers” is precisely the kind of miraculous jazz ballad that suits this approach (although Evans seems never to have recorded it), with chords that cross and build, seeming to slide in directions you don’t anticipate while still being sumptuous. Zeitlin plays the tune with gentleness and deliberate opening up of space. Though there is never a “bass solo” here, there are five or six moments when Buster Williams’s accompanying bass part is so melodic and beautiful that it pushes its head up above the piano’s lead. This kind of fluid counterpoint matches Strayhorn’s fabulous composition, the trio, and the room where it’s all happening.

The same composer’s “Isfahan” is from Duke Ellington’s Far East Suite, where it featured Johnny Hodges’s luscious alto saxophone sound. This trio uses it to feature the intricate rhythmic interplay between Wilson’s rattling brushes and the deep bass tones of Williams. Zeitlin plays the melody and improvises, of course, but it is the trio interaction that stars. “Intimacy of the Blues” is a rare Strayhorn tune that uses a standard structure (the 12-bar form of the blues) and cooks—but it also avoids any showoffery and insists on the primacy of three musicians in open conversation.

Three other standards suit the band well. Arthur Schwartz’s “Dancing in the Dark” and George Gershwin’s “The Man I Love” both feature an unaccompanied piano introduction. Zeitlin, over the age of 80 on the recording date, is never less than fully assured, clear in tone and touch, able to move nimbly and yet with exquisite dynamics. During both performances, the entry of the rest of the band is an event, though not abrupt. The rhythmic complexity is the point. As soon as they enter, it is more than tripled, with the push-pull of polyrhythms coming from the elastic bass lines and drum accents but also precise moments of togetherness, as the whole band orchestrates rhythmic figures with expert coordination. “Dancing” moves from swing to Latin and back again, while “The Man I Love” expands and contracts the melodic flow to alter the composition rhythmically.

Thelonious Monk’s “I Mean You” may be the most playful and loose performance of the set, naturally. Wilson cuts out for whole or half choruses, creating suspense, Williams anchors a truly solid and strutting walk on the bottom, and the piano skitters up and down, sometimes giddy and sometimes turbulent. And Williams finally gets a proper featured solo—about as creative and rubbery as a bass solo could be. Of course, with all the fun going on, Zeitlin and Wilson trade fours, dashing toward the sun. Yum.

Zeitlin contributes two originals, “Echo of a Kiss” and “10 Bar Tune”. The former is a very attractive theme in waltz time, while the latter is a laconic loper in straight time. More daring, though, is the trio’s riveting deconstruction of a classic Wayne Shorter composition that Zeitlin has played on a previous recording of only Shorter tunes. “Paraphernalia” was first recorded for Miles Davis’s Miles in the Sky album, where it featured a George Benson guitar part that was in nervous rhythmic counterpoint with Herbie Hancock’s piano. Zeitlin, Williams, and Wilson create something just as insistent but actually more grooving, setting it up after a long piano introduction that hints at what is to come. Wilson is happy to rock relatively even 16th notes on his hi-hat as his bandmates improvise freely. But with several minutes remaining, the groove breaks down into a meditative quiet. The relatively static harmonies and locked-in syncopations of the theme give way to free improvising that allows for more harmonic color and a pull-and-tug of ballad tempo. Shorter’s melody remains that basis for this ending, however, and it makes for perhaps the most sublime playing of the set.