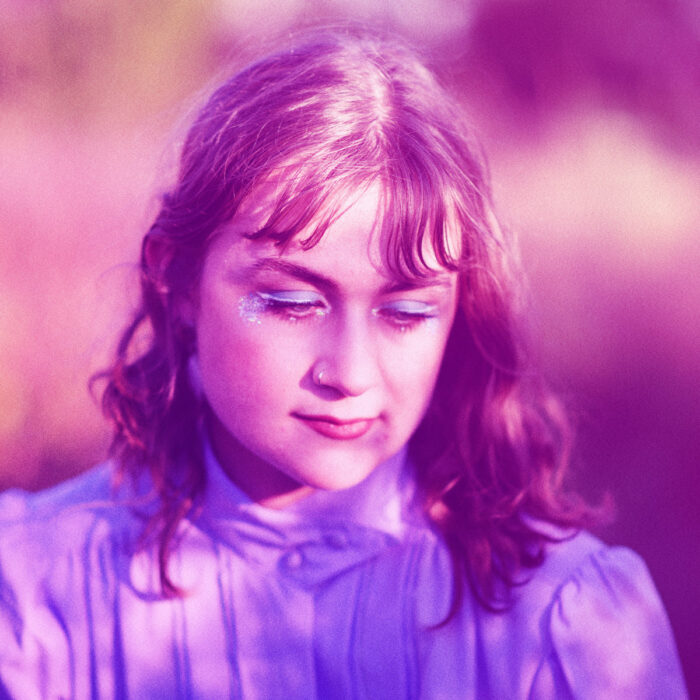 janna’s back to the wilderness is a sprawling alt-folktronica soundtrack that feels like waking up and smelling fresh morning dew. The album’s lyrical and instrumental release is as powerful as the journey itself. In the solo project of singer-songwriter and producer Johanna Baumann, she reconnects with nature, experimenting with synths, slide guitar, fingerpicking, and ghost-like vocals rooted in inspirations by Adrianne Lenker, Elliot Smith, and Sufjan Stevens—both in veins of stripped-back and layered production. “The album is about wanting to give up and relinquish bad parts of yourself,” she said. “But I personally don’t believe in any type of god or deity at this point in my life.”

As a writer, producer, and mixer of her album, she had her intuitions in place. Most arrangements were pre-planned or demos surviving in Logic, like the synth arpeggiator from “puzzle.” In “starting gun,” Baumann envisioned slide guitar which she recorded at home with a Stratocaster. Occasionally, friends pressed record for her when she couldn’t reach the button. But the mainstay lived in an ability to operate smoothly on her own. “I’m pretty self-conscious so sometimes I feel my creativity a bit stifled when working alongside someone else,” she said. “There are pros and cons of letting someone else into your artistic process.” Songs like “starting gun” and “i don’t know” have a produced edge while “where we go” and “in the garden, pt. 1” retain an inch of untapped rawness, like stepping foot into new snow. And then there are songs like “fool for you,” a pop jingle in the likes of Frankie Cosmos (if she went a little folk). It’s a bit of an anomaly, but it works.

“I like this, so I’m not going to redo it,” she said. Staying faithful to a single genre is binding, and even more so as a woman making music in an overwhelmed folk scene. However, when Baumann’s the sole producer on her album she’s able to give herself freedom to experiment endlessly. In some way, all the pieces in the album are hitting a hard task head-on and accepting the outcomes of a first try.

Towards the end of our interview, we chatted about what inspired our younger selves and how those influenced our reactions to music now. It’s a feeling that Baumann compared to your first time smoking weed. These were songs that surprised us in a way that can’t be replicated. “I was an indie rock Tumblr girl in high school,” Baumann told me. “I worshipped Vampire Weekend and The Strokes. When Modern Vampires of the City came out, in particular, the song “Hannah Hunt,” I literally cried so hard when I first heard that.” I laughed (and related pretty hard).

Vampire Weekend was the one band my mom had me put on while she took me driving as a teen so she wouldn’t get nauseous. In another formative high school experience, Baumann saw Sufjan Stevens play in The Majestic Theatre in Detroit. I did too when I was 19. He played for two hours in full orchestration and garb, under a Boston twilight. I believe Sia was on at the same time on a different stage.

“As you get older, you need weirder and weirder stuff to impress you,” she said. Baumann compared the new Spirit of the Beehive album to flipping through a radio dial. In contrast, she admired Adrianne Lenker’s stripped-back performances with nothing besides her voice and an acoustic guitar. There’s ingenuity in both compartments of organized chaos. The music that inspires us now needs to carry both a weight of familiarity soaked into the new, like a desired mutation. But those visions will often exist in our first drafts.

back to the wilderness is out now