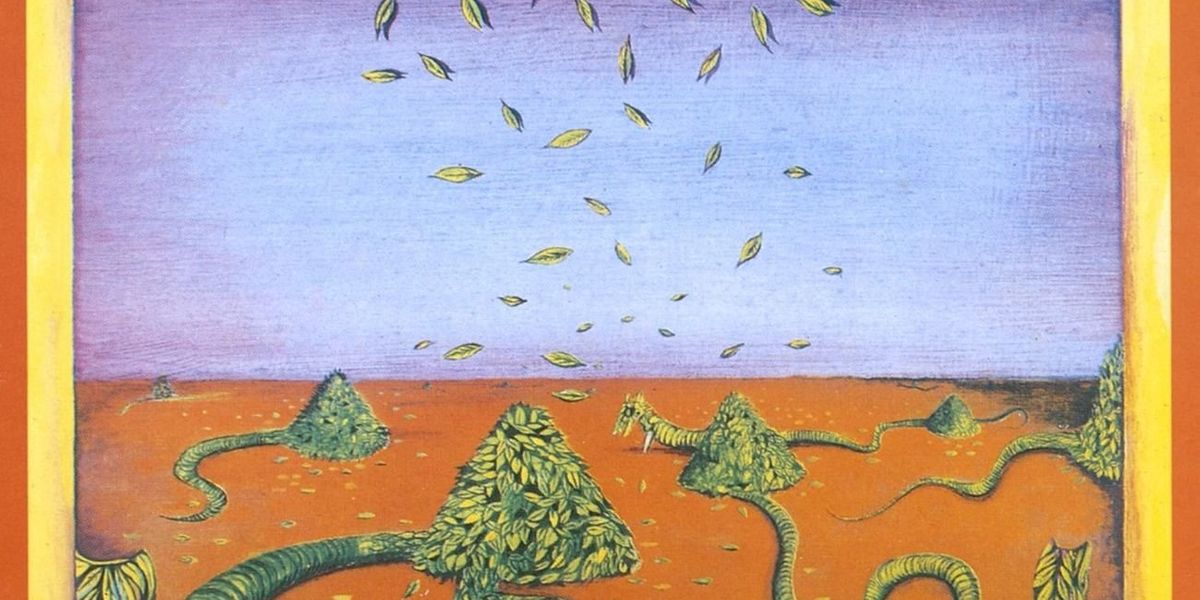 If space rock’s essence can be distilled into a single moment, it would be Hawkwind’s 1972 tour to promote their third LP, Doremi Fasol Latido. It’s a genre that achieves an engulfing, post-psychedelic surrender reliant on few, if any, chord changes, awash in electronic “blips” and “whooshes”, and driven by motoric propulsion. If space rock has a defining album, it would be Hawkwind’s double LP from the tour, 1973’s The Space Ritual Alive in Liverpool and London. Any band that claims influence from Hawkwind is likely referring to this record; any music writer describing anything as sounding like Hawkwind is definitely referring to this album. Never mind the fact that as recently as 2019, they were still cranking out new music.

By the early 1970s, Hawkwind gigs were continuous performances that unfolded, enveloped, reached various crescendos, and allowed for collective stoned nirvana before touching back down to earth. With future Motörhead kingpin Lemmy Kilmister on bass; Bob Calvert reciting fantasy writer Michael Moorcock’s poetry or warning of sonic attack; and twin synth and audio generator scientists Del Dettmar and Dik Mik providing the sounds of being lost in space, their songs built up from and fizzled back into black holes of stretched time before the next doom-laden riff churned forward.

The drive and focus came from guitarist and only constant member Dave Brock’s wah-wah infected ecstatic heights of repetition, while Nik Turner’s amplified sax warbled in and out of the turmoil. The music’s job was to overwhelm the listener, and in it, one can hear trance, minimalist brilliance, and the blueprint for modern psych. To listen to Space Ritual is to hear something fully formed, seemingly from nowhere. But that certainly wasn’t the case.

Dave Brock had spent much of the 1960s busking in and around London with an acoustic guitar and harmonica rack. Yet, as he explains in this interview, even then, he was aware of the idea of striking one- or two-chord patterns repeatedly, using echo from subway tunnels to fill up the space and turn the repetition in on itself. In this way, he became aware of how to bypass his technical limitations and achieve sonic overload.

You can hear this very idea at the end of “Hurry on Sundown”, the lead-off track on 1970’s debut, Hawkwind, an album that used Brock’s past to point toward the band’s—and the decade’s—future. As the song ends, Brock strums the same chord repeatedly, slowing it down as he goes, while echoes cloak him. Anyone first hearing this album after already experiencing its immediate successors would have been surprised by the song’s acoustic three-chord repetition and Brock’s bleating harmonica. But, beyond that, the record also quickly shows a band finding their path.

Image by Pete Linforth from

Once Brock’s chords surrender to the echo, the album truly begins. “The Answer Is?” opens with the tapping of a gong, a creepy guitar curlicue, and a one-note bass pulse that can’t help but remind the listener of Pink Floyd’s deepest late 1960s space explorations. Yet, that’s where the Floyd comparisons end. Eventually, the track, which forms something of a suite, gives way to a metronomic ride cymbal and doom-laden guitar riff over which Brock chants the next song’s title, “Be Yourself”. Here, we have the embryonic gestation of space rock, as the riff gives way to a percussive chug, underpinned by Dik Mik’s synth whispers and lead guitarist Hugh Lloyd-Langton’s piercing solo before returning to the chant. More importantly, the idea of prioritizing rhythm over all else, the kind of thing Hawkwind would perfect on their next two albums, first appears here.

The suite continues with the harrowing riff of “Paranoia”, a simple six-note walk-down that the band speed up and slow down as synthesizers dive-bomb and flutter before being engulfed by dark, meterless, and reverberating whispers. Waves and moans lead into “Seeing It As You Really Are”, which arguably started the dark ambient genre. As a performance, this suite is a 30-minute continuous musical soundscape, the very thing they would develop more consciously for their 1972 tour.

Hawkwind climb out of this, though, with Lloyd-Langton’s guitar sailing over a two-note bass riff before being washed out by Dik Mik’s electronics. Another two-chord build-up occurs, giving room for Nik Turner to unleash some perfectly untutored sax before coming in for a crash landing. Ending with another feature for Brock, driven by his simple riff and maracas, “Mirror of Illusion” feels like a return to the LP’s beginning. However, now the rest of the band are involved as if the last half hour has dragged Brock-the-busker through a void into the riff-wielding ensemble focal point he would become for the foreseeable future.

Like Black Sabbath’s debut the same year, Hawkwind—with perfectly murky production from the Pretty Things’ Dick Taylor and artwork depicting long-tailed dragon-type creatures in a barren landscape—was another clear indication that the 1960s were over. After all, folk-based innocence was being engulfed by dark drones. It also suggested that, for a moment, rock’s possibilities were endless. This was an album that shared a timeline with Can’s Soundtracks, Tangerine Dream’s neither electronic nor meditative first LP, Electronic Meditation, and Amon Düül II’s masterpiece of dusky guitar psych, Yeti. Ultimately, Hawkwind was a product of the late ’60s-era notion of free-gigging: long-form, raga-esque jams complemented by lots and lots of drugs (LSD in particular). Hawkwind attracted stoner freaks and bikers in equal measure, forming alliances with the UK’s heaviest early 1970s groups, such as Pink Fairies, Crushed Butler, and the Edgar Broughton Band.

Aside from pointing the direction the group would take into the next few years, the record carved out a sound they would rarely abandon, even as they winked at krautrock, commented on glam, flirted with a sort of global post-punk, and nodded in the general direction of the NWOBHM. No matter what, they’ve remained rooted in Brock’s heavy riffs, so perhaps it’s no surprise that the Sex Pistols later covered them, as did Monster Magnet (whose sound is clearly connected to early Hawkwind).