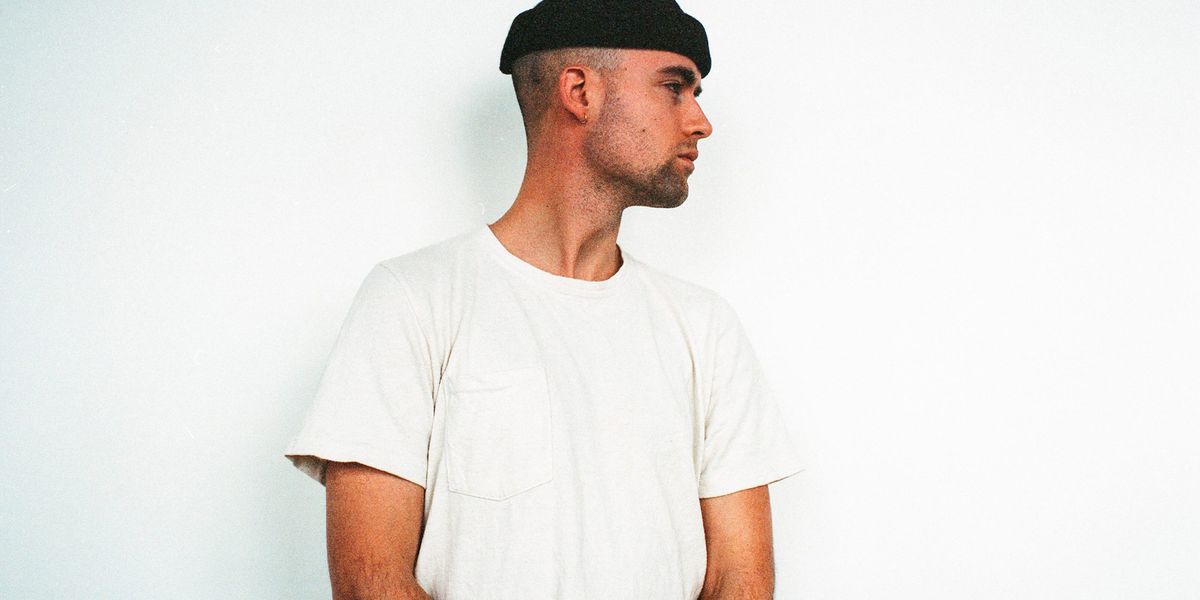 Woodson Black, or more commonly known as Haux, uses his music to explore deeply felt, sometimes inexpressible, emotion. His new album, Violence in a Quiet Mind, searches for empathy and reconnection in a way that is acutely personal. The album is a portrait of trauma’s effect, detailing the profound grief derived from the passing of Haux’s two aunts. Collectively raised by his mother and her five sisters, their lives and deaths indelibly shaped the artist’s identity and psyche. By returning to defined moments of pain and struggle, Haux cultivates breathtaking music built on quiet, albeit intense, anguish.

Indeed, the opening “Hold On” is akin to an elegy. The track recalls Haux’s emotional response to learning his aunt Alice accidentally overdosed while battling a brain tumor. On the album’s press release, Haux admits, “I felt like I lost a part of me when she’d gone.” The realization “I’d never be safe / I’d never be whole” shows he is still grappling with her absence. As the synths slowly undulate, Haux’s shuddering vocals reveal his despair, the energy fortifying when he sings, “So you thought youʼd let go / Violence in a quiet mind / Reckless til the end of time.” “Heavy” offers a similar moment as the track exhibits the artist reeling in emotion and chaos. In short, “Hold On” and “Heavy” are heartbreaking in their sketch of grief’s breadth. Yet the two songs are not signifiers of Haux’s stagnation or his unwillingness to move past disquiet memories. It is the opposite. By enlivening affect through language and music, Haux masterfully redesigns his emotionality and strives for restoration.

The emotional magnitude transfers to “Calico”. Haux wrote the song after he lost the cellphone archiving the last voicemail from his aunt. The song becomes the marker of their connection, a way to create “my aunt’s final resting place in my mind”. The repetition of the lyrics “I couldʼve sworn you called my name” is plaintive and wistful. His vocals blend with a melodic guitar, creating a calmness that alleviates, in part, the dysphoria. Haux is inconsolable, especially when the standardized reply to grieving is inadequate: “Donʼt believe a word they say / When they tell you ‘Everything will be ok’ / When itʼs not ok, wonʼt be ok.” Here Haux pleads for authentic empathy.

Resembling a confessional, “Eight” (featuring Rosie Carney) illustrates the agony Haux endured as a child. Written after his Aunt Patricia passed away from lung cancer, “Eight” sets the standpoint of a child trying to understand death. Carney’s background vocals are haunting and establish an aura leading into “Gone’s” unforgettable melancholy. Grief doesn’t always manifest as sadness, rather longing is also evident. As he makes clear in “Craving”, he is “Craving for your love / Well Iʼm craving / Iʼm craving for your touch.” The depiction of a continuous ache, from Haux’s childhood to the present, positions healing as a fluid process. As such, Violence in a Quiet Mind attests to the impossibility of absolute recovery.

Throughout Violence in a Quiet Mind, Haux develops empathy for his family by writing from their perspective. The lyrics obscure which aunt he is representing, thereby portraying mourning’s parallels regardless of context. In “Of the Age”, for example, Haux feels his family’s turmoil despite the attempt to “shoulder the pain as you tiptoe the tracks”. He revisits the childlike innocence from “Eight” when he articulates the uncertainty imparted by death: “Then I saw you in a bad dream / It made me wonder where you were.” In “Accident”, Haux situates apathy as a means to assuage the fear of impending death. When facing an addiction, it is often too terrifying to admit dependency. But apathy and anger are not productive. As Haux depicts, in “Killers”, forgiveness is the only deserved response. He shifts between offering forgiveness in the past and present tense, inundating the darkness with compassion.

Violence in a Quiet Mind is undeniably sad yet also affirming when considered in its entirety. For a life informed by cancer, substance abuse, and overdosing, Haux finds value in the process of healing and grieving. By articulating his misery, Violence in a Quiet Mind identifies and deconstructs the emotions actualizing his mourning. In turn, the album holds space for his audience to find affinity in sorrow, and perhaps, use Haux’s lyrics as the language necessary to describe their bereavement.