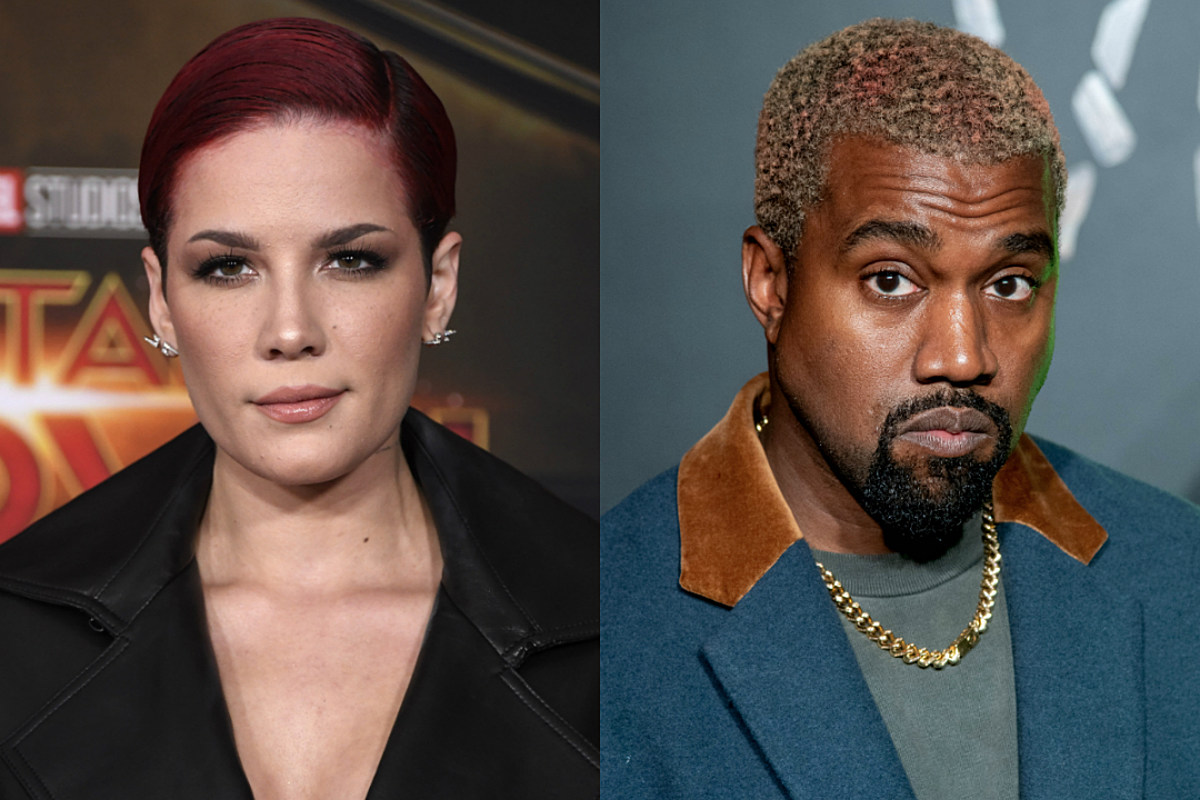 Halsey has asked fans not to joke about Kanye West's recent tweets or "vilify" people who struggle with mental health issues.

As previously reported, the rapper shared a series of concerning messages via Twitter Monday evening (July 20), in which he claimed his wife Kim Kardashian tried to have him "locked up" just like the movie Get Out. West's rant came one day after he held his first presidential rally in South Carolina.

Following his tweeting-spree, Halsey, who was diagnosed with bipolar disorder at age 17, expressed sympathy for West and spoke out about her own experiences with mental illness.

"No jokes right now. I have dedicated my career to offering education and insight about bipolar disorder and I’m so disturbed by what I’m seeing,' the singer began. "Personal opinions about someone aside, a manic episode isn't a joke. If you can’t offer understanding or sympathy, offer your silence."

In another tweet, she added, "A lot of people you know probably have bipolar disorder and you aren’t aware of it. Taking this opportunity to make offensive remarks and vilify people with mental illnesses is really not the way to go… this is the exact triggering s–t that causes people to keep quiet about it."

"If you wanna think someone is an a–hole, go ahead. Lots of people with mental illnesses are great. Lots of them are a–holes. Because they are people. With nuanced personalities," Halsey wrote. "But making jokes specifically targeted towards bipolar hurts more than the 1 person ur angry with."

The 25-year-old pop star concluded her message by writing, "Sincerely, Human Being with a Decade Long Bipolar Diagnosis."