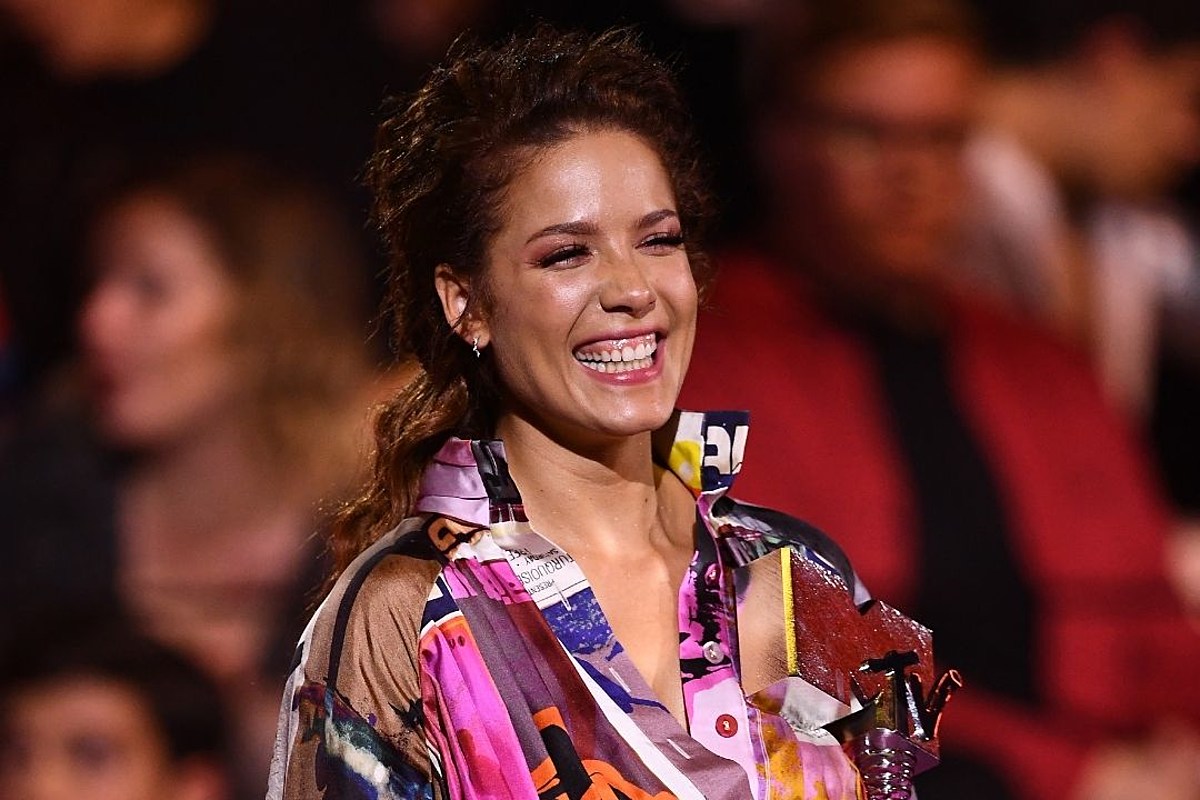 On Saturday (Aug. 7), the “Without Me” singer shared photos of their first child’s decorated room via Instagram. The room featured personal touches.

The first photo shows “Endor” spelled out in cursive with different patterns alongside a neon rainbow light. A feather, plate, and other creative art pieces are hung next to them. The second photo shows baby Endor snuggled up in an alphabet blanket while wearing a tye-dye onesie.

Another snapshot shows a recliner with a yellow mushroom footstool on top of a daisy floor rug. A pride flag is seen in a plant. Endor’s father is seen in another shot with both father and child wearing similar tye-dye clothes.

Along with photos of the nursery, Halsey also shared a photo of their belly and its stretch marks in addition to a snapshot of a frog.

See all of the photos, below.

Halsey and their boyfriend Alev Aydin welcomed their first child, Ender Ridley Aydin on July 14, 2021. Aydin is a writer, producer and actor from Turkey. The couple was first spotted together back in January 2019 at a Lakers basketball game.

This past January the singer announced their pregnancy in a social media post showcasing their growing baby bump.

Halsey has wanted to be a mother above anything else for quite some time.