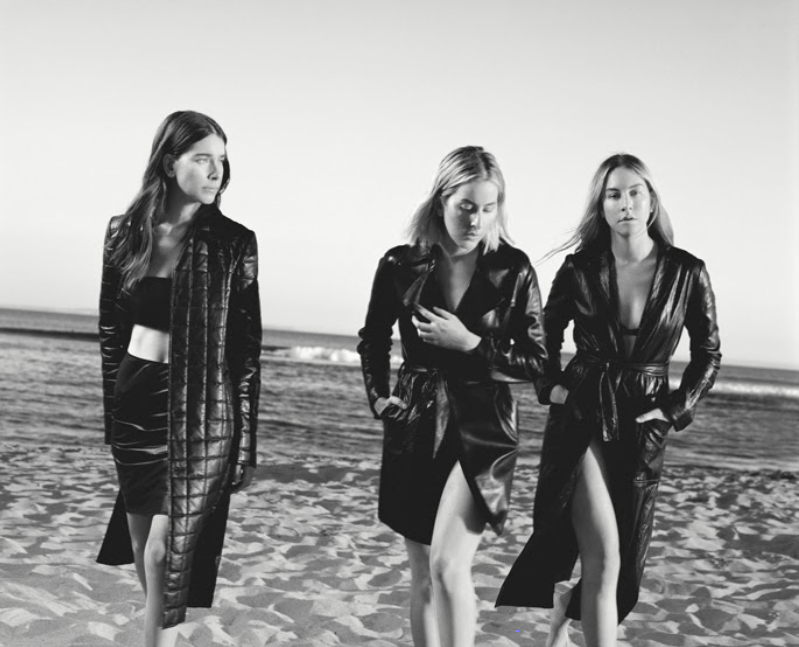 Los Angeles sister trio HAIM are releasing a new album, Women In Music Pt. III, on June 26 via Columbia. Now they have shared another song from the album, “Don’t Wanna.” The band wrote the song with Rostam Batmanglij. Danielle Haim produced the song with Rostam and Ariel Rechtshaid. Listen below.

The band collectively had this to say about the song in a press release: “This song rolled off the tongue, it’s sexy, flirty, and hopeful.”

HAIM were releasing Women In Music Pt. III on April 24, but then the band announced in March that they were postponing it to the summer, with the new release date of June 26 later confirmed.

In March HAIM stopped by The Tonight Show Starring Jimmy Fallon to perform the album’s “Summer Girl,” only a day after they performed another song, “The Steps,” on the show and took part in a short musical sketch with Fallon.

In March HAIM also played a series of shows in Delis in New York, Washington, DC, Chicago, Denver, and Los Angeles. The Women In Music Pt. III album cover was shot at Canter’s Deli in Los Angeles, which is where the band played their first show.Since the release of Something to Tell You HAIM have collaborated with Twin Shadow and Vampire Weekend, and appeared on Jenny Lewis’ telethon.