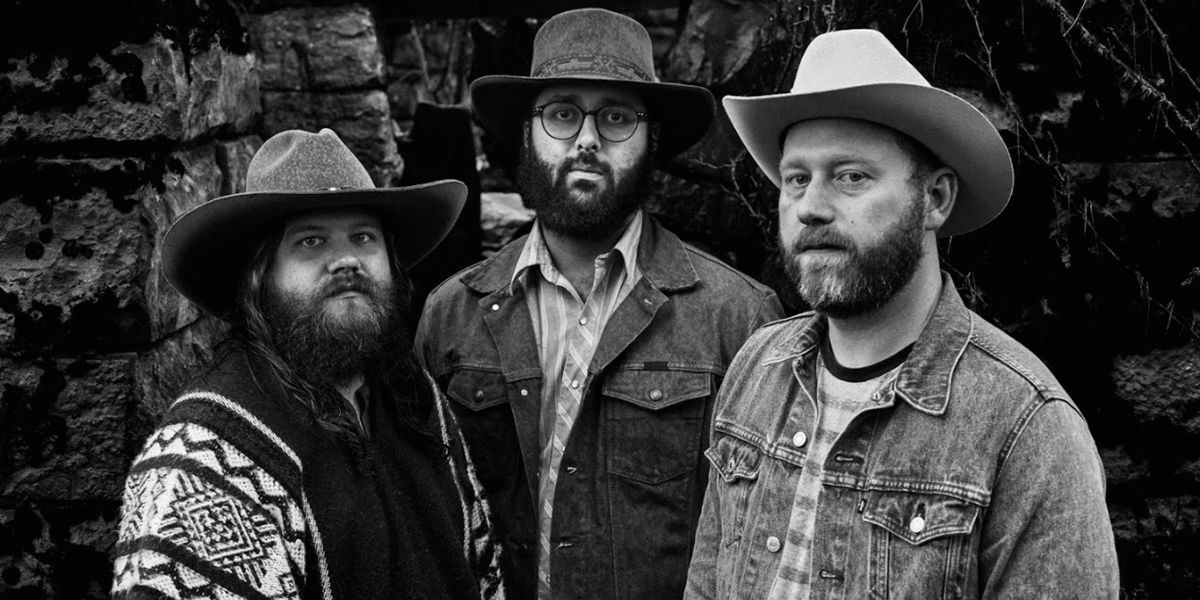 Great Peacock’s Forever Worse Better, out 9 October, stands as the Nashville trio’s definitive statement. It’s a deeply personal record that reflects the struggle between the public and private, the desire to keep striving for one’s dreams and the recognition of the sacrifices made along the way. This self-produced, self-financed effort features guests such as Adam Kurtz on pedal steel (Sarah Shook, American Aquarium), and Sadler Vaden on guitar (Jason Isbell and the 400 Unit, Drivin N Cryin).

The latest single, “High Wind”, perfectly reflects the collection’s lyrical themes and musical aesthetic. And a little more. Guitarist, vocalist, and songwriter Andrew Nelson says, “It was written about wanting more out of life, that longing for a sense of freedom and adventure that we so rarely find these days. It’s now taken shape as the perfect song for 2020, and all the frustrations and awful shit this year has thrown at us.” He adds, “It’s my favorite song on the album. It’s so rare that you write a song when you feel like you’ve nailed the lyrics and the music. I love the drums on that. Vocals and drums are the most important to me, and I love how they sound on that song. I wanted the drums to sound like the National’s ‘Mistaken for Strangers’ meets the drum sound of ‘Born in the USA’.”

His bandmate, Frank Keith IV adds, “During pre-production, this is by far the song we wrestled with the most. It could easily have been a shuffled train beat on drums with two-beat bass, but we all wanted it to be so much more than that, not just ‘another Americana song’. We must have dozens of shoddy demos of this trying this beat here, that part there. It seemed like we’d never agree on what the final version would be. I don’t think this one came together, really, until we were tracking final drums and bass at Sound Emporium. We were on a tight budget and very limited time, with a drummer (Nick Recio) who had heard the demos for the first time the day prior. I gotta hand it to him, as soon as he ran through his idea for the beat, we instantly knew [that that was the one] and the rest of the parts fell into place on their own.”

Lyrically, it’s a reckoning with mortality, the acknowledgment that the moment to really live is always the present one, that we have the ability to change our present and future, though there are inevitable consequences. Musically, it’s a reminder that Great Peacock doesn’t adhere to genre clichés and remains a band unafraid to live in the present moment while acknowledging the music of the past. More than that, it’s a powerful statement from a group on the precipice of finding their audience, of connecting with a body of music lovers who truly understand its greatness.

Nelson recently spoke with PopMatters about the road to Forever Worse Better and his hopes for Great Peacock’s future.

You self-financed this album rather than using Kickstarter or some other source. What does that involve?

Basically, it means that you don’t pay yourself for three years. Until you’re selling 400-500 tickets a night, most people still have to have a day job. We pay our bills through the day job. Like with any other small business, you’re investing in your future, deciding what’s important. When we do a weekend tour, is it really worth putting $300 each in our pockets, or is it worth putting it behind things that matter? Getting a great drum sound, having someone outside the band play on the album, getting the right person to mix. If you do it, you want to do it right.

We wouldn’t let ourselves do a Kickstarter because we had done one on our second album and, to be honest, it’s a really soul-crushing thing, to have your hand out there on the Internet, saying, “We need you to help us. We’ve already asked you to like us and follow us and let us be a part of your life, and now we want you to give us money for something you haven’t even heard.”

The business right now is driven by festivals and big shows. People will spend a few thousand dollars on a weekend going to a music festival. That’s their music consumption for three months. At least live. They’re not going to go to some bar and see some band play for 20 people.

All through college, this was in the ’90s, I could see shows easily. Tickets for big shows weren’t that prohibitive, and I could buy merch, a couple of records a week if I wanted. People of that age now buy vinyl, which is expensive, and shows might be $200 a pop. So, you go to three a year.

I remember when you could go to a bar and buy a beer for a dollar. Now it’s five dollars a beer. College kids go to a show, pay for the ticket, spend $30 to $40 at the bar, then pay for an Uber home. They decide they can’t go to a show because they might spend $100 to 150 a night.

When did the material on this album start presenting itself?

There was a clear period for this album where I was so focused on what was going on in my personal life that and feeling, frankly, depressed about the state of our band, about being in a band for seven years and now hitting the success marks you want to. That was on top of being in a weird, on/off relationship with somebody. It’s funny how those things began to mirror each other. You start wondering if your romantic life never works out because you’re in a band. It feels like nothing’s working and that you need something to work in one of those areas, and it never does.

I had this weird period last winter and spring when I was really productive. Two things made it easy to write the album logistically. I drive for a living. I work on a small farm that delivers its own meat. When I’m not on tour with the band, I’m touring for my job. I have these endless stretches of hours where I can just write: Sing into my phone and write arrangements on GarageBand. I also got into this video game called Destiny. It takes time for the different segments to load. I’d have the guitar next to me, and I wrote half the album in the time it took for the game to load.

The ability to kill time made everything come together. [Laughs.]

There’s the sense, across the songs, that we’re moving through a relationship.

Most of these songs came out of me in the same period of time. The first half is about a woman; the second half is about my weird existence. I think it’s a weird thing everyone goes through when they’re trying to make their third album: The weight of everything, from a relationship falling apart to your band as a business. That’s not why you get into a band to be in a business, but it’s a weird reality of it.

The album is about ambition and whether you get it or you don’t. It’s about being OK with yourself at the end of the day. I also had a family member who went through some serious health problems. It heightens your sense of mortality: “I’m only here for a limited time. I’ve got to make this happen.”

There are touches in the production that are reminiscent of Plastic Ono Band.

It’s so funny you say that because there were clear choices, specifically with the vocals, where I wasn’t as much into reverb as having the double-track sound. There was one track where I said, “The vocals have to sound like John Lennon’s version of Ben E. King’s ‘Stand By Me’.”

Yeah, so it has that, but it has elements of, I think you’ve even said, the National or things like that. It’s not of one era. It’s nice to hear an album that’s, for lack of a better term, in that Americana realm but doesn’t have all the production clichés in with it.

I’m Americana’d out. I think we all are. There are a few things I can’t take anymore. I love country music. Love it. But I’m so tired of the neo-classic country/country gold revival stuff. It’s not 1968 anymore. Some of my favorite bands are from the past: Rolling Stones, Allman Brothers, Tom Petty and the Heartbreakers. But we also love the National. I love Dawes; they clearly love Jackson Browne. You can take all that stuff and still exist in today’s world.