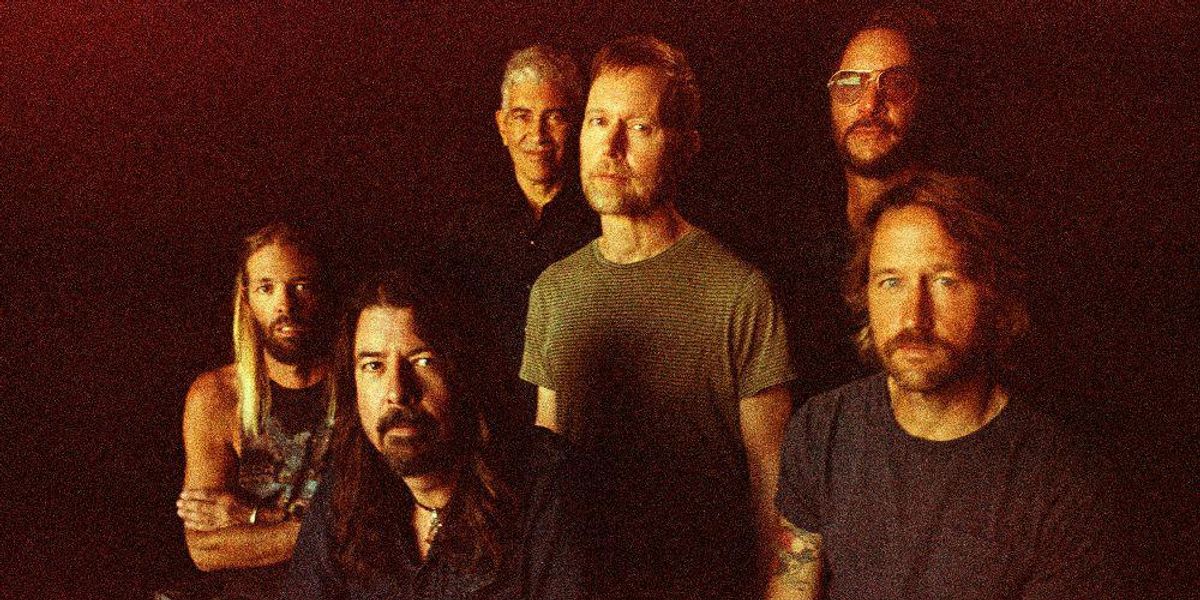 KISS released their Dynasty album on 23 May 1979. The band incorporated disco rhythms and pop melodies into the songs, resulting in a huge hit single with the disco-drenched “I Was Made for Loving You”. “Sure Know Something” was a worthy pop-leaning but less commercially successful follow-up. Recent recruits to the KISS Army ate Dynasty up, but veterans were disgusted. If anybody bothered to gather anecdotal evidence, we all might learn that hundreds of copies of Dynasty met their fates being ritualistically broken or burned out in the woods by their disillusioned suburban owners.

And now, Foo Fighters, ardent defenders of straight-ahead rock music for, lo, these past two decades, appear to have created their own Dynasty. Medicine at Midnight, the bright and shiny new album by the Foos, is a brief affair, nine songs that collectively clock in at just under 35 minutes. The record finds Dave Grohl and his cohorts flirting with danceable rhythms and pop melodies. It’s a fun album but might be polarizing just the same. Not everyone wants Foo Fighters to be fun.

Foo Fighters make their intentions clear right away with the funky drumming and “na na na” vocalizing that introduces the opener “Making a Fire”. The lyrics are all about changing things up: “I’ve waited a lifetime to live / It’s time to ignite / I’m making a fire”. But that music isn’t as driving as the inspirational lyrics might suggest. Still, “Making a Fire” has a cool groove and effectively indicates the album’s direction.

Medicine at Midnight‘s second track, “Shame Shame”, is even more groove-driven but perhaps plods along a bit longer than it needs to. Things liven up considerably with “Cloudspotter”, a disco-rock hybrid that would slot seamlessly among the songs on Dynasty.

Following the Dynasty analogy, the title track to Medicine at Midnight is this album’s “Sure Know Something”, a solidly danceable pop-rock tune that might also conjure thoughts of classic groove-laden songs – and at least one horrific video—by early 1980s rock titan Billy Squier. “No Son of Mine” is the closest the band comes to the Foo’s pummeling rock, which feels about right since I believe there is a law about songs called “No Son of Mine” being intense.

Foo Fighters do take a few reflective detours on Medicine at Midnight. “Waiting on a War” is a thoughtful acoustic tune that gradually builds into a rocker, while “Chasing Birds” is one of the prettiest songs in the band’s discography. Medicine at Midnight closes with “Love Dies Young”, a song the band marries a “Barracuda”-styled intro guitar riff to an opening vocal melody that strongly echoes a classic Motown song (hint: it’s a Temptations tune). “Love Dies Young” is a catchy tune and, despite the morbid title, ends Medicine at Midnight on an up note, at least musically.

And so, not to belabor this review, because nothing about the album ought to be belabored: if you are cool with the lighter, quirkier, goofier version of Foo Fighters, you’ll enjoy Medicine at Midnight for what it is – a fun, pop-rock album — and it’ll find its way to about the middle of your list of favorite Foo Fighters albums. However, suppose you love the Foo Fighters for their undying allegiance to intense rock music (with the occasional moody ballad acceptable). In that case, you may find yourself heading to your local wooded area to disgorge Medicine at Midnight from your listening device ritualistically. Maybe you’ll find some ancient and mangled copies of Dynasty out there.