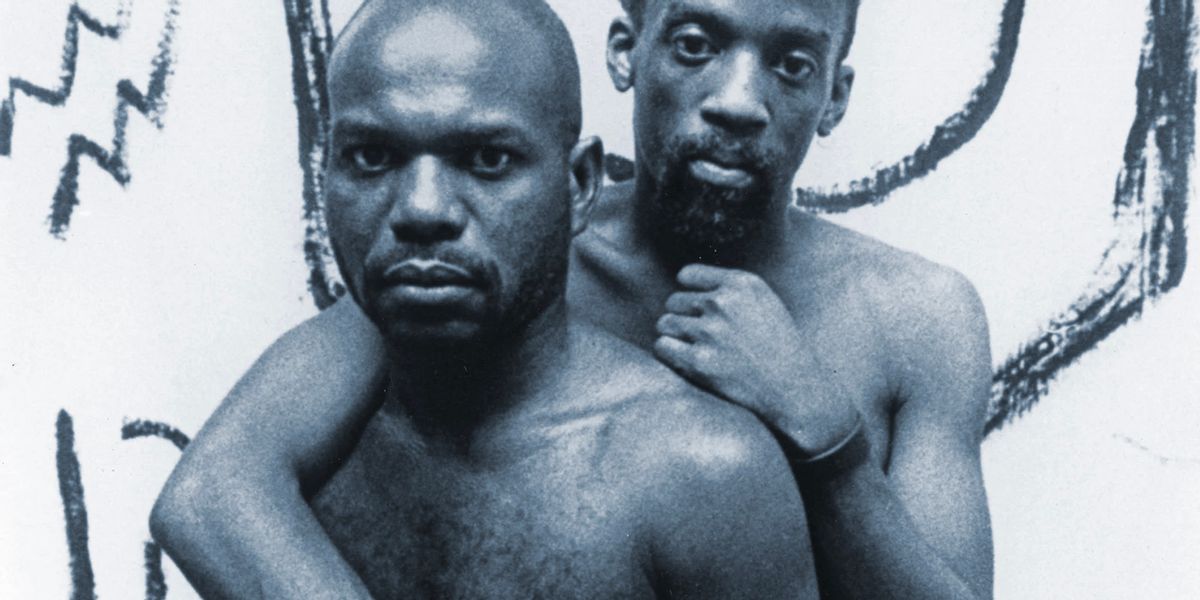 “Enduring” is an ideal word to describe the legacy of filmmaker and activist Marlon Riggs, whose award-winning documentaries explore the ever-pertinent issues of race, media representation, and sexual politics. Adopting both a conventional style of documentary-making and a more innovative one in which he applies the principles of auto-theory to integrate personal experiences with theoretical analyses, Riggs produced a body of work that is highly stylistic, profoundly moving, and politically astute, challenging the norms of his time — especially as they relate to ideas of Black masculinity — and shattering taboos about sexuality and AIDS.

The year 2020 saw many battles in an interminable war for the dignity and equal treatment of America’s Black community, from protests over the killings of Breonna Taylor and George Floyd at the hands of the police to the long overdue review of popular food conglomerate brands that still employ imagery steeped in racist history. It is the history of racist depictions of Black Americans that Riggs delves into in his 1986 Emmy Award-winning documentary, Ethnic Notions, which dissects the many malignant caricatures — among which are the happy-to-serve “Mammy”, the animal-like “Pickaninny”, the dandy and doltish “Zip Coon”, and the simple and servile “Sambo” — that were used in popular entertainment and advertising to profit from and perpetuate a social hierarchy built off the exploitation of Black individuals, even long after slavery in America was abolished.

At the core of these stereotypes is, of course, an intent to dehumanize Black people by portraying them as inherently inferior, grotesque, savage, incapable of the autonomy afforded to white people, sexually aggressive or sexless, and altogether as an irreconcilable “other”. Juxtaposing caricatures with images from real-world lynchings, Riggs leaves no doubt as to the effect of continuous exposure to these degrading campaigns has on African Americans.

Many of these stereotypes stubbornly persist to this day. A particularly appalling example is highlighted by psychology professor and editor of the journal, Sexualization, Media, and Society, Carolyn M. West. Here she explores toxic objectification in popular pornography, depicting the Black woman as hypersexualized and promiscuous and the Black man as sexually predator. “The dominant conception of being a Black male today is still one in which the body’s highly sexualized, in which one identifies with a certain kind of sexual prowess, in which one does, in fact, feel as if one is an object of fear, at times disgust,” says Cornel West in Riggs’ 1994 documentary Black Is…Black Ain’t. Riggs invites the viewer to consider the cumulative effect of these representations: How have they shaped culture? How do they continue to shape the way larger society relates to Black individuals and the way the latter relate to themselves?

Riggs examines these questions by shifting his focus from antebellum minstrel shows and early Hollywood-era entertainment to the Golden Age of Television and beyond in his 1991 documentary Color Adjustment. In many instances drawing upon slavery-era caricatures that portray Black people as happy in and naturally suited to their subservient role — for this purpose, Riggs offers the example of happy housekeeper Beulah from the eponymous early 1950s show — TV solicited the past while incorporating a new Black archetype that nonetheless exerted the same psychological control on audiences and furthered the same system of oppression. Again, juxtaposition is used to powerful effect as Riggs contrasts clips from “Beulah” and its vibrant, doting, content maternal figure with images of real housekeepers, sullen and sapped of energy they have expended in care of their employers’ children, energy they might have otherwise given to their own.

Quotes from James Baldwin — apt considering the author’s concern with arriving at the root of why white America needed such caricatures in the first place — frame segments of the documentary’s chapters, such as the following from the essay “Notes for a Hypothetical Novel”: “The country’s image of the Negro, which hasn’t very much to do with the Negro, has never failed to reflect with a kind of frightening accuracy the state of mind of the country.”

The dictates of the day called for TV to be a sanctuary for white viewers and, as such, the new Black character had to remain frozen in time even as the Civil Rights Movement, images from which Riggs alternates with the synthetic prime-time idyll and its pristine nuclear families, roared off-screen. On screen, this new character was fully assimilated, placating, unassuming, sanitized, non-threatening: a perfect antidote to the unrest brewing outside. “Aunt Jemima and Uncle Tom are dead, their places taken by a group of amazingly well-adjusted young men and women…ferociously literate, well-dressed and scrubbed,” writes Baldwin in his essay, “Many Thousands Gone” (from 1955’s Notes of a Native Son). This quote also features in Color Adjustment.

Caught between prescribed media roles that poorly reflected the complex reality suffered by America’s Black community, Black actors, expected to ‘represent the race’, endured alienation and hostility from all sides — for being insufficiently Black and for being unrealistically Black — fomenting an acute crisis of identity. The Black individual sees him or herself being seen, a phenomenon of uncomfortable, hyper-self-awareness that Frantz Fanon famously expounded upon in Black Skin, White Masks (1952), which documents the psychological violence of racism and the alienation suffered by its victims. “All roles are dangerous,” wrote Baldwin in his 1961 essay for Esquire Magazine, “The New Lost Generation”. “The world tends to trap you in the role you play, and it is always extremely hard to maintain a watchful mocking distance between oneself as one appears to be and oneself as one is.”

In Black Is…Black Ain’t, Riggs probes into the implications of these and similar roles on the Black psyche and the meaning of Blackness, with the added elements of sexuality and sex roles, underscoring the importance of an intersectional understanding that allows room for composite identities and mutual comprehension in a diverse community. Riggs demonstrates how, in an attempt to reclaim Black masculinity from the castrating effects of historical white violence, Black men adopted a narrow, patriarchal, exclusionary definition of manhood to the detriment of Black women and Black gay men. “With so many words about the Black man,” says Riggs, “one has to wonder: Where were all our women? And what of their redemption?”

Weaving commentary from author, activist, and feminist bell hooks with clips that show Eddie Murphy cracking grossly sexist jokes in his standup comedy routines and Louis Farrakhan engaging in what amounts, essentially, to apologism for sexual assault, Riggs lays bare the self-destructive contradictions at the heart of this notion of manhood, which posits itself as liberational, insofar as it rebels against the caricature of Black men as “playful eunuchs, laughing, singing Sambos.” Riggs asks: “Is there any wonder then when Black men finally achieved public vote, the top priority was restoring what society had repeatedly stolen from us?”

Women and gay men thus bore the brunt of this dual onslaught: of racism from larger white society and homophobia from within the Black community, heavily steeped in a strong church-centered tradition and on a mission to recover the stolen dignity of history, heritage, and manhood, in part through Afrocentrism. “Homosexuality is a deviation from Afrocentric thought,” argues Molefi Asante. In his 1989 film Tongues Untied, a poetic and provocative deviation from his more expository documentaries, Riggs contemplates the absurdity of being forced to choose one facet of his identity while eschewing the other. Is he black or gay? “How can you choose one eye over the other?” he asks.

Indeed, Riggs abolishes that false dichotomy in the experimental Tongues Untied, embracing both aspects of his identity and undoing the oppressive silence endured by Black men, gay and straight, in the face of homophobia and racism, respectively. “Anger unvented becomes pain, unspoken becomes rage, released becomes violence,” a chorus recites in the film. Tongues Untied averts this violence by allowing repressed anger to bubble to the surface through speech, through a celebration of the Black gay subculture, and through the gentle and respectful portrayal of male intimacy: a direct counter to the degrading stereotypes mentioned earlier.

One of the most remarkable features of Tongues Untied is the way it establishes common ground between straight and gay Black men as it seeks to bridge the gap imposed by those who saw homosexuality as a European import and, therefore, incompatible with Black manhood. Riggs achieves this by using his life story, drawing upon experiences in which he was the target of abuse for being gay, for being Black, and for failing to live up to both white and Black expectations of what it meant to be Black. He builds upon the theme of ‘untying’ tongues and promoting healthy dialogue, free from the constraints of shame, in his 1993 documentary No Regret, featuring testimonials from Black gay men who speak openly about HIV.

“The Inescapable Wages of Silence: AIDS: The refusal to acknowledge and talk frankly about black behavior — homosexual, bisexual and straight — is suicide,” is the title of a 1992 Los Angeles Times article by Riggs, in which he inveighs against “Black America’s response to the AIDS epidemic.” He wrote: “Denial and silence, nevertheless, persist as the preferred defense mechanisms for black individuals and communities struggling to cope. The disclosure of HIV infection by Magic Johnson and more recently by Arthur Ashe thus constitute a significant breach of black America’s increasingly dysfunctional defense against the epidemic.”

It was during the making of Black Is…Black Ain’t that Riggs succumbed to AIDS, and through which he fought against the “entrenched, communal silence” that he described as “equally lethal” as the virus.

It is no small feat to confront phenomena as deeply embedded into the social fabric as racism, homophobia, misogyny, and the stigma against persons with AIDS, the latter often compounded by or stemming directly from the negative perceptions associated with victims of the former. Riggs’ rich, varied, and lyrical oeuvre shows precisely this interrelatedness in forms of oppression, and he does so, in great part, by offering himself up as a testament not only to the effects of such psychological violence, but also to the power of exposing it. In turning the camera on himself, even in his most vulnerable moments as a sick and dying man, he demonstrated the futility of divorcing the personal from the political.

“What is a faggot?” asks a young Chiron, who has just been the target of this insult, to his father figure Juan, in Barry Jenkins’ 2016 Academy Award-winning drama Moonlight a film widely praised for its tasteful treatment of sexuality and masculinity and its brilliant cinematography. Juan replies: “A faggot is…a word used to make gay people feel bad…You’re not a faggot. You can be gay, but you don’t have to let nobody call you a faggot.”

Black activists and artists like Jenkins, are still working to dismantle harmful notions of hyper-masculinity and all its ramifications, carrying the torch handed down by predecessors like Riggs, who recognized that one of the greatest weapons in the fight against oppressive forces that would seek to fragment and weaken a people is that people’s unity — in all the complexity and diversity of its individual components — and self-love. In Black Is…Black Ain’t, Riggs leads by example, saying: “AIDS forces you, because of the likelihood that you could die at this moment…to look around you and say, ‘Hey, I’m wasting my time if I’m not devoting every moment to thinking about how can I communicate to Black people, so that we start to look at each other, we start to see each other.'”