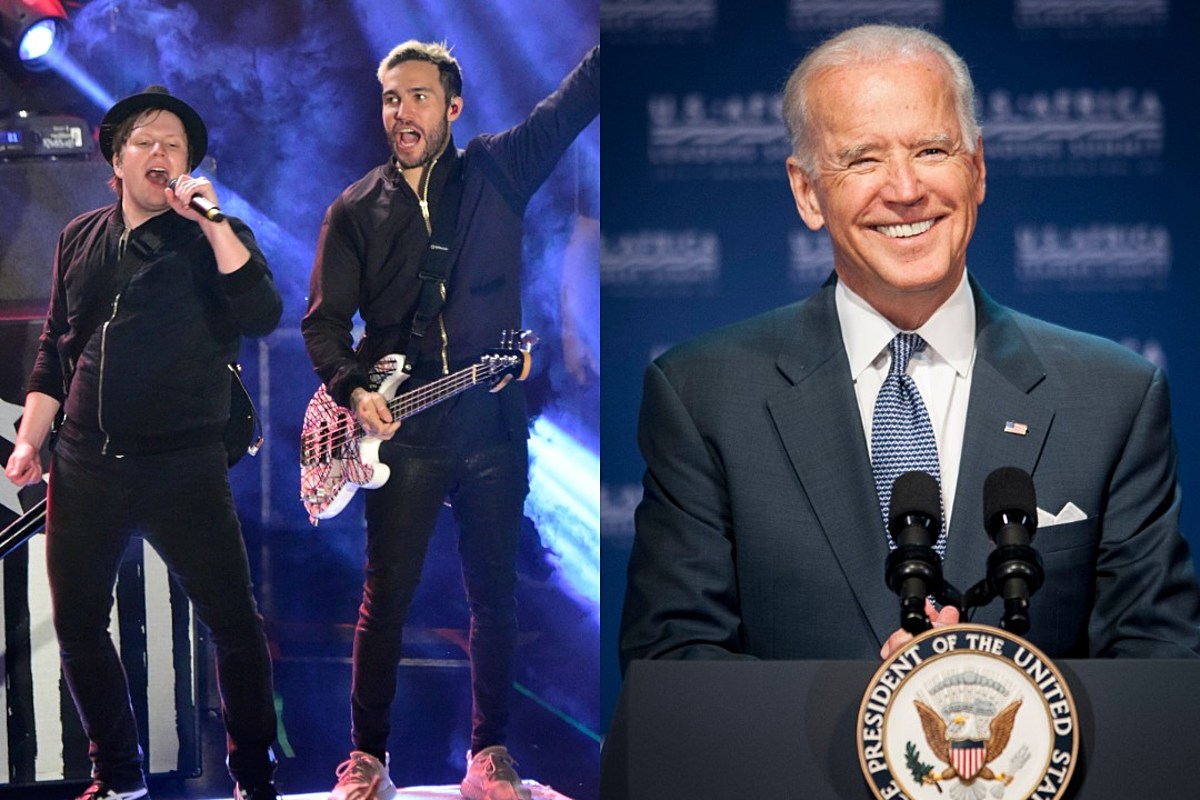 Did you know that Fall Out Boy has a connection with President-elect Joe Biden?

On Wednesday (January 13), Fall Out Boy was revealed to be one of the performers at the Biden "We The People" pre-inauguration concert. Bassist Pete Wentz revealed that he wouldn't exist without Biden.

On November 7, 2020, the day that Biden was announced as the winner, Wentz shared a photo of Biden holding him as a child. "My parents met working for Joe Biden in the Senate in the 70s," he explained. "To me he is a beacon of empathy, compassion and kindness. The times we live in call for a leader with these specific traits. Proud to call Joe Biden my president."

“I would not be standing here actually in reality at all because my parents met working for Biden," Wentz told AP, according to Vulture. "They met on [a] campaign, so they have this particular affection for Joe. He came to their wedding. If it weren’t for Joe Biden, I would not exist as a human being.”

In 2008, the Chicago native held an Obama fundraiser. Wentz revealed that though he studied political science in college, he was never politically active until the 2008 presidential election.

According to Insider, Wentz previously shared a post from his father on his Tumblr account. "I have spent the weekend and now working on the Obama campaign," Pete Wentz Sr. wrote. "'Mom and I met in Washington when we were both legislative assistants to Senator Biden when he was in his first term. I had worked in his campaign and your mother had been in the Foreign Service. We started out as friends and the rest is history.'"