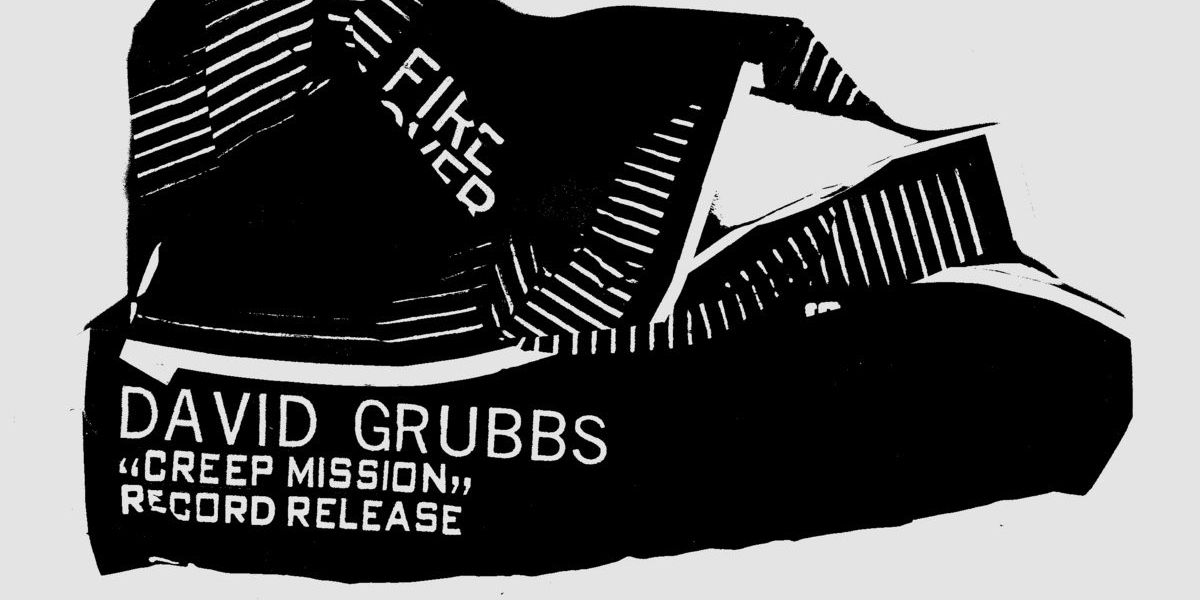 6 April 2020, “The Quarantine Concerts”: This is the first time I remember hearing David Grubbs like this, and I was unmoored by the presentation and the humble kind of luminosity to it all. Grubbs doesn’t break his poker face or fully tip his hand and foreshadow the content of the proceedings that night. But the video does start with the experimental rock guru introducing the 20-odd minute set of material, with hints of a reading to follow and indications of setting — “Apartment 12C, Clinton Hill, Brooklyn”. What unfurls from there is a languid recitation of songs, a sequence of glassy simulacra that begin to blend, regardless of time signature or intonation, one into the next. In that moment, it felt like Grubbs had developed a performance that underlined the commonalities among his best work. But it wasn’t always this way.

When I first caught Grubbs performing live in the late 1990s – shortly after Gastr del Sol, his ensemble with Jim O’Rourke and John McEntire, dissolved – he was, by comparison with the “quarantine concert”, downright chatty. He thanked the venue (Maxwell’s in Hoboken, New Jersey) and talked at some length between songs about touring with his (even then) thematically distant hardcore punk outfit Squirrel Bait. Even at a bookstore record release for the Wingdale Community Singers several years later, dialogue, even light-hearted joking, among the trio’s players buttressed content that the audience saw unfold. The “quarantine concert”, though, was wholly other – silent, the music and only the music, to the point of tranquility or even a low-boil state of meditation. It was the ideal presentation for his work.

And so it goes, now, with the mnemonically titled October 19, 2017, a live LP released online 3 November that showcases a 32-minute Grubbs solo set to mark the release of that year’s Creep Mission LP. Grubbs offers familiar but also fluidly evolving takes on two tracks from that record – yes, he plays “Slylight” – as well as some great stuff from Prismrose and The Plain Where the Palace Stood. It is, yes, a veritable feast for Grubbsians – and an appropriate follow-up to Comet Meta, Grubbs’ recent and highly satisfying collaboration with guitarist Taku Unami. What’s surprising, though, is how the live songs are far from showy (a downfall of the live format) and uniquely their own. They also happen to be part of a longer-winded faux-narrative.

Grubbs opens the recording with a lap-steel guitar take on “The C In Certain”. While his lap-steel playing isn’t horribly a-traditional, it’s amazing how listeners can get lost in the hum and the buzz and the hammers-on of the strings and hear everything from Persian tar to the Gandhi-popularized Hindu devotional “Raghupati Raghav Raja Ram” with its invocations of higher “universal” powers. But Grubbs does not rest on the laurels of his set opener and, about halfway through the LP, he offers a great little triad of electric guitar instrumentals in just five minutes or so: “The Bonapartes of Baltimore”, “A View of the Mesa”, and “Abracadabrant”.

“I once wrote that the problem with records is that they don’t change. This fixity also happens to be what I love most about them,” Grubbs wrote in an email announcing the online LP. “I’m happy to see the release of this live recording … because the pieces themselves have continued to change, particularly when presented in a solo setting. I’ve chosen to release the complete set as a single track, hoping that it gives the sense of continuity I aspire to when playing solo.”

As in the finer moments during the past 35-odd years of performance, Grubbs is precisely right about what makes this single track of content so transfixing. It’s as living as a tidal current in sync with the moon and travels just as far to tell its stories. The fact that Grubbs has developed such a method for tracing the hidden strings and angles, the unspoken narratives, among his works is, yes, in and of itself, interesting. The fact that he’s smart enough to let you in on the secret makes moments like those captured on “October 19, 2017” nothing short of magical.