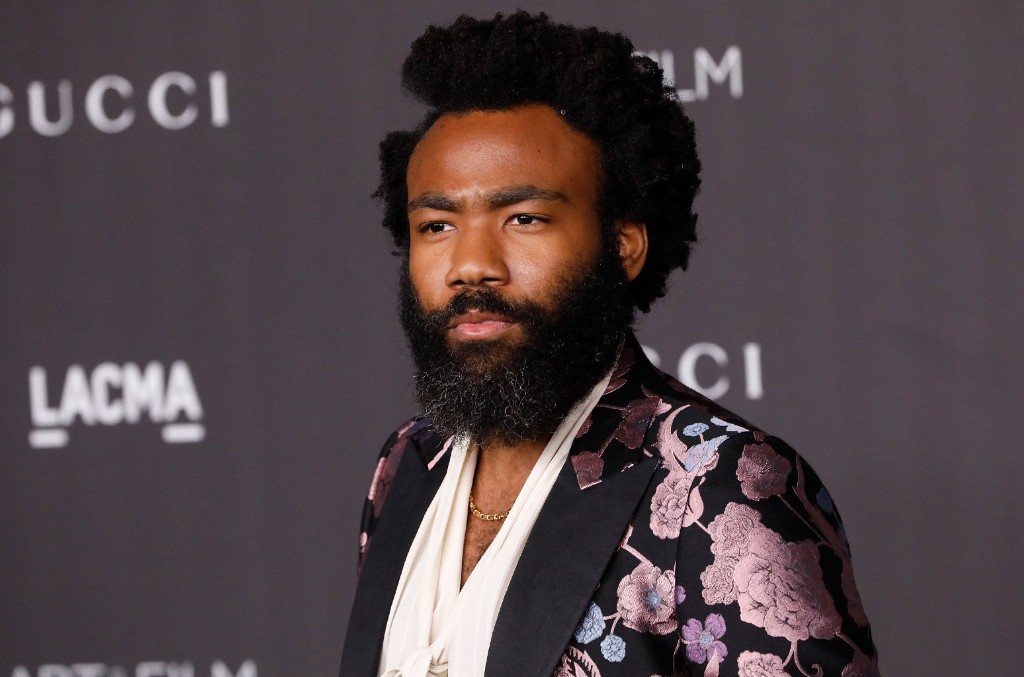 As the Coronavirus brought the world to a standstill, Donald Glover came out of nowhere to release a collection of songs early on Sunday morning (March 15). Donald Glover Presents streamed on a loop on a website made for the 12-track LP to live on for about 12 hours, but was removed entirely by Sunday evening, and has yet to hit major streaming services.

DGP serves as Glover’s first musical project since “Awaken, My Love!,” which he dropped way back in Dec. 2016 under his Childish Gambino moniker. The new album also boasts features from Ariana Grande, 21 Savage, and SZA.

The multi-hyphenate Glover has kept busy in and out of music while catering to other creative endeavors in recent years. Whether it was rolling out season two of his acclaimed Atlanta, notching a role in Star Wars, or topping the Billboard Hot 100 with “This Is America,” Glover has developed into one of Hollywood’s most respected entertainers at the age of 36.

If you haven’t been following, or want to refresh your memory, here’s a timeline of everything Donald Glover has been up to since the release of “Awaken, My Love!” in Dec 2016.

Glover’s cinematic vision finally came to life with the half-hour comedy Atlanta. The FX series’ stunning debut season went on to take home best comedy series at the 2017 Golden Globes, and it was Glover’s acceptance speech that stole the show, as he thanked Migos for creating their No. 1 smash hit “Bad & Boujee.”

The Community star made a special appearance as Aaron Davis in 2017’s Spider-Man: Homecoming. While Glover’s cameo may have caught some fans off-guard, there’s actually a behind-the-scenes connection that helped Donald land a role. When Glover didn’t land the lead role as Spider-Man years earlier that eventually went to Andrew Garfield, director Jon Watts made it a point to cast him in the next series of Spidey movies (his wife, Dianne McGunigle, also happens to be Glover’s manager).

After releasing three albums on Glassnote Records, Gambino left the indie and re-upped on a lucrative deal with RCA Records. The agreement is more of a multi-faceted partnership between Glover, his Wolf + Rothstein creative agency, and RCA; W+R’s team is headed by Wolf Taylor and Fam Rothstein.

While “Redbone” won Gambino his first Grammy for best traditional R&B performance, Childish Gambino hit the Madison Square Garden stage to perform a soulful rendition of “Terrified,” with help from a smooth live band and child actor J.D. McCrary, who would later star alongside Glover in the Lion King remake. “Awaken, My Love!” is nominated for album of the year, but loses out to Bruno Mars’ 24K Magic.

Following the highly successful debut season two years prior, fans gladly welcomed season two of the ATL drama into their lives. The 11-episode season wrapped up in May 2018 and included the now-classic television episode featuring Glover in the role of Teddy Perkins. Season three is expected to return to FX in 2021.

Glover released the sobering “This Is America” while on double-duty as performer and host for the night on SNL. The provocative track quickly became a trending topic on social media, while its Hiro Murai-directed accompanying music video, which turned the song’s themes of discrimination and gun violence into more than just subtext, caught the attention of the country. “This Is America” would debut atop the Hot 100 on May 14, giving Glover his first career chart-topper as Childish Gambino.

In the middle of filming season two for Atlanta, Glover somehow cleared out enough time to shoot his scenes as Han Solo’s longtime friend, Lando Calrissian, in this prequel. Solo: A Star Wars Story hit theaters in May to middling reviews, but Glover’s acting ability impressed critics.

Glover helped fans soak up the sunshine with the release of his Summer Pack. The balmy “Feels Like Summer” officially sets the season in motion and powers the two-pack. The laid-back anthem would end up making an appearance on Donald Glover Presents.

September 2018 – Embarks on This Is America Tour

Childish Gambino kicks off his final tour under the CG moniker. A few weeks into the trek (Sept. 23), Gambino suffered a foot injury that forced him to reschedule a slew of the remaining dates on the North American leg of his tour. Glover later shared that he was grieving the loss of his father.

January 2019 – “This Is America” makes history at the Grammy Awards

Glover’s run of success continues at the Grammy Awards, as he takes home song of the year and record of the year honors thanks to “This Is America,” which became the first hip-hop track in Grammy history to win either award. The historic night added four trophies to Glover’s mantle in total — although he declined to show up to collect them.

Gambino performs at the Polo Fields of Indio, Calif. in his first stint as a Coachella headliner. During his set, Childish pays homage to the late Nipsey Hussle and Mac Miller; he also performs a cover of Gnarls Barkley’s 2006 hit “Crazy.” The Hiro Murai-directed Guava Island (see below) appears on the Coachella livestream for free before going to Amazon.

Prior to heading out on the This Is America Tour, Glover was spotted in August shooting a mystery project with Rihanna in Cuba. By Glover’s headlining Coachella performance, we find out that Amazon Studios will distribute what we now know as Guava Island. RiRi actually plays Don’s girlfriend in the film.

Glover partners with Adidas to re-imagine a trio of their classic designs in the Lacomb, Continental, and Nizz for all under $100. It isn’t your standard product rollout either, as Donald puts his acting chops on the table and teams with comedic legend Mo’Nique for a short film that is made up of four vignettes.

Two-and-a-half years in the making, Donald Glover is finally heard as Simba in the lucrative live-action Lion King remake in 2019. Glover stars alongside the stacked voice cast of Beyonce, Seth Rogen, John Oliver, and James Earl Jones. He even performed a pair of classics in “Can You Feel The Love Tonight” and “Hakuna Matata” as part of the motion picture’s soundtrack. The Disney project eclipsed the billion-dollar mark at the box office and went on to become one of the highest-earning films in movie history.

For a brief moment, Donald Glover joined the Yang Gang. DG pledged his allegiance to Andrew Yang with a ringing endorsement and a pop-up event where they teamed up on a merchandise collection to benefit his campaign. Unfortunately, Yang would drop out of the Democratic presidential race in February.