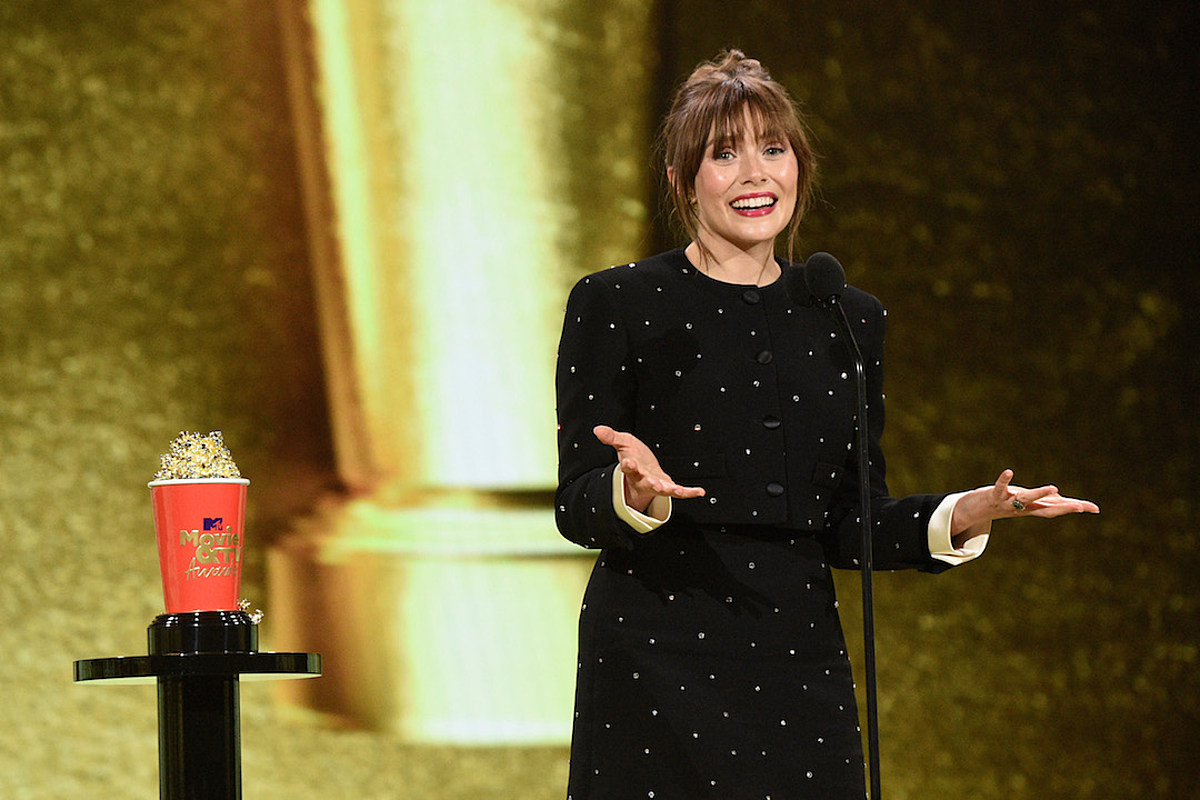 On Sunday (May 16), Olsen won Best Performance in a Show for her work on the acclaimed Disney+ series WandaVision at the MTV Movie and TV Awards.

During her acceptance speech, Olsen gave a special shout out to Marvel fans for their support of her role as Wanda Maximoff (a.k.a. Scarlet Witch) in the MCU, who she’s played for the past seven years.

“Marvel fans, you guys just are the greatest fans anyone can have. I’ve loved playing this part for seven years,” the 32-year-old actress graciously shared.

“Nothing could’ve been better than to have WandaVision,” she added. “We had so much fun making it. I hope we moved you, I hope we entertained you.”

Insecure’s Yvonne Orji and The Eric Andre Show’s Eric Andre presented the award to Olsen, which happens to be her first Golden Popcorn trophy.

“She deserves this so much. An award where FANS choose the winner. She looks genuinely happy. I couldn’t love her more,” one fan wrote on Twitter.

“No but I’m so proud of Elizabeth Olsen, can’t put to words how happy I am for her,” another added.