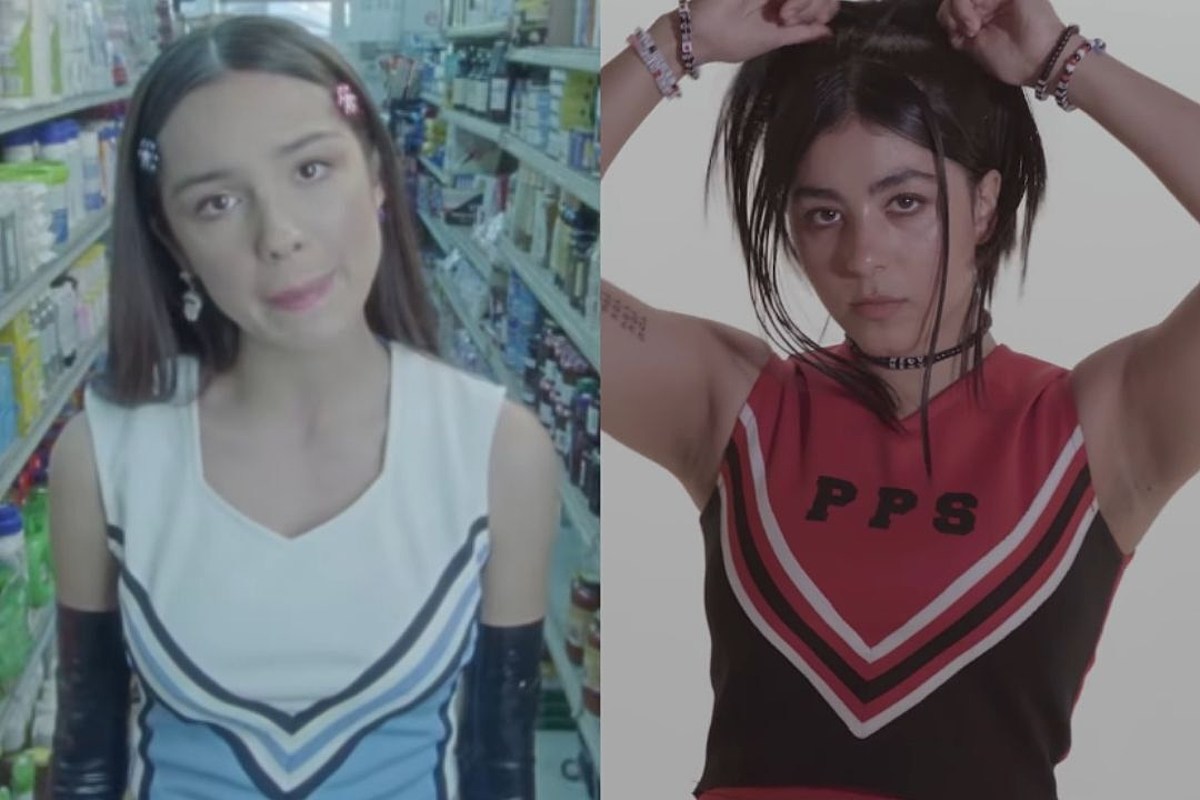 Olivia Rodrigo’s team has been accused of taking inspiration — perhaps a little too much inspiration, if you catch our drift — from an independent rock band’s visuals.

Honey, who is also a musician, originally posted a video of the theory on TikTok, but it was apparently taken down.

“Had a TikTok going viral that had photos that show how Olivia Rodrigo’s team have been very ~inspired~ by Pom Pom Squads music/album art/Insta posts/style/vibe etc and have copied PPS frequently thru Olivia’s campaign,” Honey initially tweeted.

The rest of the Twitter thread contains numerous instances of similar visuals between Rodrigo and Pom Pom Squad, including the demolition of a birthday cake and a profile photo of letter hair clips spelling out a song or album title. There are also similarities between the aesthetics of various photo shoots and other imagery, including some particularly comparable promotional photos of the respective artists dressed as tragic beauty queens and disillusioned cheerleaders.

See the comparisons, below.

In another tweet, Honey pointed out how Pom Pom Squad’s song “LUX,” which was released in March, contains production and vocals elements that are very similar to Rodrigo’s song “brutal.”

Listen to both tracks, below:

Seemingly confirming Honey’s theory, a manager at City Slang, the record label that Pom Pom Squad is signed to, noted via Twitter that one of Rodrigo’s A&R members has “purportedly followed Mia [the lead singer] since early 2020 on Instagram.” They added, “Also, don’t worry, City Slang is working to build Pom Pom in a thoughtful and strategic way … she will have a lifelong career if any of us have anything to do with it (well, we do).”

It’s unclear if all this is just a coincidence, or if someone on Rodrigo’s team got a little too carried away with their mood board for the Sour album promotional cycle.

Pom Pom Squad are set to release their debut album, Death of a Cheerleader, on June 25. Rodrigo’s debut album, Sour, was released May 21.