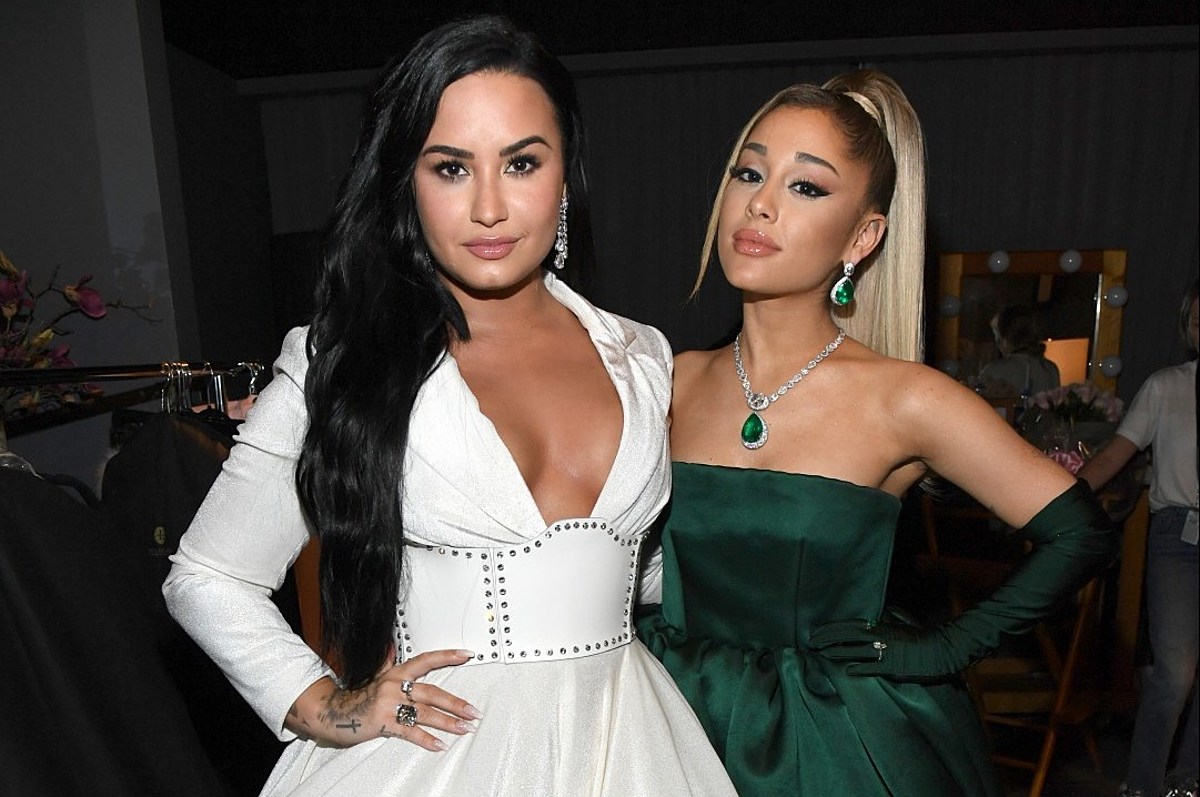 The collab you’ve been waiting for has almost arrived. Demi Lovato and Ariana Grande’s duet “Met Him Last Night” will premiere on Friday (April 2) at Midnight EST.

Along with the sure-to-be epic collab, Lovato will release her seventh studio album, Dancing With The Devil… The Art of Starting Over. Grande is just one of the features on her album. Lovato also collaborated with Noah Cyrus, Saweetie on “My Girlfriends are My Boyfriend” and Sam Fischer on “What Other People Say.”

Prior to the album’s official drop, Lovato will host a virtual premiere party on YouTube to interact with fans and debut the next episode of her documentary,Demi Lovato: Dancing with the Devil. The new video will also feature the debut performance of her new song “ICU” and the world premiere of her music video for her album’s title track.

Learn the lyrics to Demi Lovato and Ariana Grande’s “Met Him Last Night” as they become available, below.