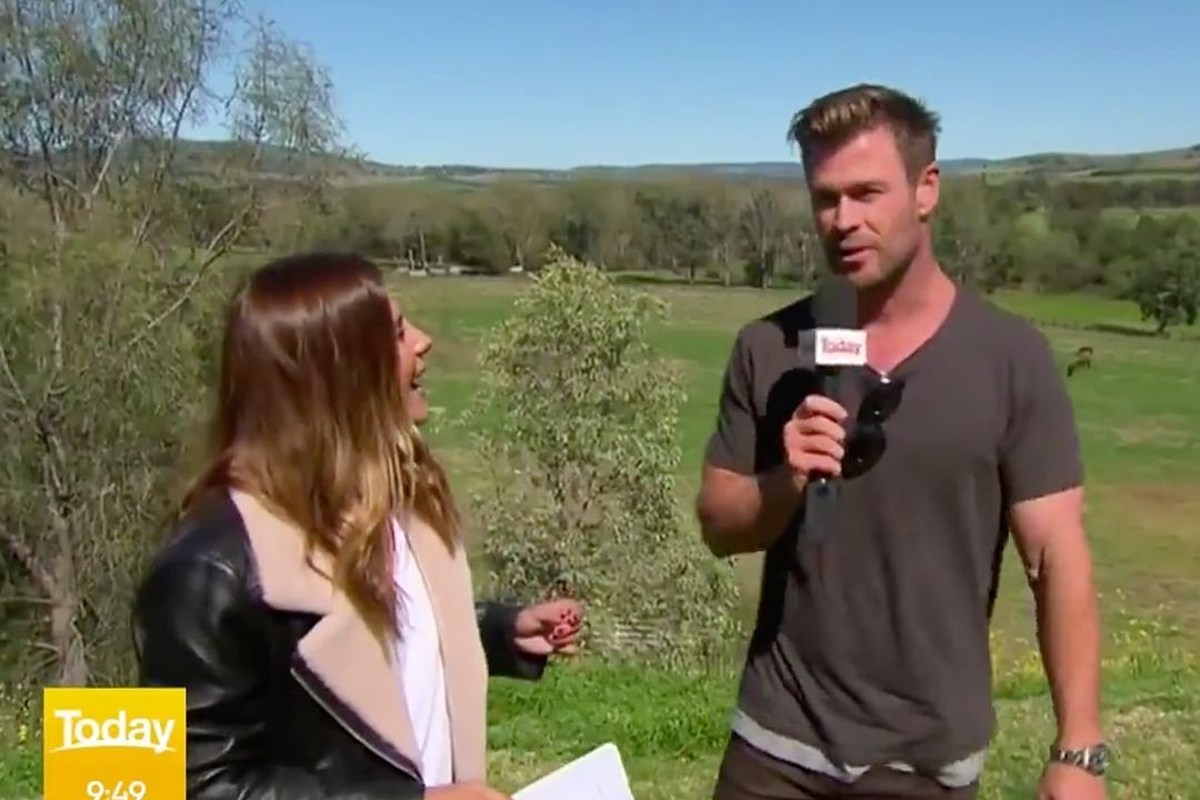 The God of Thunder, a.k.a. Chris Hemsworth, is now a weather reporter.

The Avengers star, who plays Thor in the MCU, was at a field in Australia on Saturday (September 12) when he decided to crash a live news broadcast. Reporter Lauren Phillips was live on the air with two Weekend Today anchors in the studio when Hemsworth appeared.

"I heard you are looking for some horses," Hemsworth said while taking the microphone from Phillips. "There is a bunch down here."

"I often get teased about not having the best presenting skills or pronunciation, want to help me out?" Phillips asked him.

"Let’s mispronounce all of these," he teased. Hemsworth then flawlessly delivered the weekend weather report.

Hemsworth also spoke to the reporters in the studio. "You did an interview with my brother Luke… apparently, you didn't want to interview me," he joked. "You can't avoid me mate, I'm everywhere."

Phillips revealed that nobody in the studio knew that Hemsworth was there and they thought Phillips was doing an interview with a horse.

"I am a bit like a rogue horse," Hemsworth added, before galloping. "I’m going to escape here at some point and you will have to lasso me."

Watch his weather report, below.