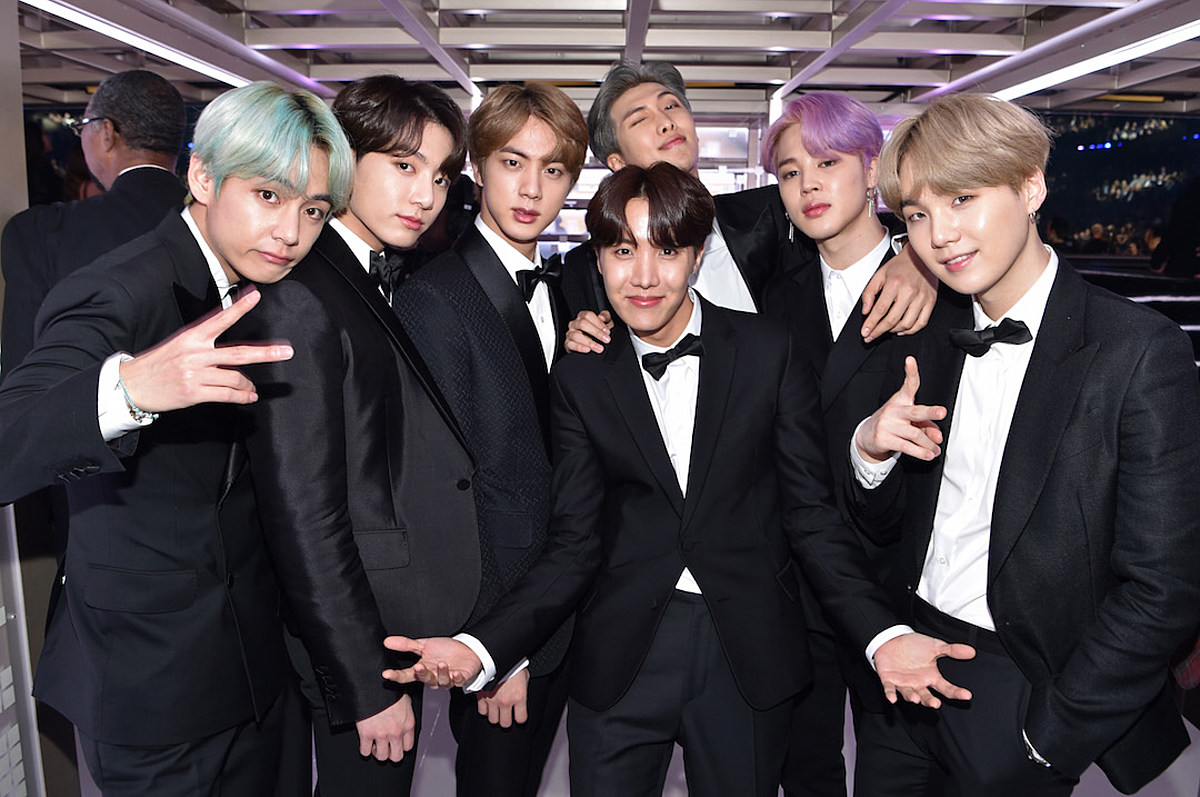 BTS earned a nomination in the Best Pop/Duo Group Performance category for their English-language single "Dynamite" at the 63rd GRAMMYs, the Recording Academy announced Tuesday (November 24). They are the first Korean pop group to break into a major GRAMMYs category.

See their adorable reaction to the news, below.

In Esquire's Winter issue cover story featuring BTS, member RM admitted that the group would love to be recognized by the academy someday.

“We would like to be nominated and possibly get an award,” RM shared. “I think the Grammys are the last part, like the final part of the whole American journey. So yeah, we’ll see."

Last year, the group appeared at the GRAMMYs as presenters and performed "Old Town Road" (with lines from the remix "Seoul Town Road") with Lil Nas X.

BTS' 2018 album Love Yourself: Tear was nominated for Best Recording Package at the 2019 GRAMMYs, but the nom was technically not earned by the group themselves. Bill Freimuth, the Recording Academy's Head of Awards clarified to PopCrush that "the group is not nominated in any performance or songwriting categories] this year, rather the art director is nominated for the package design."

Since the official cutoff for the eligible 2021 GRAMMYs nomination was August 31, BTS' BE (released November 20, 2020) could potentially score an Album of the Year nomination in 2022. But for now, we will happily celebrate the groups first ever nomination and hope for a performance at the actual awards show.

Check out reactions from ARMYs, below: