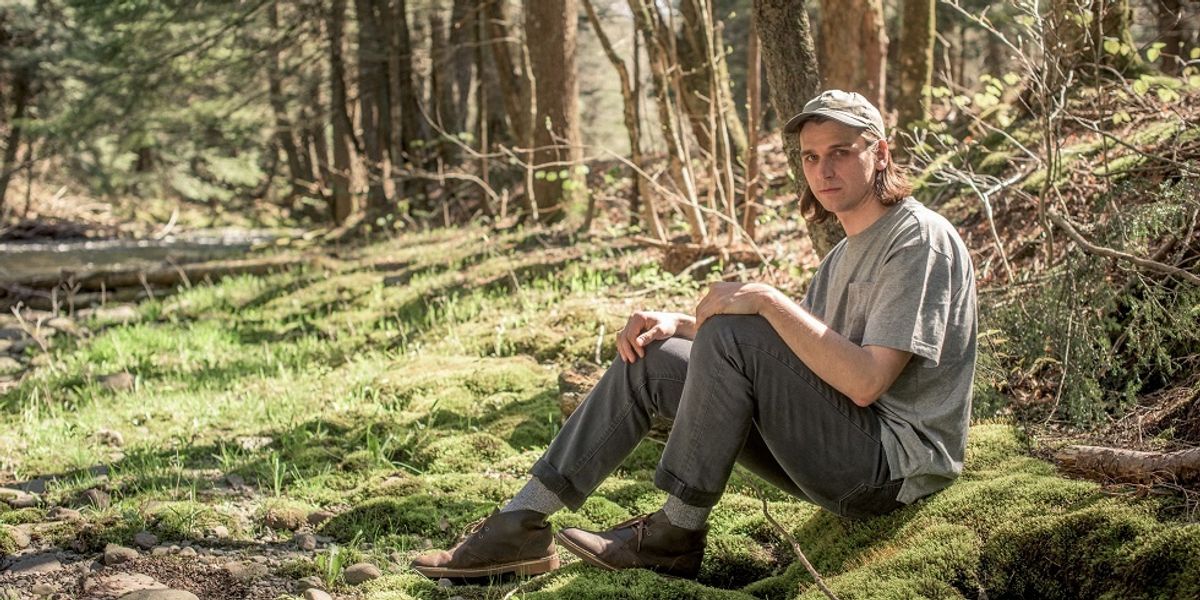 When Brothertiger’s John Jagos takes a break, he means it.

For the Ohio-born, New York-based master of emotional synthpop, his career has already been full of notable twists and turns, from starting his project out of his dorm room to opening for acts like JR JR on the road, his shows often just consisting of Jagos surrounded by keyboards, making every piece of his sound happen while singing in a trucker’s cap. After the release and subsequent tour of his third full-length, 2015’s mature Out of Touch, he worked with Reimagine Music to craft a track-by-track recreation of one of his favorite albums of all time: Tears for Fears’ seminal Songs from the Big Chair. That loving tribute was released in 2017 — and then Brothertiger disappeared. Sure, he’d pop up with the occasional noteworthy remix, but all in all, fans of Jagos were left in the dark of his activities for some time.

“I had a period of time where I was moving my studio around a lot,” Jagos admits when talking to PopMatters. “I’ve realized that it’s nearly impossible to have a decent production room in New York that is quiet, decently-sized, and relatively cheap. I finally found a good spot last November, and that’s where I finished up writing and recording Paradise Lost. But in terms of a break in writing, I had a few big projects that took up a lot of time creatively, including the Tears For Fears cover album. That was a huge ordeal. [laughs] I’ve also realized that I am very “slow” when it comes to writing music. I really sit on things for a long time. I let ideas sink in. That was definitely the case with Paradise Lost. I think I started writing it in 2017.”

Following the 2019 release of his A Chain of Islands EP, 2020 has proven to be an outpouring of new material for Brothertiger, ranging from his all-instrumental Fundamentals Vol. 1 record to the release of his fourth studio full-length proper, Paradise Lost. It is a propulsive record, filled with the catchy mid-tempo soundscapes that his fans have grown to love, even if, lyrically, it takes on more fatalistic poses. It’d be easy to say some of this content has been inspired by the rolling hellscape that is the year 2020, but, as Jagos describes it, this record was all but finished before the quarantine.

“I started it in 2017 and finished writing it in January of this year,” he notes. “It was actually mastered right when quarantine started. It was mixed in February. We (myself and my friend/co-producer Jon Markson) were completely happy with the mix and masters as soon as we finished at that time, so we never reconsidered things in the midst of quarantine.”

“I haven’t really left Brooklyn since this all started in March,” Jagos continues, “so I have been feeling a bit stir-crazy lately. My routine hasn’t changed much. My studio is just down the hill from my apartment, so I get a nice walk in on the way. I’ve been working on some production remotely for a few artists and working on a few sample packs. It’s been a bit different in terms of the work involved, but it’s a relatively similar vibe.”

On the Paradise Lost track “Shelter Cove”, moody night-sky keypads soon bleed into a full Depeche Mode-styled power-chorus. That chorus’ hook rests entirely on Jagos’ rasp of a voice, sturdy and distinct, and a far cry from the high-end whisp it was back on his 2012 debut record Golden Years. Over the past decade, his relationship with his singing instrument has changed perceptibly:

“I’ve grown a lot more confident in my vocal delivery since Golden Years. I’ve learned a lot over the years in regards to recording my own voice. I used to be ridiculously simple with how I recorded it, going straight into an audio interface with an SM58. Things have gotten a bit more ‘technical’ since then. [laughs] I think I’ve just become a bit more comfortable in how I sing because I think I’m more comfortable in the music that I’m currently making if that makes sense. Golden Years was written at a time when I was still discovering what kind of music I wanted to make, so I was a bit unsure of how I wanted to sing. I think I’ve come into my own in terms of that.”

If Golden Years gleaned of summer-day optimism and escapism, Paradise Lost, while not a “downer” of a record, nonetheless feels darker and more reflective than anything else in Brothertiger’s discography up to this point. On the moody pastiche that is “Swing”, replete with ’80s synth-bass plucks, Jagos sings of how “I can barely keep up as the darkness surrounds you,” pointing to a somewhat more dire view of our lives and our future that has formed in the last few years.

“I think I was in a place of deep self-reflection when I was writing Paradise Lost,” Jagos explains. “Whereas Golden Years and Out of Touch were albums written about more relatable aspects of teenage years, growing up, etc., Paradise Lost had been a much deeper dive into more personal experiences. I think they are experiences that are still very relatable to a lot of people, but they’re not the kinds of things that are necessarily ‘song-friendly.’ But I feel like those kinds of moments are molding what kind of artist I am becoming. More and more, I’ve been finding inspiration for my songs in the strangest of places.”

Such strange inspirations lad to the creation of tracks like “Pyre”, a rousing night-drive of a number that feels like the narrator accepts their helpless role in a world filled with true insanity. The message still has gleams of hope scattered therein, but it’s also built off of a simple backward-warped lead line that never ebbs even as guitars come crashing in near the end, making for one of Paradise Lost‘s best offerings. To hear Jagos describe its creation, he notes how it was probably the hardest one to complete, nailing the chorus early on but having to go through at least “five different iterations of the verses before I settled on what they are now.”

“I feel like it’s the odd one out of the bunch,” he continues, “but I love how it progresses, so that’s why it made it on the record. This was a rare song in that I had some of the lyrics ready to go before the melodies. I typically write in the opposite fashion: drums and melodies come first, and then lyrics go on top. I had the chorus in my head for some time. It began from a lot of thought on seasonal depression and how I’ve personally dealt with it and then evolved into touching upon experience with acquaintances who have succumbed to suicide. It’s a pretty heavy song, but the point of it, moreover, the point of the chorus, is that life is worth living, through seasons changing and all this insanity going on in our world. I know it’s easy to say, but I feel like it isn’t said enough, so I thought it’d be a good subject for a song.”

Of course, as many musicians are learning in 2020, releasing new music amid a global pandemic is a challenging task, figuring out the right balance between safe and exciting. To hear Jagos describe it, some challenges, especially regarding touring, he was aware of from the onset.

“I had to go into this release knowing that I wasn’t going to tour on it,” he notes. “I had a pretty huge tour planned (I would be on the road right now), but we had to scuttle it due to COVID-19. In terms of live performance, I’m having to improvise with it, figuring out how best to stream a full performance and whatnot. Things are still being planned for it, so I can’t say much, but it’s become a completely different process instead of prepping for a tour. I started a general production stream on YouTube and Twitch when quarantine started, so that got me thinking about streaming a live performance. I also had to improvise with the music video for ‘Livin”. Originally, my manager and I had a few ideas for filming a video in the city with actors and such. Obviously, that idea had to be nixed due to quarantine. Luckily, we found an amazing filmmaker in Trevor Naud, who made this beautiful collage of video and made a story with it, all within the parameters of quarantine.”

Yet while he is planning to try out Bandcamp’s new video streaming platform on the day of Paradise Lost‘s release, he’s used Bandcamp for other good efforts, particularly around the release of the aforementioned instrumentals record Fundamentals, Vol. 1. Released on one of Bandcamp’s hugely successful, fee-waived Bandcamp Fridays, Jagos was able to turn the event around into a charitable cause, even if he was overwhelmed by the fan response.

“The whole experience of putting out Volume 1 was surreal,” he admits. “I didn’t expect people to be so into it. Apparently, many of my fans had been longing for an instrumental album from me! [laughs] I had no idea! But yeah, when I put it out on a Bandcamp Day, it was so amazing to see all the support for it and for Campaign Zero, the nonprofit I donated the proceeds to. I’m slowly starting to work on Volume II, but as is the case with most of my music, things take time. It also takes more live streams. [laughs]”

Through his pay-what-you-want model set for Fundamentals, Jagos could donate over $1,700 to his charity and has been happy to share the other times he’s been able to donate his revenue on days when Bandcamp waives its fees. Now, with all of these wheels of promotion in motion, Jagos might be able to take some time and get back to one of his true loves in this world: cycling.

“This quarantine has given me even more of an incentive to get out of the city and go on much longer rides,” he beams. “I ride with my friend Kenny, who does all the layout and design for my records. We both love going on really long rides that take us out of the city. The ride just depends on time and weather, really. On weekends we might do a decent ride out to Rockaway Beach and back, or we might go big and do an 80-mile ride across the Hudson into New Jersey and upstate New York. It’s nice to be able to get out of the city for a long day in the saddle.”

Perhaps it’s true: he’s found a respite and an oasis outside of a locked-down megalopolis. Maybe Brothertiger’s Paradise isn’t Lost after all.