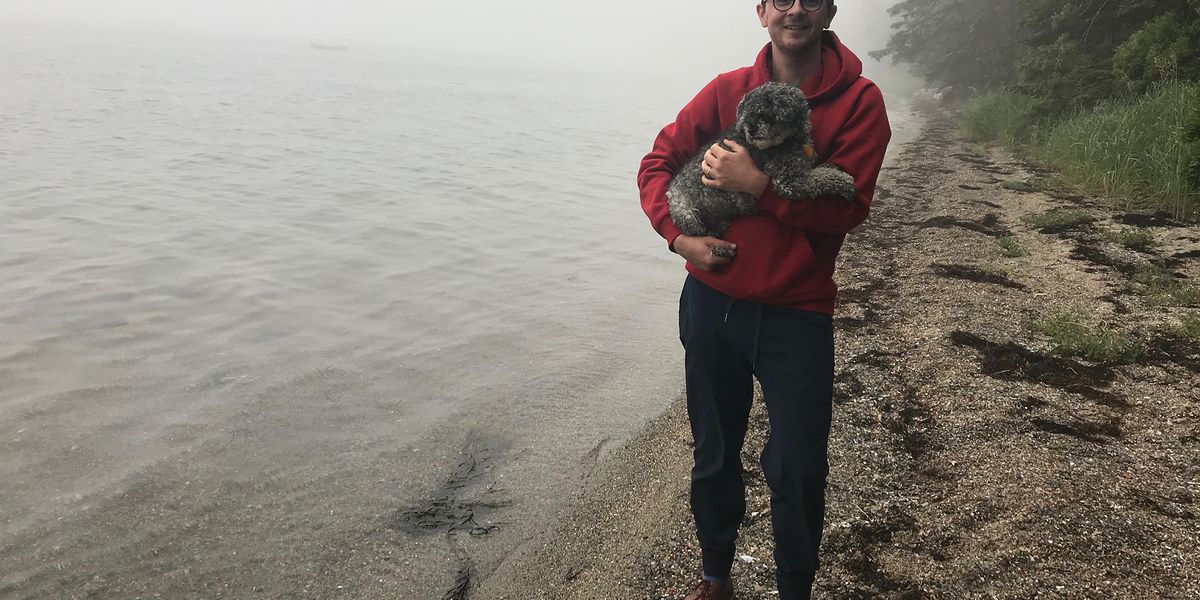 “Why is it so important to people that musicians be professionals?” Andrew Cedermark asked me. Over the phone, I heard a door open and Cedermark excuse himself. “I have an interview,” he whispered to his wife, who’d just returned from a run. “Oh. Cool,” she said.

Cedermark walked outside. “So, yeah, I’ve spent a lot of time talking and thinking about that part of the life of being a person who makes music. And I think it’s just what it comes down to is that it’s not for me.” He paused. On his end, a few neighborhood kids screamed into the late July humidity. A dog barked in the distance. It’s the kind of imagery he once built an entire album around. “And that’s okay.”

Life during the pandemic has changed life for everyone, but it’s been especially difficult for professional musicians. Reports of COVID-19 outbreaks drown out PR campaigns. New albums without accompanying tours are flattened in the endless digital universe of streaming music. Discussions about the importance of pop songs can feel trite (at best) amid the world’s reckoning over racial injustice.

But the expectations of the music industry never concerned Andrew Cedermark, whose third album, Fort/Da, his first in seven years, is out in October. Even if life were still like the Before Times, there would not be a national tour or a coordinated campaign to appeal to tastemakers. He would not be trying to re-establish his “brand” or generating “content” for social media. He’d be doing all the things he’ll still be doing this fall. He’d be teaching high school English. He’d be at home with his wife in New Jersey. Maybe he’d start the slow process of recording another album by himself.

My interview with Cedermark was not the result of a press agency pitch. I was just a fan who was surprised to see he had a new record on the way, so I emailed his label on a whim. My introduction to Cedermark was his debut album, Moon Deluxe, a record of blown-out guitars and crashing drums that often sounded like it was overwhelming the MacBook it was recorded on. On the final track, “I Won’t Know Me Anymore”, Cedermark sings, “We drank, we smoked, we slept, we knew: we are worth nothing.” It felt like a natural soundtrack for my life at 23, one that was as smart and effortlessly cool as I wanted to be.

At the time of Moon Deluxe‘s release, it seemed like every one of Cedermark’s friends from high school was finding success. His buddies in Real Estate became Pitchfork darlings after the release of their self-titled debut. Cassie Ramone and Katy Goodman, who grew up a few miles from him, were touring the world on the buzz of Everything Goes Wrong, their second album as Vivian Girls. Titus Andronicus, a band Cedermark played in for a stint alongside his childhood friend Patrick Stickles, would release their critically acclaimed epic The Monitor, which appeared on countless critics’ year-end lists.

Moon Deluxe attracted similarly positive attention, but Cedermark wasn’t interested in taking the same path as his friends. He toured with Titus Andronicus in his early 20s but was put off by the lifestyle. “I realized that it was a cultural echo chamber. You would go from one city to the next, and everybody looked the same and they all kind of liked the same music. And I think life’s a little too short to surround yourself with people who are just like you,” he said.

So he left New York for Virginia before eventually returning home to New Jersey. He did some substitute teaching. He worked for a few small newspapers. He released an album about being at home rather than on the road called, well, Home Life. “The thought is that you’re on the road being an artist,” he told SPIN in 2013. “But when you’re on tour, and you’re driving around, going from town to town, you’re not really engaging with the stuff of life and everything that makes your art relatable to other people. That you can’t be at home and just writing your music and living your life has created an environment where, lyrically, at least, the indie rock we consume is disconnected. The things that people say have little to do with what’s happening in people’s lives.”

Unlike Moon Deluxe, Home Life was recorded in a proper studio and sounded like it. Also unlike Moon Deluxe, it didn’t receive much attention. Cedermark returned to recording songs on his own, but he also began a new career as a high school English teacher. Compared with indie rock, he was refreshed by the lack of pretense in education. Cedermark instantly knew whether or not what he was doing at the front of the classroom was working. If he sucked, his students made it clear. They especially didn’t care that Pitchfork had given him an 8.2. “I had this sort-of self-important feeling in my early 20s for having been noticed by the right music writers and things like that,” he said. “It’s gratifying to realize it’s all meaningless.”

His new album, Fort/Da, was written and recorded when he could find the time between teaching full-time and taking graduate courses. Unlike the professional sheen of Home Life, it was recorded mostly on an iPad via its internal mic, something that Cedermark realizes will be scoffed at by analog purists. He couldn’t care less. “I always try and use whatever the easiest tools are to make the best music in the most unpretentious way possible,” he told me.

The result is an album that sounds markedly more mature than his previous records. Moon Deluxe and Home Life had a sense of immediacy — the songs were often loud and featured anthemic choruses that begged you to pay attention. Fort/Da realizes that’s a trap; it’s a record that rewards repeat-listeners patient enough to appreciate its lo-fi yet sophisticated ambition. There’s banjo (“Rain on the Lawn”) and slide guitar (“Sliding”) alongside orchestral synth-pads (“My Heart”) and atmospheric slow-burns (“Rows and Rows of Roses”). On “Not Enough” (premiered below), Cedermark’s guitars gradually build alongside a seemingly endless amount of synths, waiting until the fifth minute before finally pushing the song into flight. “Astral”, one of the record’s standouts, repeats the same slinky bass line over-and-over, as Cedermark’s vocals and an arpeggiator swirl into a blissed-out wall of sound.

And while his earlier work primarily dealt with facing adulthood, Fort/Da‘s scope is more expansive. The title is a reference to Freud, who noticed his grandson fascinated by a wooden reel with a string attached. He’d throw the string away and utter “o-o-o-o” (which his mother believed was an attempt at “fort”, German for “gone”) before pulling it back and joyfully saying “da” (“there”). Cedermark’s Fort/Da imagines what happens when the string finally breaks. “People have been talking for a long time about how it’s the End of the World,” he told me. “And I don’t think it’s the End of the World, but I do think it’s a moment where all of the predictable cycles we’ve built our consciousness around are really spinning out of control.”