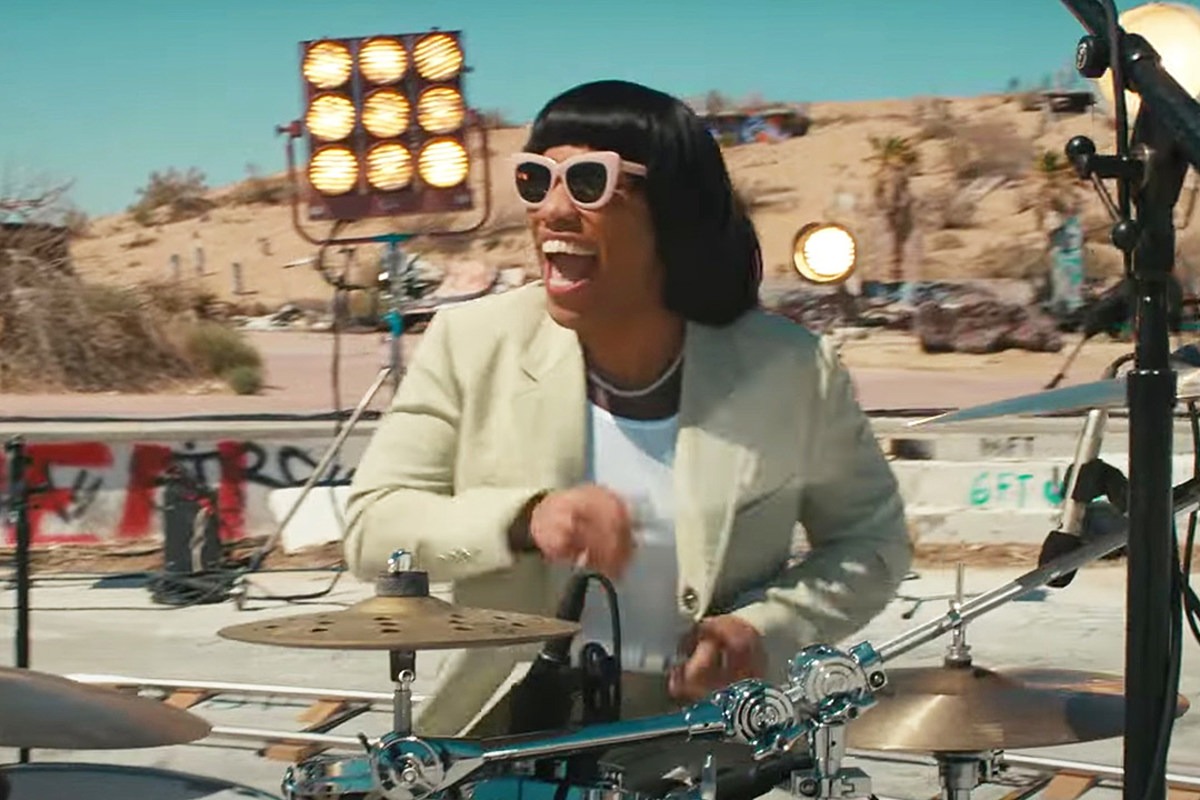 Anderson .Paak sat in on the drums with BTS during a live stream performance in celebration of their new anthology album, Proof.

On Monday (June 13), Anderson .Paak surprised hip-hop fans when he joined Korean group BTS to lay the beat down on the group's new single, "Yet to Come (The Most Beautiful Moment)." The jam session between .Paak and BTS was part of a 25-minute video called Proof Live, which sees the wildly popular band performing a number of the new tracks featured on their recently released album.

The three-minute performance shows Anderson .Paak seemingly having the time of his life, smiling from ear to ear in his signature wig and jamming on a zebra-striped drum kit. When the song was finished, the Silk Sonic artist wrapped up the surprise guest appearance by greeting each member of BTS to chop it up for a couple minutes. The jovial conversation provided some insight into how BTS linked up with .Paak through various encounters over the past few months and how he became a full-fledged member of the BTS Army. In perfect Korean, the 2016 XXL Freshman also explained how much respect he has for all that the global group has accomplished.

Just prior to Anderson joining the Proof Live performance, hip-hop made its presence known when BTS performed their song "Born Singer," which contains a sample of J. Cole's "Born Sinner."

It's well-documented that Anderson .Paak is a huge fan of K-pop. In fact, it was just announced last month that the Ventura rapper is set to direct his own movie based on the popular form of South Korean music. The film will be called K-POPS! and .Paak will take on a starring role as well.

Watch the full BTS Proof Live performance below. Fast-forward to the 4:20-mark to see Anderson .Paak play the drums on "Yet to Come (The Most Beautiful Moment)."

Do you believe in manifestation?