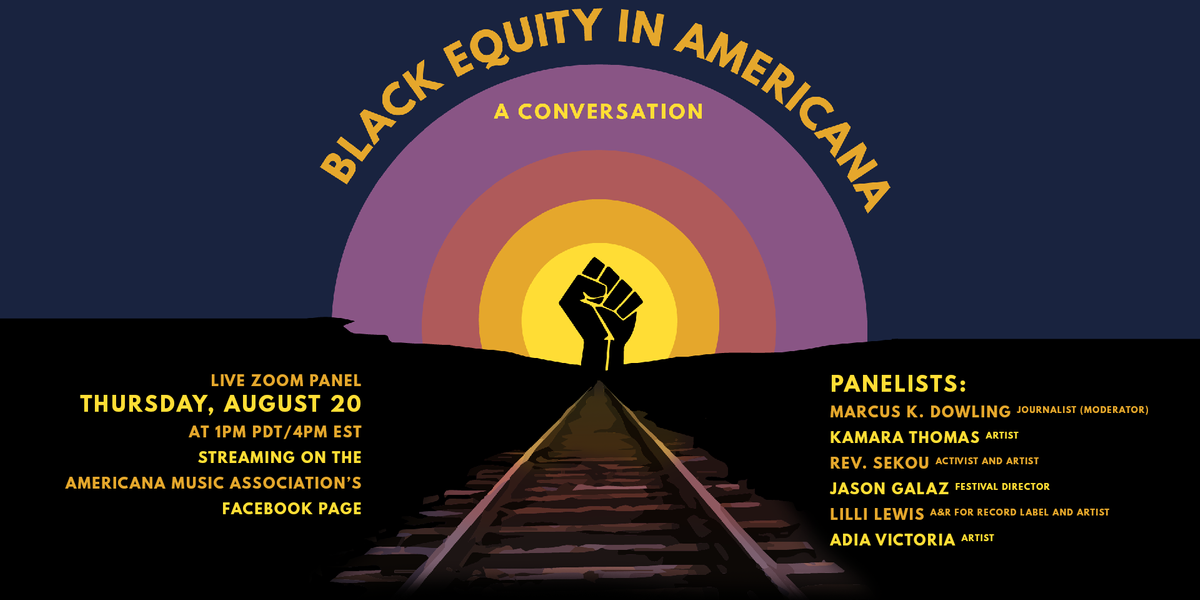 Journalist Marcus K. Dowling moderates the panel (VICE, Complex, Pitchfork). Publicists Devon Leger, Nick Loss-Eaton, and a group of other publicists have organized the discussion with the hope of advocating “a more significant presence for Black artists and industry leaders as stakeholders more broadly represented in Americana’s present and future, not just as acknowledged influences on its past”.

Rev. Sekou, author of Urbansouls: Meditations on Youth, Hip Hop, and Religion and Gods, Gays, and Guns: Essays on Religion and the Future of Democracy, and the upcoming Riot Music: Race, Hip Hop and the Meaning of the London Riots (Hamilton Books), recently spoke with PopMatters about the panel. In addition to his activism, the Arkansas native has recorded three albums in recent years, including In Times Likes Theses (2017), and When We Fight, We Win: Live in Memphis (2019).

“There’s a great reckoning happening in America,” he says. “We find ourselves having to wrestle with fundamental questions of what’s happening with American democracy with a monster in the White House. All musical genres are wrestling with aesthetic choices, what kind of music is played, about ownership, about who has what in terms of record deals, contracts, publishing rights.”