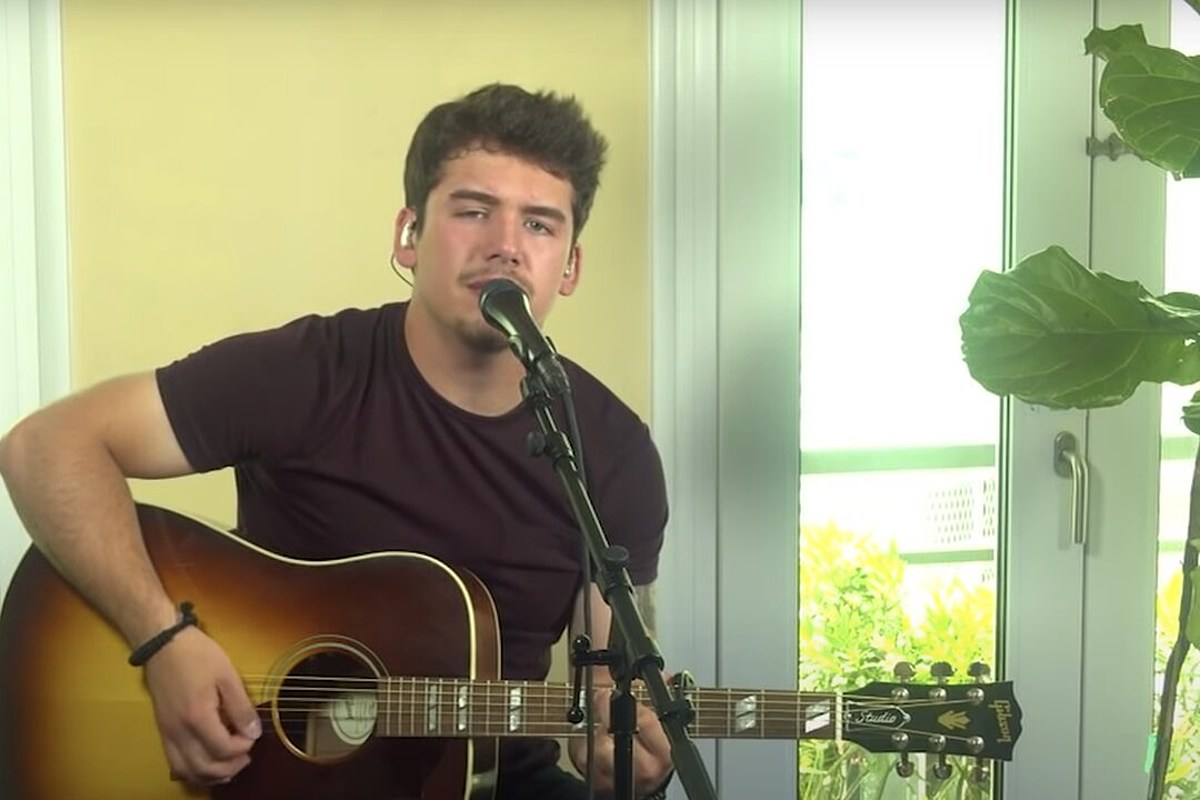 Noah Thompson has soared through American Idol all season long. But on Sunday night (May 8), the Top 7 finalist found himself facing a unique and unexpected challenge. Going into the special Mother’s Day episode, the fan favorite found out that he had tested positive for COVID-19.

Host Ryan Seacrest announced Thompson’s illness at the top of the two-hour program, amd luckily, the illness didn’t throw many wrenches into Thompson’s performances, as he was able to deliver two of them virtually from the comfort of his hotel room.

First, he performed an acoustic version of “Painted Blue” by Sunday Best as part of a theme that involved viral TikTok hits. He let his vocals shine as he flaunted his natural rasp on the stripped-down take, and afterward judge Luke Bryan praised Thompson for his solo performance.

“American Idol is so good at finding stars, and they are stars whether they’re on the stage or sitting in a hotel room with Covid,” Bryan remarked. “Great job! Well. Feel better, and listen for everybody in the room, man. It was one of the best performances we’ve heard.”

For his second performance of the night, Thompson delivered Fleetwood Mac's “Landslide,” later recorded by the Smashing Pumpkins and country's the Chicks.

Although the theme for the second showcasing was aimed at honoring mothers as part of Mother’s Day, Thompson dedicated the song to his grandmother, who raised him. He also noted that his grandma's role in his life helped him become a better father to his son, Walker.

Of his second performance, Bryan said, “Noah, when you go to record your first record, you’ll probably need to build a mobile studio in that room because the right vibes are happening there. Great performance!”

“I don’t know what has happened here. I’m not going to wish you any bad luck. But when you’re sick, you’re sounding a lot better. I mean, when I say that believable growl in your voice, that texture, that’s called selling. You nailed it, and I love it,” Lionel Richie added.

“I think adrenaline took over, Noah. I think you had to surrender and be like, ‘I’m just going to do the best I can,' and you did the best you had ever done tonight,” Katy Perry noted.

As with Thompson, each hopeful performed twice during the telecast. In the final moments, host Ryan Seacrest deemed Thompson safe from elimination. Jay Copeland and Christian Guardino were sent home.

American Idol returns on Sunday, May 15 on ABC.

Carrie Underwood invested her money wisely after winning American Idol in 2005. One of her first big purchases was a 3,099-square-foot home in the well-to-do Nashville suburb of Franklin, Tenn. Underwood paid $384,000 for a luxurious 3-bedroom, 3.5-bathroom stone and stucco home in a private gated community.
The house features a library, a vaulted ceiling and lovely amenities throughout, but while it’s very nice, it’s certainly not the kind of home you’d picture for a budding country superstar. Underwood wound up being a huge success right out of the gate with her debut album, Some Hearts, and she sold the home in Franklin for $372,500 in 2007, when she purchased the Brentwood mansion that she would later share with her husband, Mike Fisher.